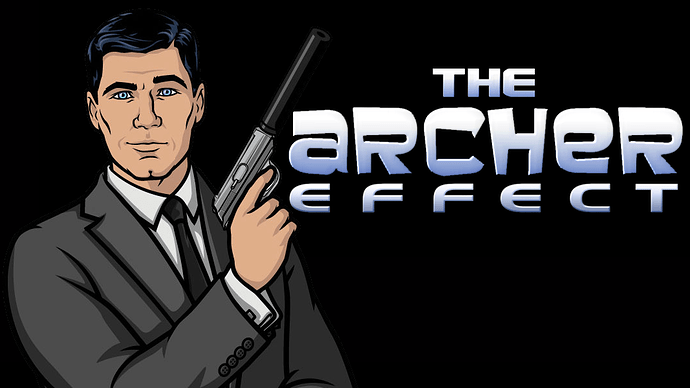 What is it?
The Archer Effect is a comedic, spy-themed sci-fi fan-fusion between the animated TV series Archer and the video game series Mass Effect and animated in Blender.

What’s the Premise or Story?
In an alternate version of the Archer universe, somewhere around Season 1-2, the gang gets transported, via a coughclichéd sci-fi plot devicecough dimensional transfer device, into the Mass Effect universe and finds whole new worlds to screw over with their antics.

In the first arc (a two-parter), the Archer gang gets stuck inside the bodies of several of the crew from Mass Effect and attempts to figure out how to separate themselves again, of course with everything going as wrong as possible.

Screenplay
Here’s the script for the proof-of-concept short, which takes place during this arc: https://drive.google.com/open?id=0BxMa_9hBwMs4UXd4TUk4ZmJhT3M

And here’s a rough chart showing which characters are which, for visual reference: https://drive.google.com/open?id=0BxMa_9hBwMs4RVdzNW9fdjBKa0pIOEdQNkd3QnhFbzVvT0E4
Format & Production Value
The series will feature 21 to 22-minute long episodes. However, in order to make this doable, the production values will be patterned after Archer’s, where it employs long scenes with minimal action, TONS of dialogue, and reused sets.

The idea is to put the burden of episode quality on the writer(s), director(s), and voice cast. Even if that means taking advantage of every shortcut in the book.

Again, the point is to make a good episode by telling a good story, not by breaking our backs over production quality.

The Goal We hope to create a fun environment where we can develop a TV-styled web series with professional enough results to help build good portfolio and resumé material, while also learning to avoid the pitfalls and hangups that often come with the territory. The Journey Thus Far I got the idea to do this crossover about a year ago. I wanted to do something with my love of Archer, and this seemed like unique, but surprisingly appropriate, territory to do it in. I originally looked into Source Filmmaker (SFM) to animate it and it seemed very promising. Then I spent about a month or two writing a script for a proof-of-concept episode that would mostly use existing assets (link to script at top of post). Earlier this year, I started collecting those assets and getting set up in SFM, but soon found out that one of the main characters wasn’t rigged for auto lip syncing, which is very necessary when your animation is 90% dialogue. So, realizing I’d have to build a rig from scratch, I figured it’d be better to just move everything to Blender and avoid dealing with a complicated import/export process every time a change was needed. The rest of the journey has been learning about Blender and going through trial-and-error to figure out which method is easiest (i.e. BlenRig5 turned into a month-long process and still produced problems, due to the model, so we switched to Rigify and Shape Keys for rigging).

The Current Team
We consist of two voice actors, one animator, a general production assistant, and me. I am the writer/director for the series and one of the lead voice actors, as well as the current rigger (it’s a lonely job).

Who Do We Need (In order of priority)

Bonus: Lighting Experts and Rendering Experts
NOTE: If you’re interested in being a writer or director, send me samples of your work. Directors will also be expected to contribute to other parts of production (i.e. modeling/animation/technical stuff, etc.)

Also looking for people to help with/consult on production management, since I have more experience with live action productions than 3D animation ones. Just giving advice and checking in every once in awhile would be absolutely wonderful.

Level of skill required/recommended: if you don’t suck, can follow tutorials, and are able to put in a good amount of work (less than a part-time job or school), then you’d be a great fit! Another bonus, for animators, is if you have any experience animating long, uninterrupted scenes/sequences (like a conversation scene).

What We are Working on Now The Pre-Pilot/proof-of-concept episode, mainly. The biggest issues with this are getting the rigging finished, since we need those before we can start blocking animations. We also have one character that may need to be created (unless we can find someone who can port it from Mass Effect 3). But all the props are done and sets are mostly set up (materials could use Fresnel and such, but nothing big), and the characters we do have are all set up (minus rigs).

Example images from the blog: 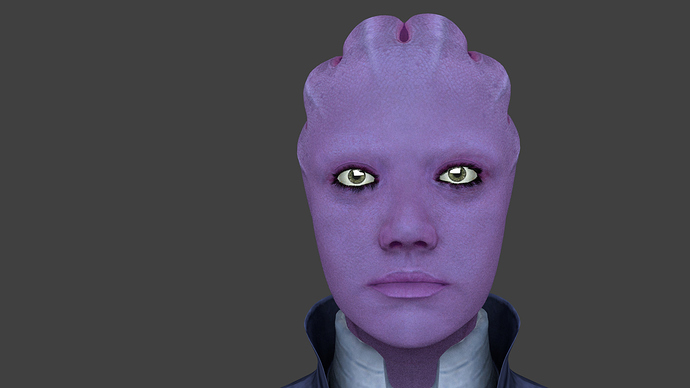 Part of the main set, all prepared for Cycles rendering (rendered at 500 samples) 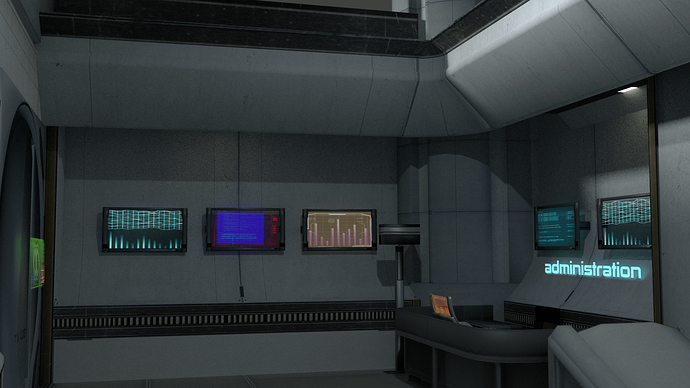 More photos, video and info on the blog at: thearchereffect.tumblr.com

If You’re Interested Send me a PM or email me at [EMAIL="[email protected]"][email protected][/EMAIL]! If you have any questions or comments, leave a reply to this thread or contact me through the above channels.