I’m trying to get this model to work for VrChat but as of late when i’ve downloaded this file format bones seem to be out of place or if they aren’t i get a red mesh outline in area’s where later in the process those area’s become faulty bones. I don’t know how to fix it due to being a noob so any help would be greatly appreciated. The imported fprmat of the model is xps via a plug in. it’s worked before but it’s just recent models. The bones seem to be in place in the 1st image but clearly not in the one following. 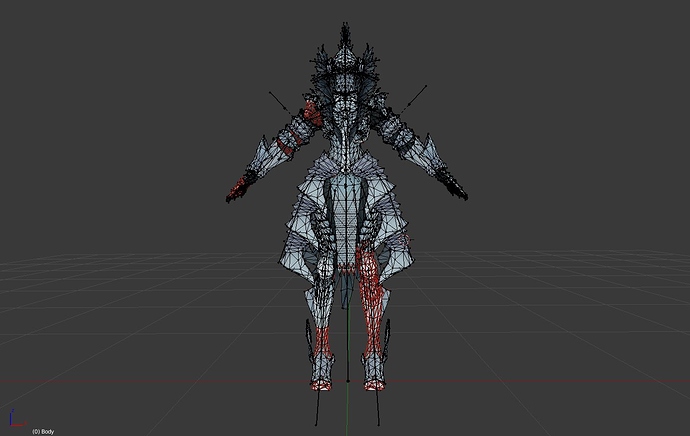