I just installed BlenderBIM a couple days ago and I am really excited to jump in because I do architectural visualization as well as drafting so I think this will be a tremendous help!

But looking around I was not able to find a whole lot of information about how to use the addon. I found the first project tutorial on the BlenderBIM website but I don’t really know where to go from there. Are there any tutorials on full projects for creating a house and then turning that into a layout or something?

Thanks in advance for the help! I can’t wait to add this to my skillset!!

@Stavson534 perhaps you may be interested in this initiative? So many of these tools are very new, but there is a community of people committed to making it happen, so hopefully you’d be keen in joining in

If you’re keen, sign up to the OSArch forums and join in this Saturday!

That is awesome!! Count me in! Extract from the article below. Also, the BlenderBIM Add-on is mentioned (at the very bottom of the article)! Let’s continue to push for free software and open-data standards based IFC/BIM authoring programs in the AEC industry!

In the thirty years we have been following the AEC technology market and the 18 years in which AEC Magazine has been dedicated to the BIM process, we have never seen the likes of this — an open letter from a community of national and international design practices venting their angst at a technology supplier. These are sizeable, mature BIM practices which include Zaha Hadid Architects, Grimshaw, Rogers, Stirk, Harbour and Partners and many more.

The letter to Autodesk CEO, Andrew Anagnost succinctly details how they:

…and in the blue corner, a veteran with 105 knockouts 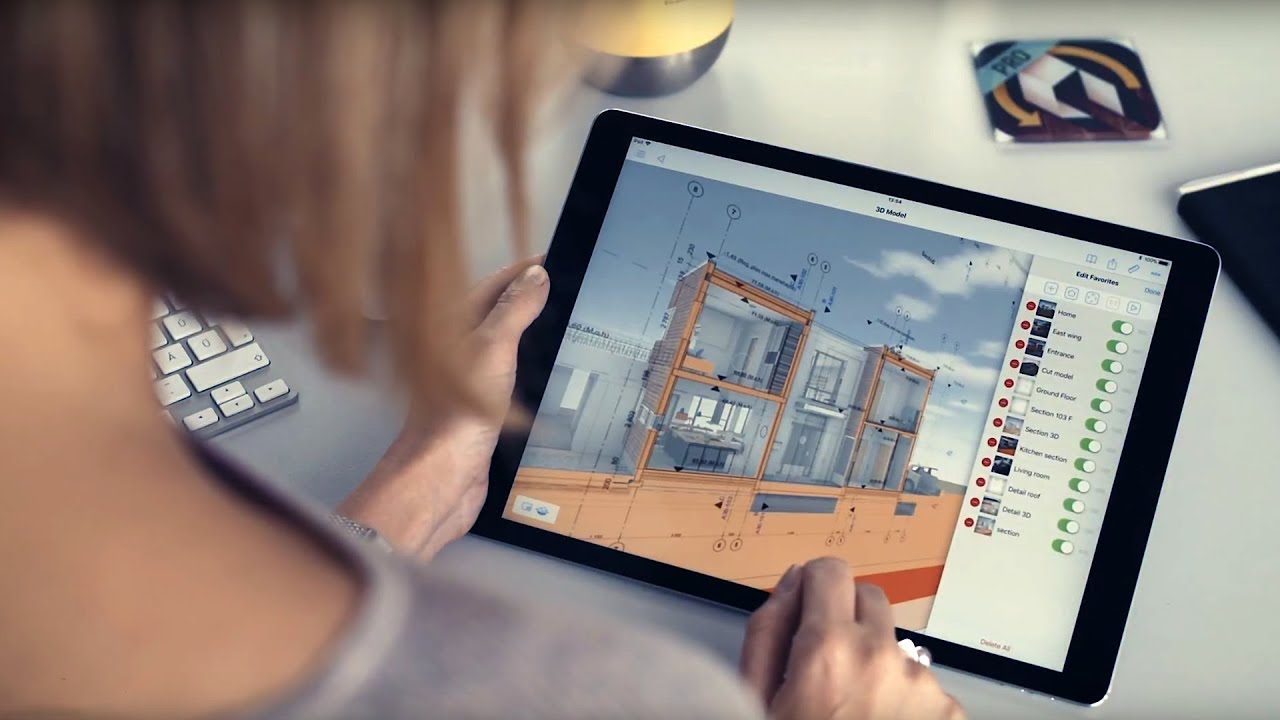 I like to sketch. I never learned 3D sketching myself, but I did a lot of 2D sketching when I worked in an architecture firm. One issue I’ve always noticed is how BIM programs are generally not friendly to the early concept / design phase when it comes to artistic experimentation. We tended to use a lot of other 3D programs for concepts, and 2D sketching, and would later have to re-model in BIM programs.

Wouldn’t it be nice, if, say, we could sketch in 3D and use it in BIM software, and even assign them semantic metadata, so that from early concept to late stage - the BIM components are seamless? But more importantly, the design intent has less potential to be lost as the design changes hands from the designers to the drafters in larger firms?

Say, for example, this little piece of fusion urban design: So, greasepencil + IFC? Let’s do it! And, let’s take the IFC and bring it into Revit (I have selected an IfcStair as an example)! … another angle, with more prominent greasepencil … Let’s take it a step further and start cutting sections and annotating: … and one more section for kicks: The greasepencil to IFC conversion still has some quirks, and Im sure I’ve broken a lot of geometrical topological rules in the process, but as you can see some of it certainly comes through nicely. A starting point, I guess. The IFC file is only 7.1mb Thanks for all the work. I am not able to enable addon on either blender 2.83.4 or 2.90 . I removed the old addon saved preferences and restarted blender then install new version and no luck.

@Ector3 one possibility is that you are upgrading from an old version where the upgrade process was not smooth. Can you attempt to manually rename your add-ons dir folder to “start fresh” and see what happens?

noidtluom, I did as you said and renamed the addons folder to start fresh, but no change. Blender starts as normal, but cannot enable blenderbim

Ok It worked. I had renamed the folder at the installation folder instead of the folder \AppData\Roaming\Blender Foundation\Blender\2.83 . So thank you it is now enabled and ready to play with it.

Thanks for the improvements !!

noidtluom, to be clear though, I could only enable the addon when no other addon is enabled . Renaming the folder start fresh only made blender start with no addons. when I copied all my other addons back to the addons folder blenderbim will not showup in anymore. I am a windows 10 user

WOW this is superkool, I imagine the future like this!!! Finally

@Ector3 Yes, this sounds like an issue of upgrading from a very old version of the add-on.

Old versions of the add-on was not packaged cleanly - this mean that there were some files that “spilled” outside the add-ons dir. Therefore, when you copied all your old add-ons, you probably accidentally also copied some of the “spilled” files.

Try this - go into your add-ons dir, and look for any of these files (not inside the blenderbim folder):

If you see them, delete them. Then see it that helps. If you’re online, send me a private message and we’ll share screens and I can help make sure it’s done safely.

Yes, that worked. After deleting all those file everything is ok. Thank you

This is the ONE YEAR MILESTONE RELEASE of the BlenderBIM Add-on! We’re releasing v0.0.200829 with 70 new features and fixes. 389 people have taken the pledge for a more ethical built environment. It’s our built environment, help support the BlenderBIM Add-on: 100% free and open source software that lets you author and document BIM data fully to ISO standards. It’s built by the AEC community, for the AEC community. Get it today: https://blenderbim.org/ 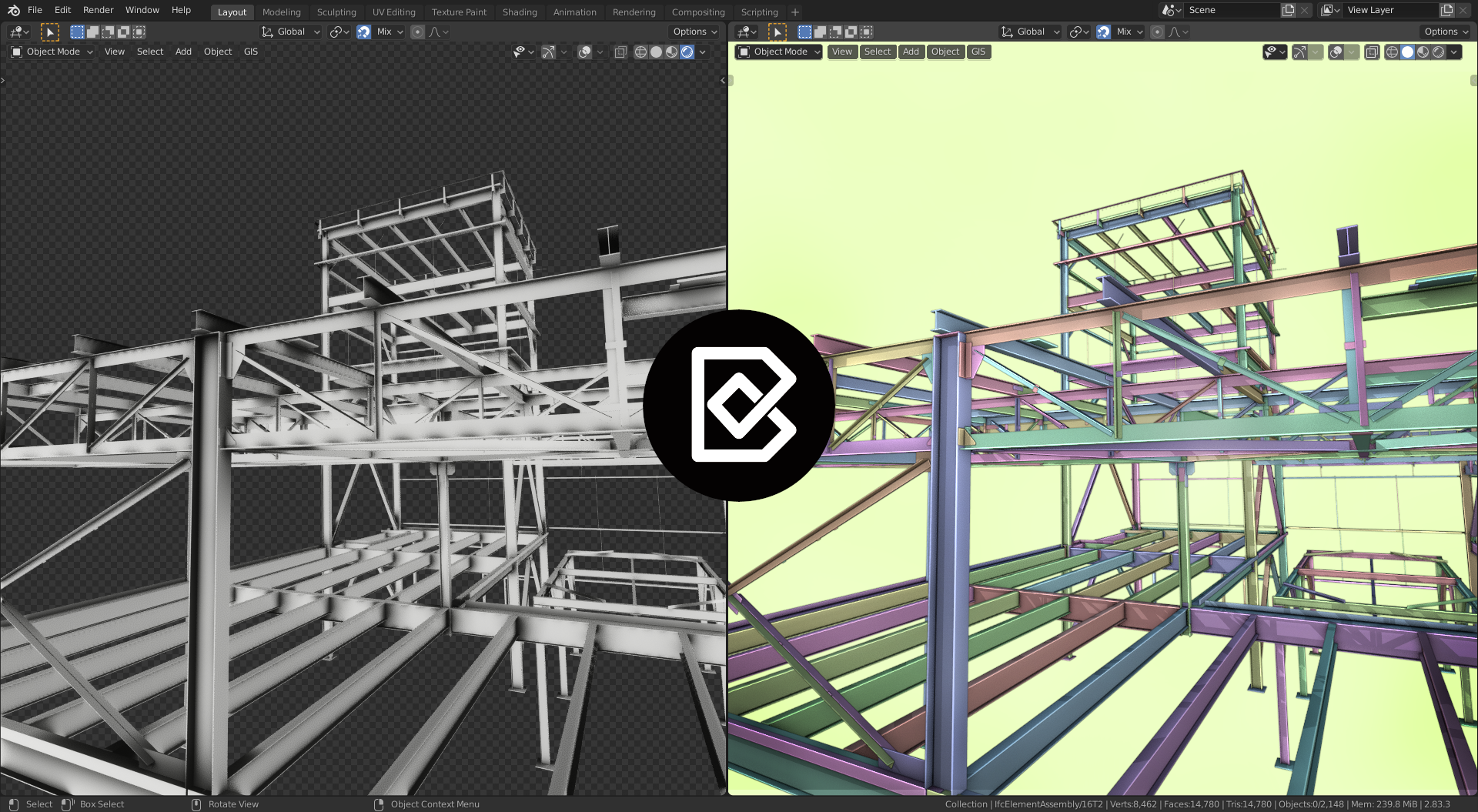 where i can find examples for reinforced concrete frame. In particular, rebar with difference diameter in the same beam?