I’m playing around with this little battery scene, inspired by Blendercookie’s tutorial. I’m using cycles, because Luxrender is taking a little too long for my taste.

Besides the fact, that I can’t make up my mind whether I want a white plastic wrapping or a shiny metal foil, I’m not at all satisfied with the plain metal terminals. At first I used a shiny anisotropic material and got at least a metallic look, but I’ve realised that batterie terminals aren’t that shiny and actually not anisotropic. They are much rougher and blurry, so I went with a glossy-diffuse mix, but now they don’t like right either.

Any advice on how to set up a shader for the look I’m going for? Of course, I’d be happy to hear critique about the rest of my scene as well, I’ve tried to make something out of it. 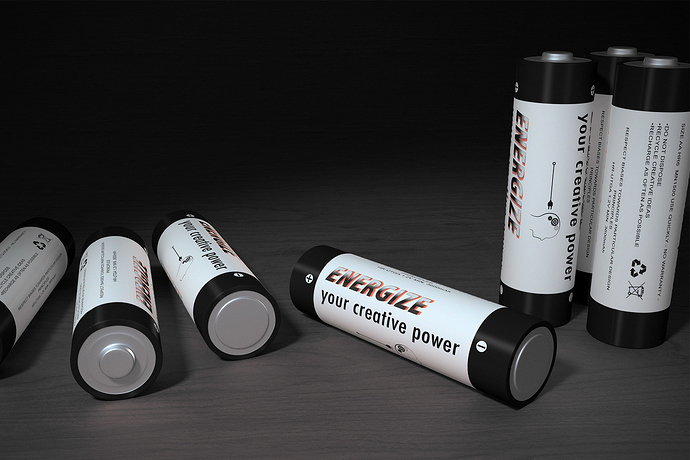 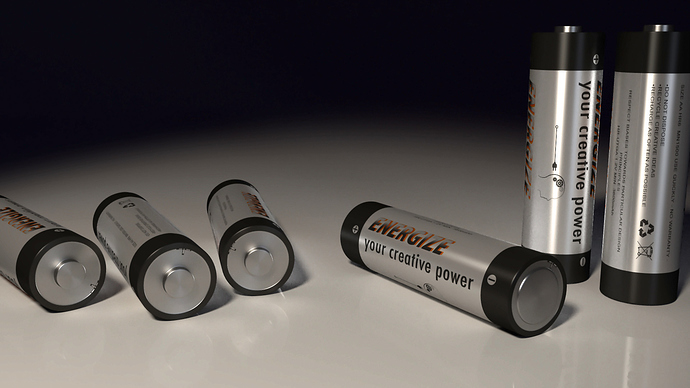 Thank you! The thread about materials gave me good input for a lot of things.

However, I wanted to experiment with Luxrender a little and did the same scene again, tweaking the reflections. I’m quite happy with the result. Of course it doesn’t look perfectly realistic, but I guess nothing does, unless you put it in some realistic context.

Rendertime: 15 hours, although not much changed after 3-4 hours. 500 samples per pixel. I liked playing with this scene because I got the render settings to get the efficiancy up to 2500%, which appears to be pretty fast for Lux. I created walls and a ceiling around my scene; although not visible that doubled the efficiancy, but also brightened up the shadows. 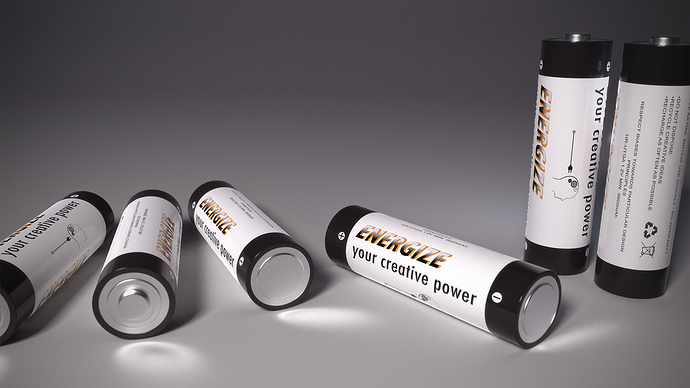