Here’s my latest work, my entry for the bg dreamland comp. hope you enjoy it! and best of luck to all the other participants! 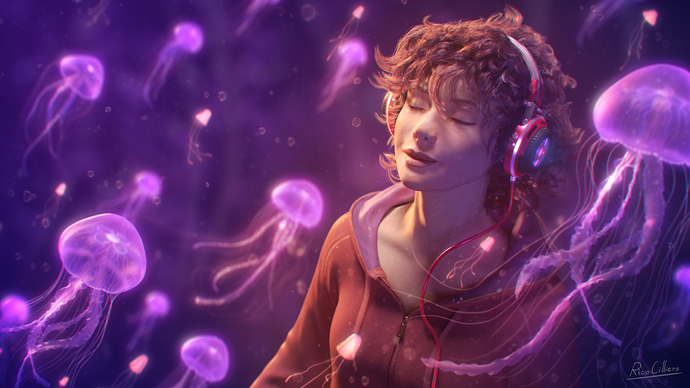 I like it, reminds me of the old scifi movie “Sphere”

Great work, I love it!

Beautiful. I think yours is the best entry I’ve seen so far, and has a good chance of winning!

Thank you all guys! I appreciate the great feedback!

Beautiful picture. I love the concept, the lighting and the facial expression. It brings me good vibrations

It’s awesome and very pleasing but it could use some glow to enhance the dreamlandish effect. Something like this: Of course, it’s just my opinion and might be subjectively unfit for your vision.

Great work! it is not only good looking but creative. The composition and the lighting are complementary. You have a lot of feeling getting out this picture.

It’s awesome and very pleasing but it could use some glow to enhance the dreamlandish effect. Something like this:
[ATTACH=CONFIG]425763[/ATTACH]

Of course, it’s just my opinion and might be subjectively unfit for your vision.

Good call in my opinion, the glow really brings it out.

Thank you all guys! @bigbad thanks man! great suggestion about the glow.

it does make a difference indeed!

Very nice! You have done a stellar job portraying a daydream!

watchout! Those jellyfish are going to burn her skin off!

Hey guys! (Sorry for the bump lol) I just saw that I’ve actually won the competition! This is a big moment for me! I’d like to thank you guys once again for all the awesome feedback… http://www.blenderguru.com/competitions/dreamland/

Also, some guys have been asking about how I did this (particularly the hair) so I recorded a quick and dirty video of this. It’s rather crappy, but I hope anyone who is interested will get an inkling of how I approached it. here’s the link:
[video]https://youtu.be/-kOKVWrhwz0[/video]

This should go to the Gallery! It’s really nice composition and just everything is made with attention and in right proportions. This might be be nice part of musical video clip. Good luck!