This is going to be my entry for the Winter Competition. First big project for a competition. Just thought I would get some constructive critics. Thank you guys! 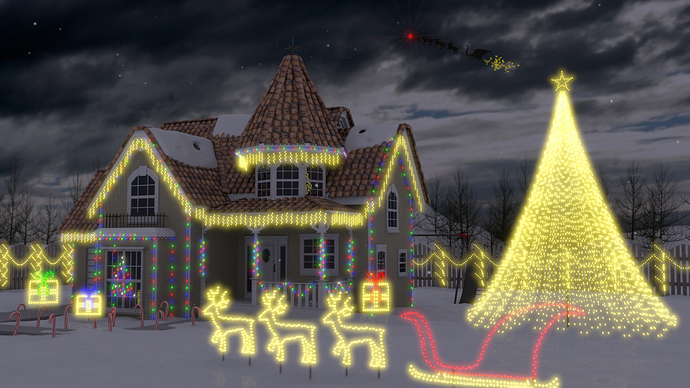 Good start, but here are some things I noticed. First is that all of the lights seem too uniform, all the icicle light hang the same direction, and the lights around the window are the same pattern as the ones in the corner, some mabey just offset them a bit. I think the backgound needs to be darker and lower the lighting in your scene, then use indirect lighting so the lights effect the snow and house. Finally the few patches of snow don’t look right. The snow should probably cover the entire roof since the ground is covered, if you still want to show off some of your roof shingles, it should probably be on the steep parts and the peaks where the snow would fall/melt first and the area above the porch which is mostly flat should be fully covered. Good luck.