I would take this in ANY FORM. I don’t care what it looks like as long as it’s multi line.

Take that. Activate WORD WRAP. Put it in a regular resizeable panel shaped like this: 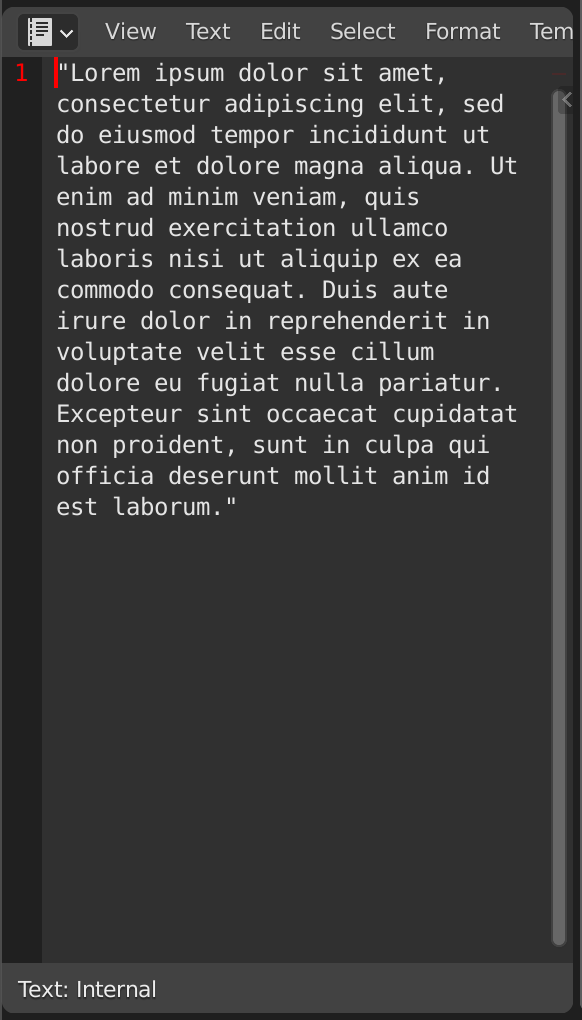 EDIT: Oh shit, I get why they didn’t expose that option now… this bug still exists: https://developer.blender.org/T73318#1153995 (Although I don’t get a duplicate in the outliner anymore, but there’s definitely screwy things going on in the 3D viewport…)

im sure this has been mentioned already…

i feel like alot of this is needless ranting, you seem to be looking for issues to complain about, that arent really issues, but rather how the program is designed. If a blender user were to switch to max, maya, modo, or any other 3D package, they’d quickly be able to make a similar list of complaints.

yes but the difference is they are not open source. if many people are asking for refining simple tools then should be a priority. so many basic things could be improved. beginning by the fact of some choices going from 2.79 to 2.8. I quote a name but the comment was deleted. but it was no good to delete some menus using all the same shortcut telling the same time they wanted to reduce the amount of shortcuts. Some very good choices some bad and it will take hours to explain…and on simple things they are big lacks of efficiency. but maybe this is super difficult and impossible to coordinates things to take in consideration more proposals, generally ending in the abysses…but ok it works

yes but the difference is they are not open source.

So in the case of max/maya, you’re screwed.
But, with blender being open source, if there are demand for certain tool tweaks, then rest assure there is an addon for it.

If there aint an addon for it, then noone cares.

yes but the bad side of addons is the number. they are lost in the multitude. and what I see stronger people at coding are not often interested to fix simple things. I can understand this, this is quite logical. because you don’t have the same point of view when your level increases. but they should really listen more for people needs. I try this personally but I’m not a genious of coding

but rather how the program is designed

Right, and that excuse is a major thing that drives me crazy.

Blender isn’t as much “designed” as a collection of developers working on what interests them, which is usually technical things and not Ux things. The commercial softwares you mention have actually hired designers who work on Ux issues in order to make their customers more effective, because the companies that pay for it want their employees to be effective.

Now, a lot of corporate interest has recently gotten their eyes on Blender so this will hopefully change in the future, and some anime companies have already gotten some special interest fixes done (and I know Blender apparently hired some Ux people now, even though there’s very little evidence of that fact so far).

Also, ranting is exactly why I made this thread!

I totally agree, but no one can be sure of the future now… considering things further than Blender…

but it was no good to delete some menus using all the same shortcut telling the same time they wanted to reduce the amount of shortcuts.

Please give an example. I can think of 1 or 2 things I needed frequently in 2.79 that ONLY existed as a keyboard shortcut and I was never able to find them in the menus. They’re much easier to access now in 2.80+

I recreated a lot of menus shortcut like this I remember
ctrl shift alt c for origin menu
ctrl T track to (useful to have a rapid setting)
Alt C convert to (convert to mesh is a way to apply all modifiers at once)
shift ctrl mousewheel to orientate the 3D view. I recommand to change the setting angle. having an horizontal view without this is really hard.
I use W to open the menu, because I toggle select with right click, and drag to select box with right click.
no tools needed… (I stay on tweak)
I did press tab to toggle edit too. in non modal you need a click tab (object.mode_set)
and a tab drag (object_mode_pie_or_ toggle)
I desactivate in tweak tool click on nothing to unselect. because in edit mode this is ridiculous as setting. and they are not separated (object_mode edit_mode setting…)
with this settings I never need to use G to move an object or some geo (ridiculous)
…
here is a copy of my keys (all addons disabled)
blender2.93.py (76.3 KB)

when did you ever use this outside of “set origin to center of mass”? I can almost see “origin to 3D cursor”, but that too i bet you rarely used. And even if so, it takes seconds to press Tab and move the mesh up, during the few times you’d need it.

ctrl T track to (useful to have a rapid setting) 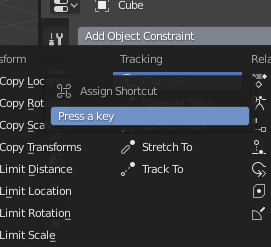 You can re-assign these shortcuts, and if you want them all in a dropdown, you can use the costum pie menu addon, or assign them to favourites 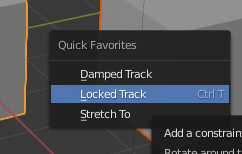 again, add the shortcut back

I use W to open the menu, because I toggle select with right click, and drag to select box with right click.
no tools needed… (I stay on tweak)
I did press tab to toggle edit too. in non modal you need a click tab (object.mode_set)
and a tab drag (object_mode_pie_or_ toggle)
I desactivate in tweak tool click on nothing to unselect. because in edit mode this is ridiculous as setting. and they are not separated (object_mode edit_mode setting…)
with this settings I never need to use G to move an object or some geo (ridiculous)

all this is some personal prefference setup that you have, i never do any of this…

I too have my list of things that was lost in the update, remove doubles, flip normals, bridge edge loop. All accessible with WE, WF, WR, to name one thing.

Im sure everyone has their own quirks, but weighing all this up against all the improvements is impossible. 2.8 was such a massive improvement, and its just a matter of getting used to the slightly altered workflow.

Nearly everything lost can be customized back, and the stuff you’ve lost for good, have likely just been moved slightly, likely for a good reason. Or removed, if there are better workflows for achieving the exact same thing.

Instead of doing your absolute best to find things to complain about, how about adapting to the change, and getting used to the new workflow. If you let go of your grudges, then you’ll quickly forget about them, and probably not care that it was ever there.

I get that you miss some small features, we all do. But let go, its not a big deal. If you hate it so much, then maya has a free student licence waiting for you to pick up. I bet you’ll have a far, FAR longer list of things to complain about if you try maya, since it will miss alot of features that you’re used to in blender.

Likewise, if you go the other way around.

I tried to jump to Maya, and C4D at one point or another, but i could personally not overcome the change in workflow, despite having alot of respect for the things they did far better than blender did.

At least we can safely say that while we won’t ever convince this person to join the ranks of modern Blender users, there’s no other 3d program that is ever going to satisfy them. This is why I feel there needs to be a new small foundation created to maintain Blender version 2.79. There are still a lot of people out there stuck with computers that can’t pleasantly run 2.80+ and it would be good if they still had 2.79 as a reliable product to use for the next 5 to 10 years.

right click, set origin menu. ALSO if you choose the 27x keymap you get back “ctrl shift alt c for origin menu”.

The shift thing on sliders drives me crazy because is near useless… yes, yes, having shift change the step size by a factor is an easy solution, but I don’t get why Blender developers haven’t taken into consideration that people model everything from a grain of rice to the entire planet into account in the Ux!

There are many solutions to this, like for example looking at the size of the object, the zoom level of the viewport, scaling the slider up or down when you reach it’s extreme, etc etc etc.

(Also, how do you switch the direction of the screw iterations? I can’t type -100 iterations, nor can I invert the Z axis it seems? So I need to create an “axis object” just to do that?)

I agree that digits definition needs to be improved.

But the screw modifier is mathematically logical. An iteration means a repetition.
That does not make sense to have a negative amount of repetitions.
You don’t need to precise an axis object.
You just have to set negative values for Screw Length and Screw Angle.

The lack of attention to keymap and interaction is one of detrimental aspect of Blender.

Why key 1-3 do not work when i select an object to access point/edge/poly… compared to 3DsMax and even the better Softimage XSI in which the “edit mode” was seamless. Move an object click a key move a point…etc.

When i click G the move gizmo do not appear, but when i click the “move” icon gizmo do appear? Icon tooltip which tells me its key is G.

Blender knows general in many tools two ways of workflow. The normal is pinning the object or selection to the cursor and go wild, with xyz keys for restriction and number input. The second way is to use, a more modern way, with the gizmo. You can adjust the way how a command work in the key map preferences section. Bets you create an own overwrite first and save it. I nearly done that with every tool in Blender. The gizmo is simple better, only the tool box could be bigger and support direct input.
If thats thats not enough try Blender for Artist.

To turn on the gizmo for move,rotate, scale use this dropdown menu and activate the object Gizmos for the ones you want. (move, rotate, scale)

Why the key 1-3 don’t go to edit mode is based on history. Blender has a different history than Softimage or 3DSMax.
I don’t think it was the best move to use 1-0 to hide collections but I know why they did it, because of history and a lot of users wanting it like that.

I have changed my shortcuts so 1-3 goes to edit mode and change to vertex, edge or polys when I’m in object mode. You can also do so if you wish.

It’s impossible to make a keymap that pleases all that is why you can customize it by yourself.