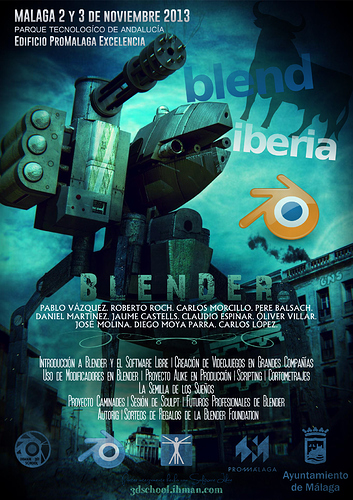 The first weekend of November, 2-3, in Málaga, Edificio Excelencia Promalaga.

Free tickets pre-orders
Entry is free and tickets include a present bag with a t-shirt and a flyer. We can only allow 150 people, so sign up now.

Over 10 conference presentations
We have a great mix of technical talks, case studies from studios and workshops by artists and developers from all over the world, including from the Blender Foundation. 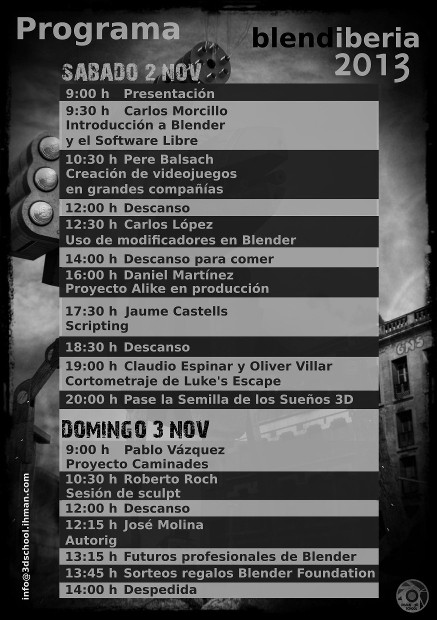 The Blendiberia 2013 is for everyone who knows Spanish and is interested in Blender in general. This is the first year it’s organized in Andalucia by a company who works with Open Source: IHMAN; and specifically using Blender with the brand: IHMAN 3D SCHOOL. 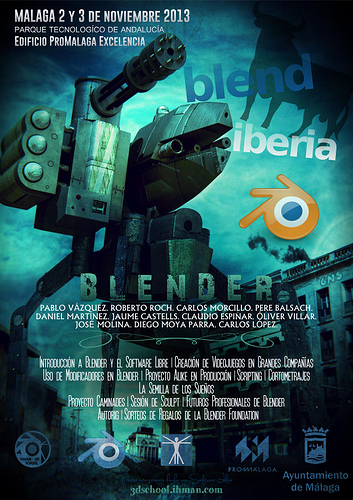 I was scrubbing through some of the online videos for the Blendiberia conference and saw a lot of REALLY awesome work being shown, but I can’t understand the languages being spoken so I was wondering if anyone had any translations or knowledge of what was being said there.

I saw a clip for a short film called No Pets Allowed and it looked AMAZING! What role did blender play in that production?

Also, I guess Pepeland gave a talk as well and showed off some awesome animation work but I can’t find that anywhere. Does anyone have a link to a video of that? Does one exist?

Hi fahr! How are you? If you are looking for all the videos links you can check out in our Facebook.