i am gonna try to model my 3 years old girl! 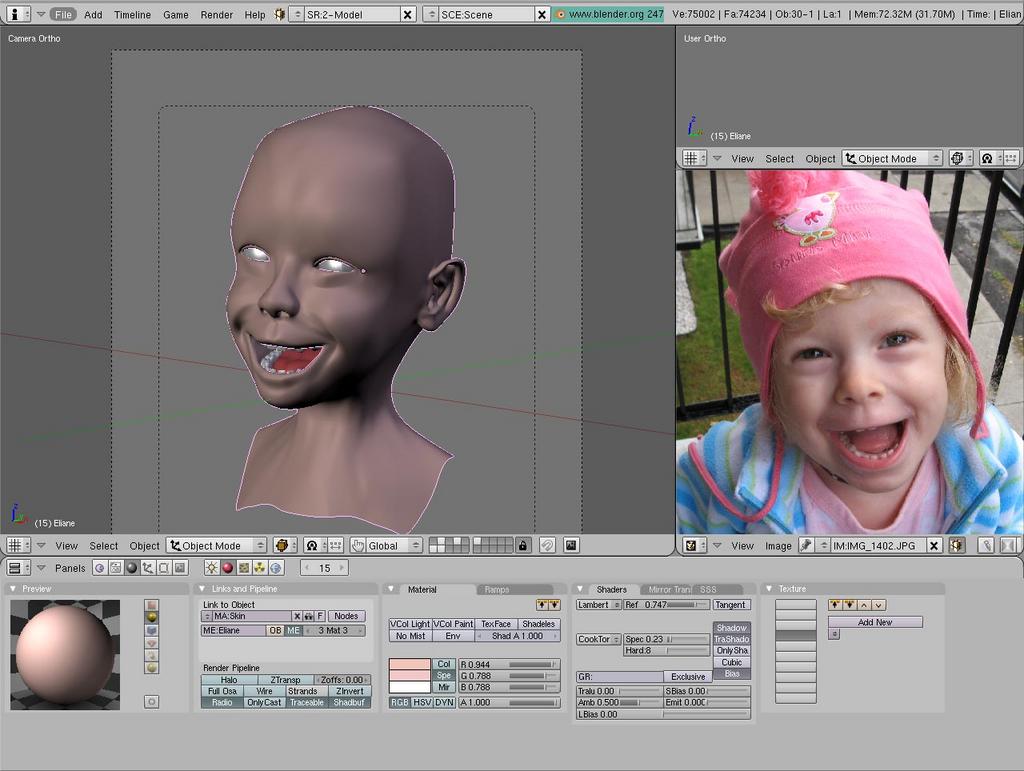 shoot, there’s no way I can compete against you when you have such a cute subject.

looks good so far, I’m looking froward to see how it turns out.

Oh, that model is really going to be ‘lively’

It seems you already have a very good start, looking forward to see the updates

i am gonna try to model my 3 years old girl!

Here’s an update on my project, still lots to do…hairs, eyebrows, eyes, skin, and more! 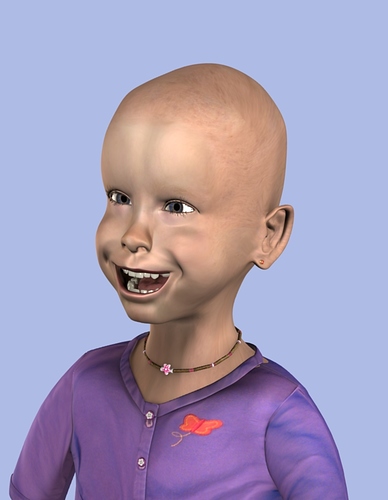 Looking great!
But please add the hair soon, It would improve her looks greatly

Looks a lot better whit hairs! Need some more work but its getting there.
I did some ajustement on the mesh so it looks more proportionnal.

Some rigging needs to be done and details in the texture and i have to find a idea for
the background. 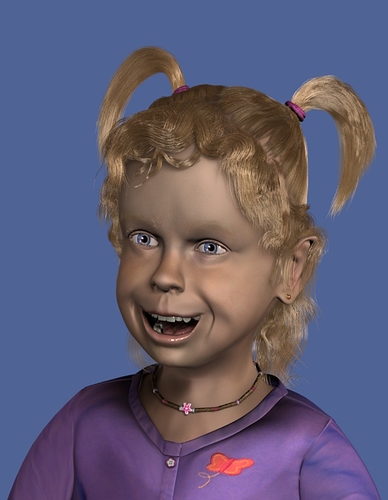 as far as technique goes, awesome work
but the image (of the render) is… creepy
i know you trying to go for the look heres my cute daughter thing, but its just scary
hold the picture next to it and i hope youll see what i mean
id like to see how this works out though…

The neck is way too long, which is what adds to the creepiness. Very young children do not have long necks like that or hard cheek creases

Yes, defiantly compare to some photos (or the real child).
You have the basic shape, something is wrong with the overall look of her.

as the members said before me, it’s nothing technical, but style. I would say “Welcome to the Uncanny Valley”!

In aesthetics, the uncanny valley is a hypothesized relationship between the degree of an object's resemblance to a human being and the emotional response to such an object. The concept of the uncanny valley suggests humanoid objects which appear almost, but not exactly, like real human beings elicit uncanny, or strangely familiar, feelings of eeriness and revulsion in observers. Valley denotes a dip in the human observer's affinity for the replica, a relation that otherwise increases with the Ex...

I really hope, you get out of this. Either by more realism or by stilisation.
But this kid scares me … :eek:

Here’s an update too what u guys where pointing me out!

I thing it looks more realistic!

The neck is shorter, i redid the eyes and the cheeks are thinner. 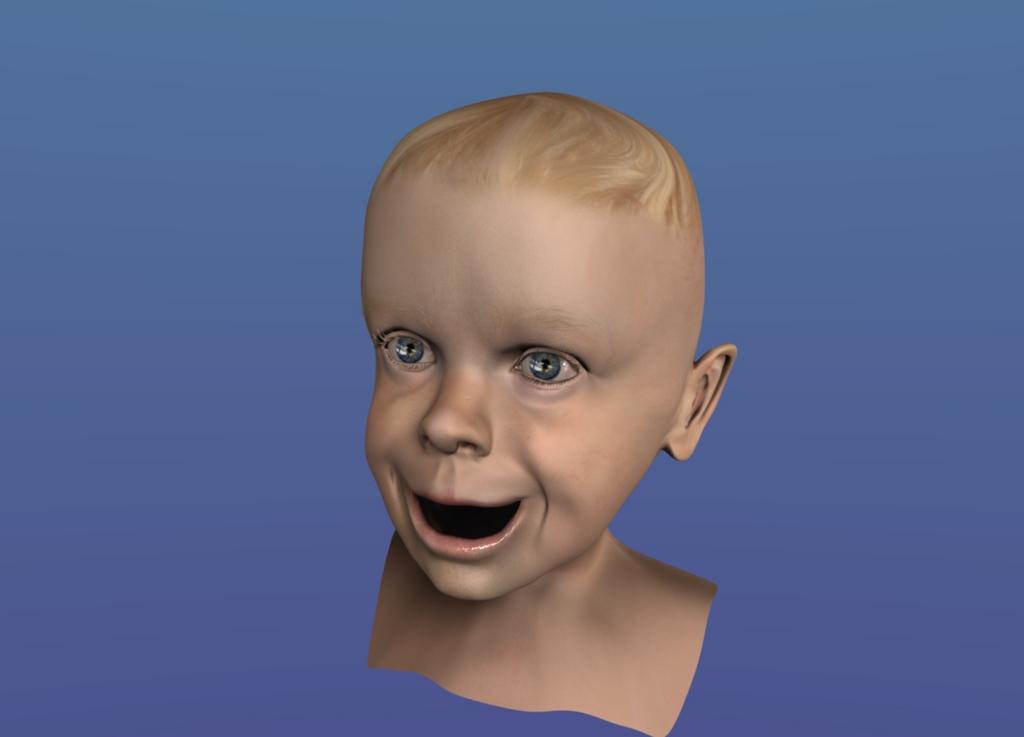 just my opinion
propably it would get a little better, if you’d make the laughline less deep or less dark.
and the lower part from the cheeks on comes too far out
the chins of kids are less developed
(google search link)
http://images.inmagine.com/img/photoalto/paa091/paa091000049.jpg

There is a lots more that can be fixed but theres no more time left! 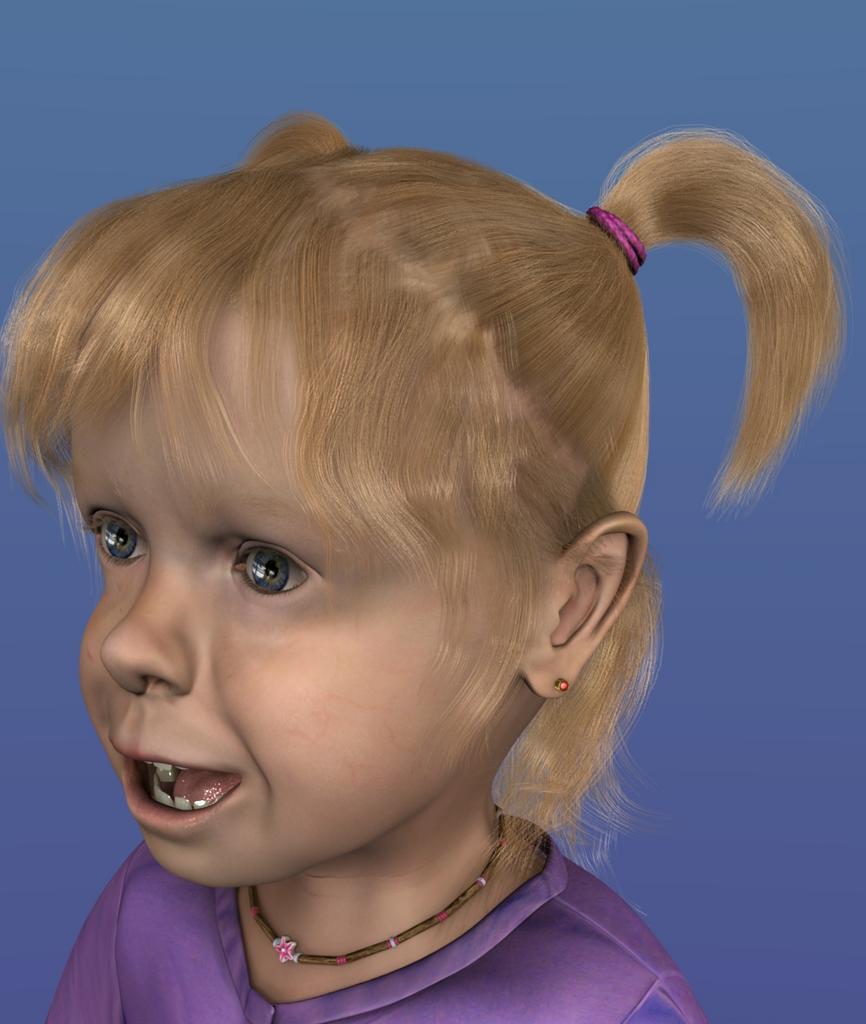 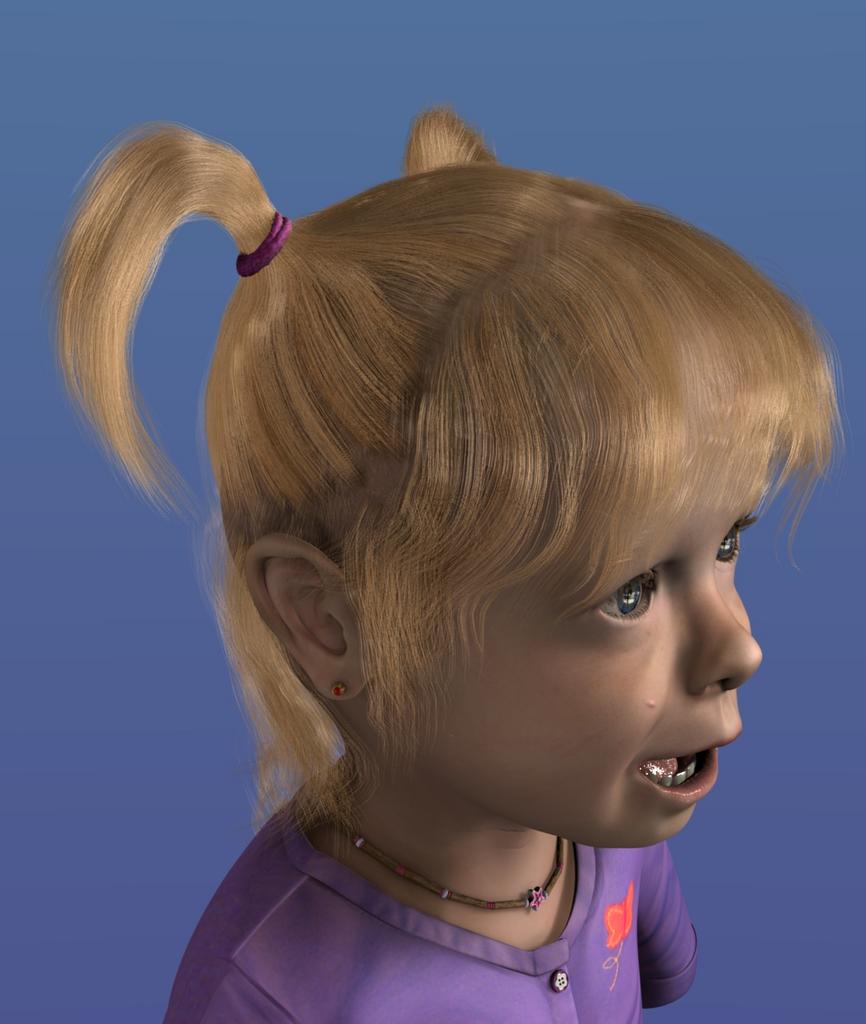 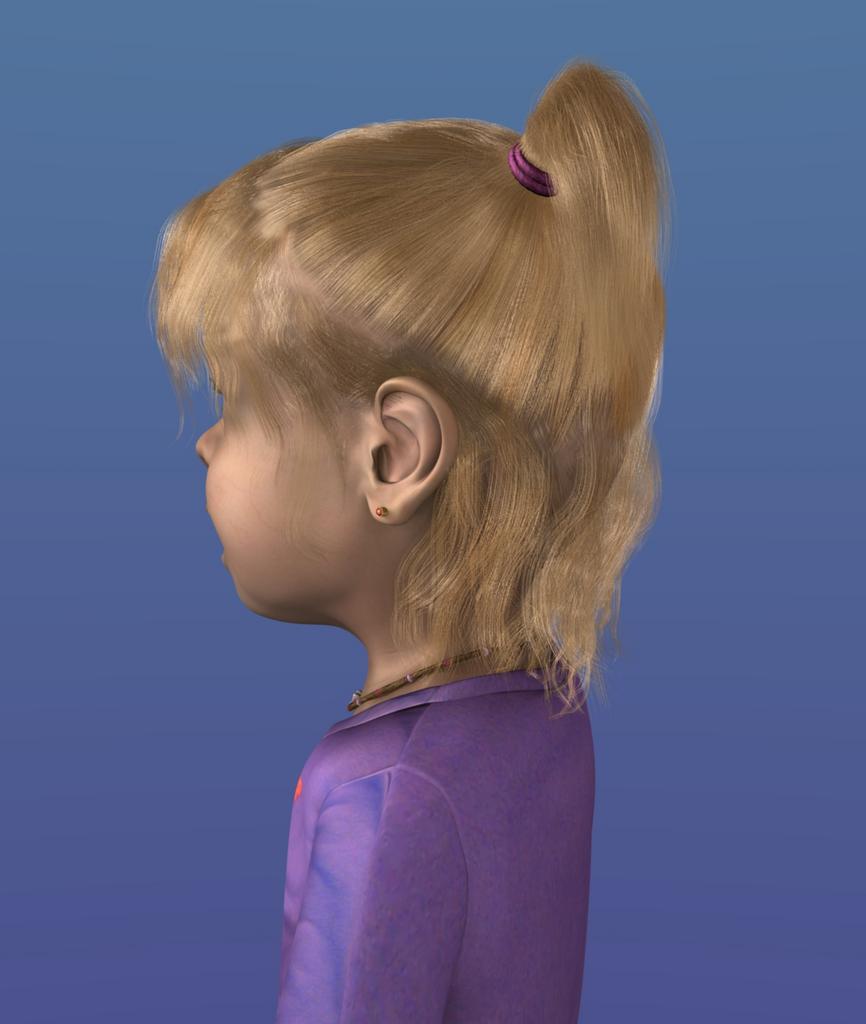 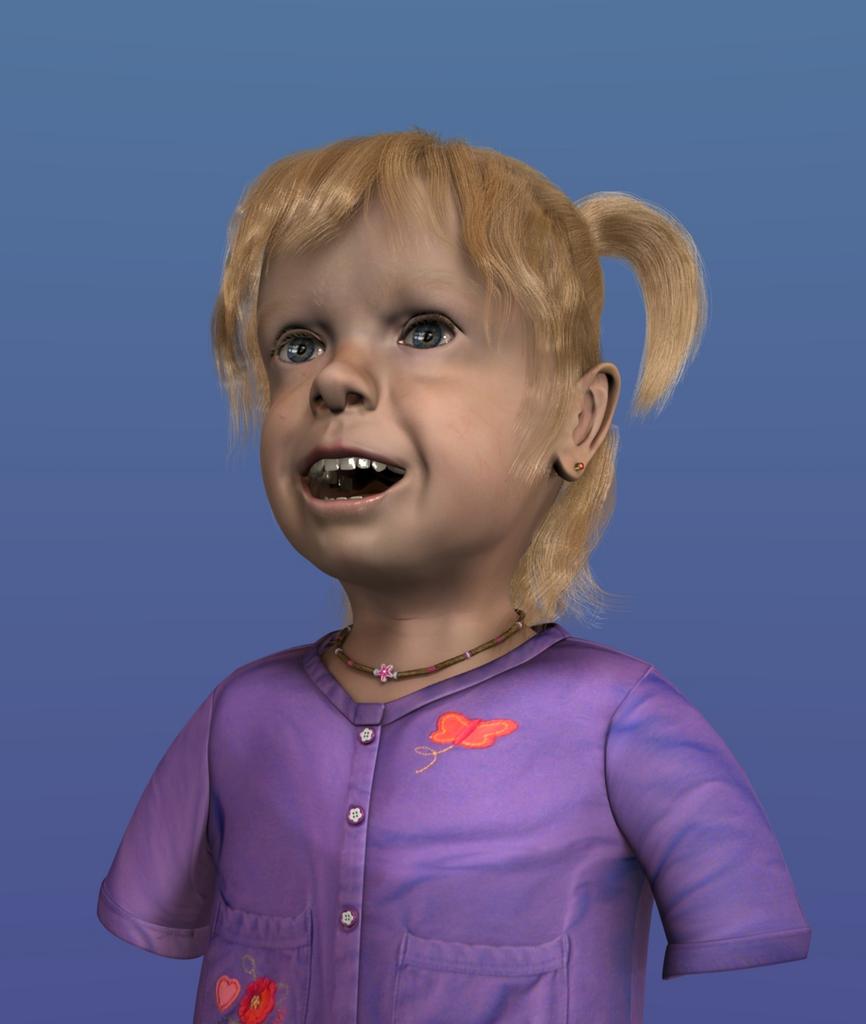 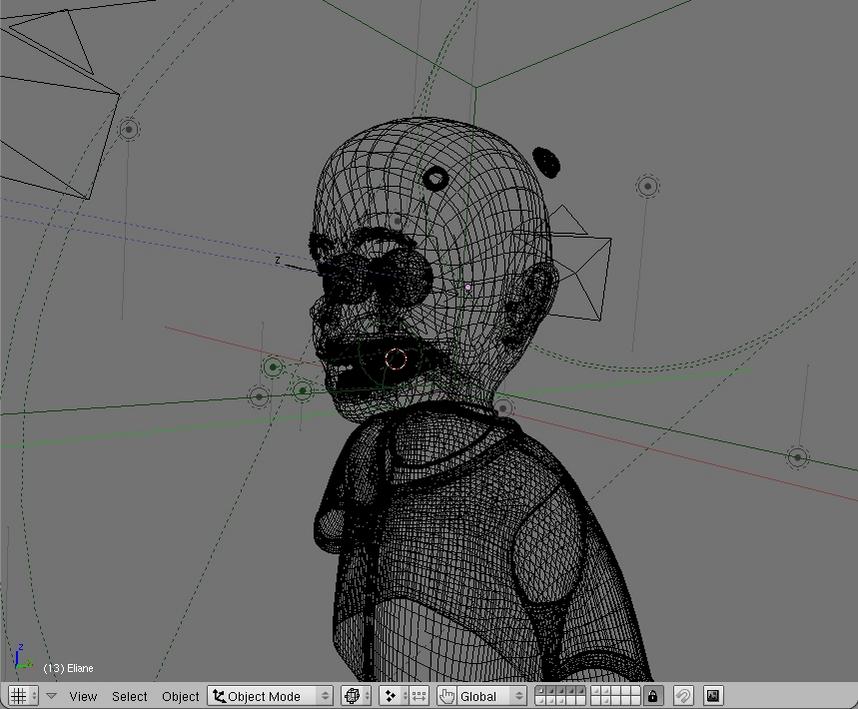