It would seem that Blendswap has started a new contest:

apparently the “assignment” is to design, model, texture and rig/pose a “fantasy” character.

This is pretty cool – fantasy is pretty loosely defined so there is a lot of freedom.

You can use concepts under creative commons licenses (BY, BY-SA) or public domain works and/or works used with explicit, written permission).

Copyrighted material and/or fan art is not allowed.

Characters may be high poly, but multiresolution is not allowed in the final version (ie, you can sculpt and bake normal maps to a moderately high poly character [recommended]).

Characters should be rigged and posed before uploading, the render should be obtainable by just hitting F12 in Blender.

What is really cool is the judges –

So – anyone have ideas or know people with cool concepts?

I was just typing an announcement up when I saw this come through my feeds, you beat me too it Daren. Um so ya, what Daren said. Sweet Contest. Have a look. LOL, that is all. Oh if you have questions just ask here or on the site in the comments we’ll answer them as quick as possible. Good Luck.

Its still an awesome contest. But if anyone knows any good concept artists that would love to see their concepts made 3D – here is the chance of a lifetime… 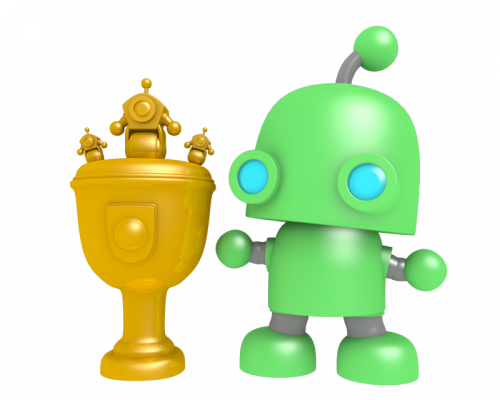 sorry but what can i do with that ?

sorry but what can i do with that ?

You can sell it on the blen-cook-swap black market.

I mean, come on dude, always with the negativity…

I finished my model:

looks like there are two entries so far, so my odds are good!

posting 4000 words on here vs modelling a lowpoly spaceship

Hey guys, do you want/need an extension on the contest let us know on Facebook or Twitter We will make a decision today.
matthew/mofx

Contest has been extended until April 6th, polish up those models. Good luck all