I have been trying to figure this out, tried searching but could not find a solution.

How do I blur an object (or light) that is behind a glass? 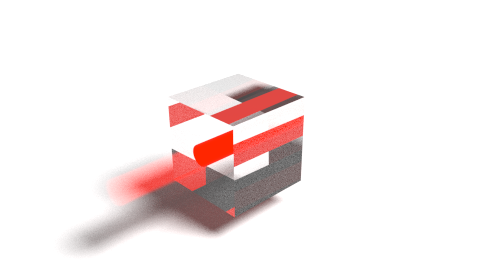 How can that be done? Please feel free to edit the attached blend file.

I turned off the cylinder’s Transmission and Glossy “ray visibility”, but it gave me this: 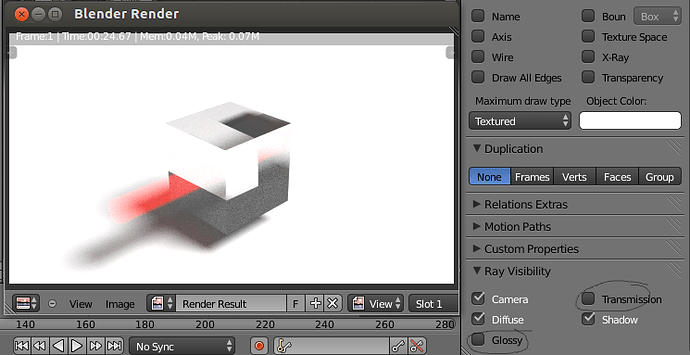 I still want the refracted and reflected images of the cylinder, but I need them blurred as well.

What do you exactly want to do? what effect are you expecting?

For example, you can separate more passes and combine it adding some blur effect. But that’s not really good… it looks fake and it will always look more or less fake doing it that way.

But you can do it directly in the shader increasing the roughness of the glass node. 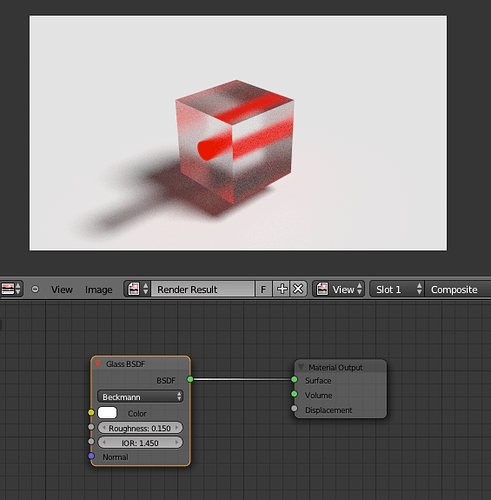 Is it what you’re looking for?

Thank you very much VincentG!

I was trying to blur only the red tube’s refraction and reflection image inside the “clear” glass cube. Adding roughness to the glass cube’s material will not work.

I would say your first solution works perfectly fine! As it deals directly with the glass glossy reflections, and glass transmission (refraction) rays.