As my Maybach project draws to a close, I decided to start something new. I had wanted to make a bimmer for awhile, so here goes. Progress so far: 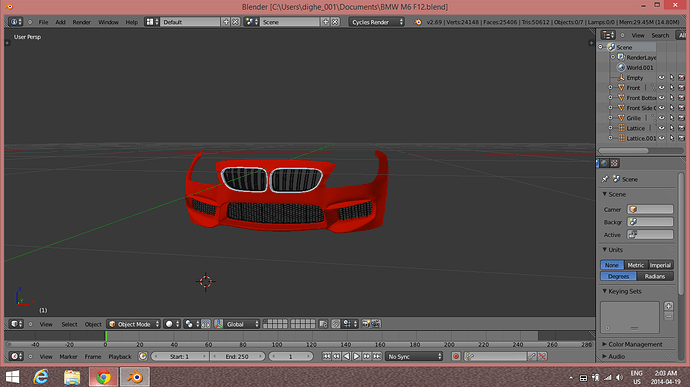 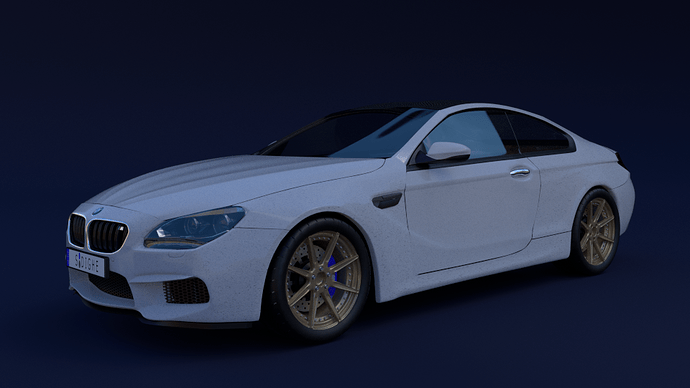 Thanks Eric! The progress continues, slowly but surely. I’ve decided on a glossy white paint scheme with bronze/gold wheels, sort of like this: http://i7.photobucket.com/albums/y256/shyaznt34/March%202013/TM3309_zps1f0c3bec.jpg but with better ADV.1 rims. Thoughts? Good start. Interesting that you modeled the headlights and grille in this stage. Anyway, those look good!
Bronze rims would work well with the white paint.

I see lots of BMW’s here :rolleyes:, good start for now, can we see the wires ?

@Icon: Yeah, I’m kinda weird in that instead of modelling the basics, and then detailing, I like to just do most of the details and basics at the same time…
@Ghilas: Haha, yeah too many BMWs eh? :eyebrowlift2: Yours is looking rather good by the way

Anyway, here’s a wire of what I have so far…although I think I messed up at some point because the mesh is looking much messier than it actually is, especially around the headlights and hood. 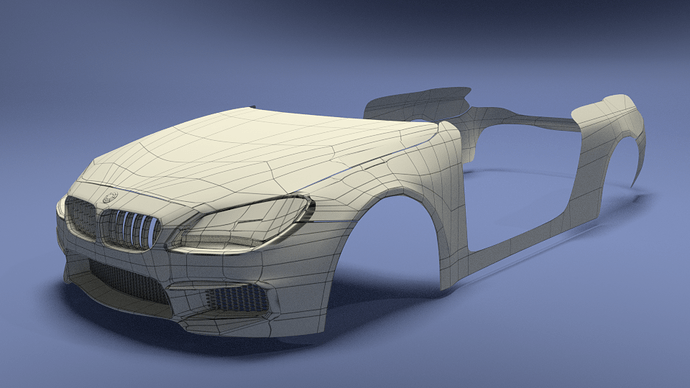 Thanks for the help Ghilas, its very much appreciated, I’m learning so much on this M6 project

I’ll check out ctda’s thread, I feel like I’ll definitely get some great pointers from it. I’ll clean up the areas you mentioned (or at least try :P) make it less low-poly.

Anyways, here’s a quick render of the Pilot Super Sports. Credit for the sidewall texture goes to Thornton Strolia, it’s fairly low-res (1024x1024), but I plan to try and make my own (if I can figure out how), so I figured I’d put them on in the meantime. 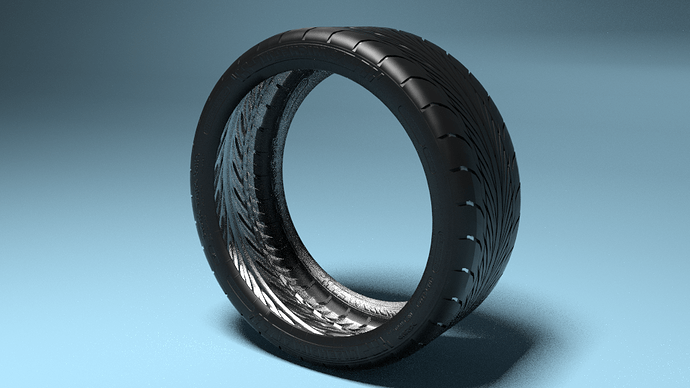 Up next are the rims, I’m going for aftermarket rims, not the standard BMW ones. Probably something ADV.1, we’ll see

Finished up the rims, I went for some ADV05 MV.2s. Tried them out on the M6, and they look excellent imo, I’ll render the whole thing out later. After rendering this I noticed that I forgot to put the logo on the calipers, and the sidewall texture is still backwards…that’ll be fixed for the wheels I put on the car. Thoughts on the wheel choice? Also, for some reason I can’t capitalize any of the letters in the title of this thread, so bmw m6 f12 it is 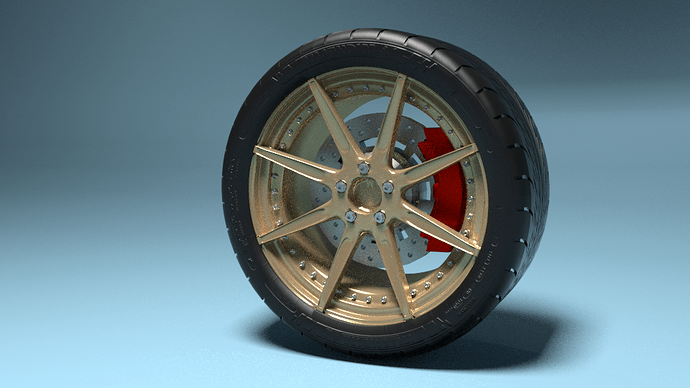 Don’t really have time for renders right now, but here are some screenshots of my progress. I added more verts to the front, Added in the wheels, did quite a bit of work to the body, etc. For some reason in material shading mode my white paint turns out green…but other than that everything is accurately colored. Not sure how I feel about red calipers, but we’ll see… 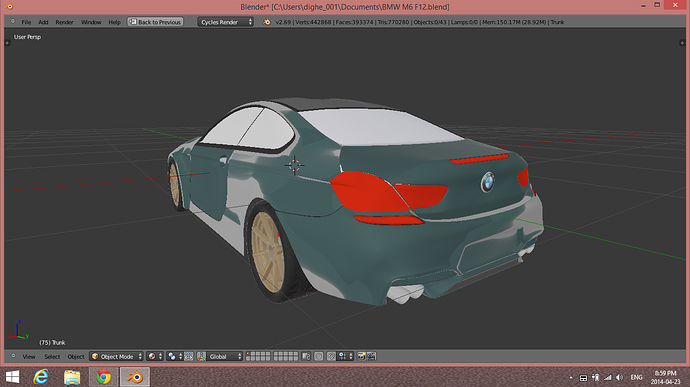 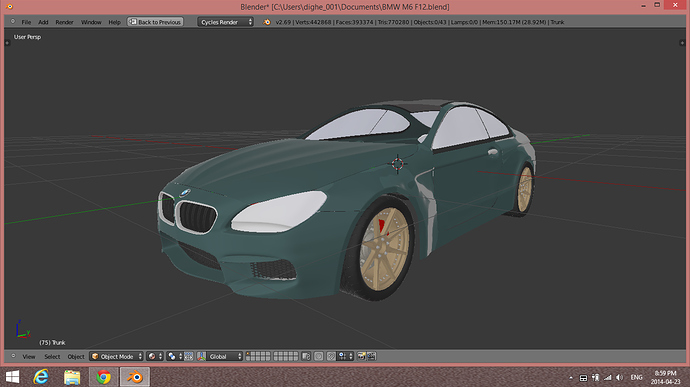 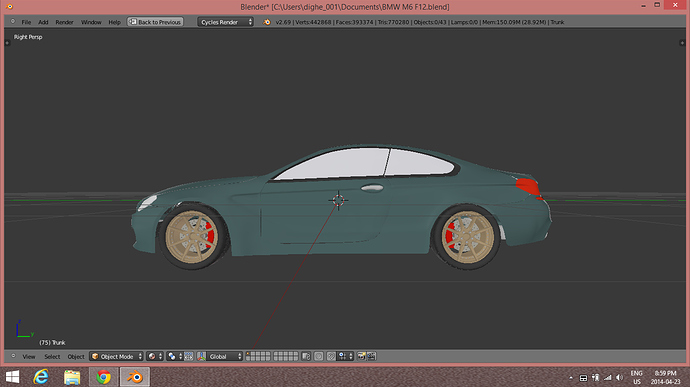 I’m also aware that the calipers are different on the rear discs, I just haven’t gotten around to modelling them. I’ll probably remodel the front calipers too because they are from a long time ago and frankly aren’t very good

Working on remodeling the calipers and realized I needed an M badge, but i couldnt find any good pictures on google, so I made one. So if you every need a good quality (1080p) M badge, here.
If you ever need higher quality or something just let me know 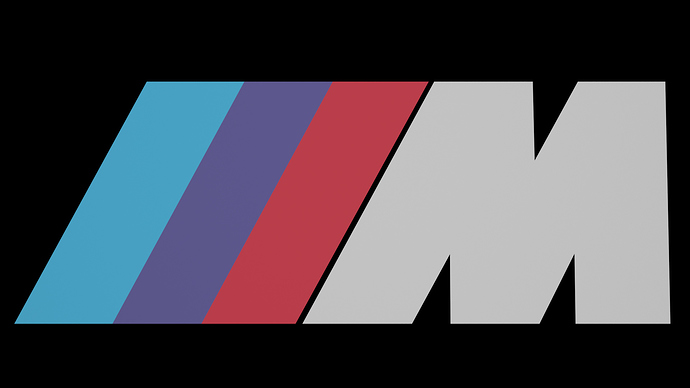 Remodelled the front calipers, now they actually look like calipers;)

“What’s all that stuff in the background??” 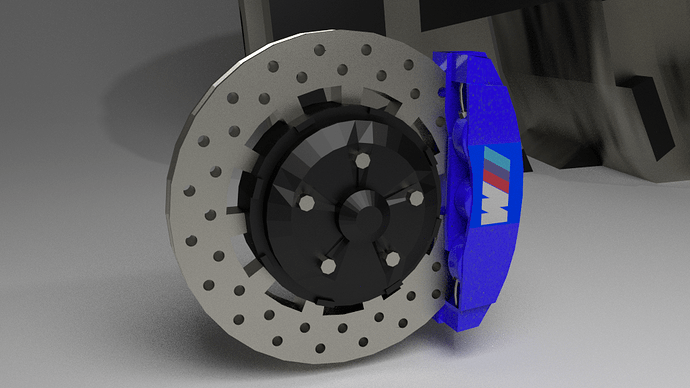 Here’s a quick render of everything I have so far. I added that little side plaque thingey, but it didn’t come out that good, so I’ll probably redo it. Next up is some finishing details on the exterior, and then I’ll start on the interior

Hi sdighe, don’t know if you have seen this tut (http://youtu.be/a3gJ2upgPk0) I found it very interesting when I was sorting out the marking for my F-16 WIP. I reckon it would work a treat for the M decal on the calipers.

It’s all coming together nicelly, keep on the good work!!

That is actually extremely helpful, thank you! I’ll try that out on my calipers and see what happens 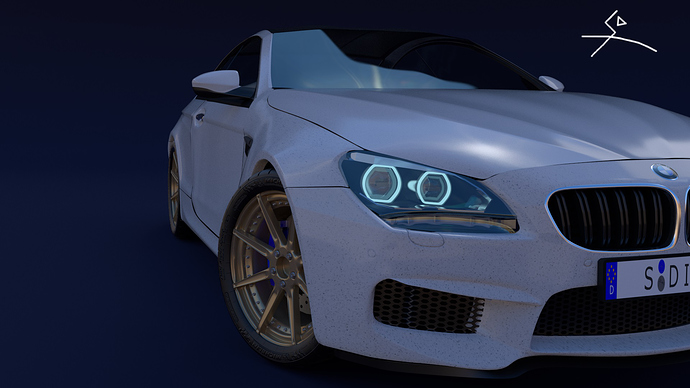 Decided to take the liberty of making my own seats instead of BMW ones, here they are Working on a cool render for this BMW. There is an F-4E Phantom involved, just saying
This Phantom’s not complete yet, but I won’t be making it ultra detailed like I usually would because I’ll just be using it for a couple renders 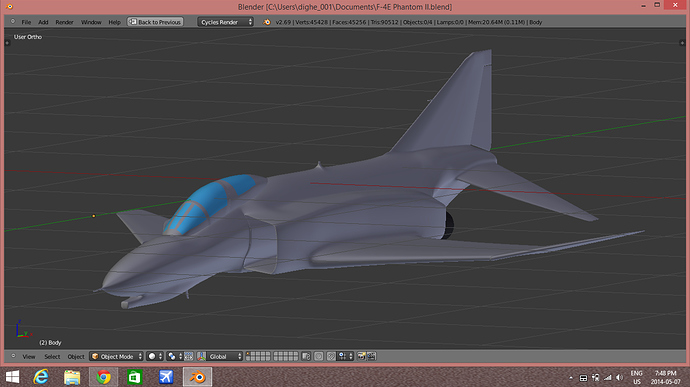 Here she is, after many hours of trying to figure out Compositing, an action race scene between the BMW M6 F12 and an F-4E Phantom. Minor post-prod in GIMP, just blurring the horizon and exhaust nozzle on the Phantom a little. What do you think? 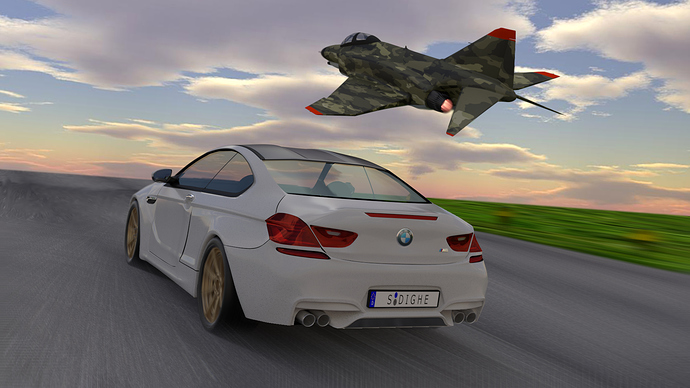 Called this project as done, so you can now find it in the Finished Projects section

Thanks for coming along.