I am currently working on a animation of a blood vessel. I did build the vein itself and now want to populate it. To do that at the end of the vein there is a particle emitter that populates it with blood cells and other stuff.
I used the Newtonian for the particle system and turned of the gravity. The result looks kinda dull - the particles get stuck half in the vein and when they finaly collide they bounce of really weird. (my english isnt the best I hope I did explain well).
So I tried around with the boids a bit (I am completly new to this). I made them follow a empty and love it that they have a basic intelligence. (Like that they almost dont bounce of the walls because they back off before and move in a much more asthetic way.)
However I have a problem with it, they only spread around on the z axis and stay in a complete line in the y axis (shown in the picture). 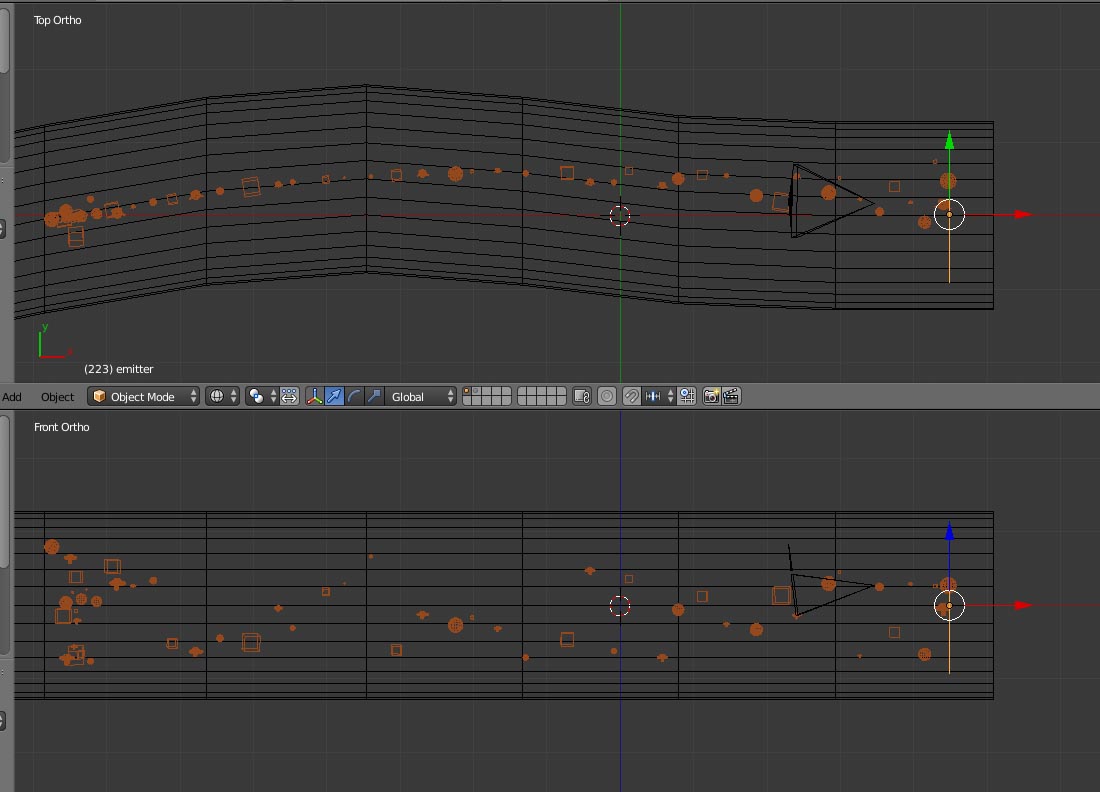 I made a vein with blood cells recently but stuck with the follow curve effect as I couldnt stop the wall collisions and rigid body physics didn’t help much. Probably because I had the vein pulsing with a wave modifier (the wall thus had an indeterminate position). I think that I used a couple vortex effects in line with the curve.

Here you can see my rather rushed version, and the cells are rather eratic as well: