I’ve recently updated this addon for Blender 2.8x and extended it to add some Rig UI creation tools
A greatly extended version of the original Bone Layer Manager, constantly updated to remain functional… and free… 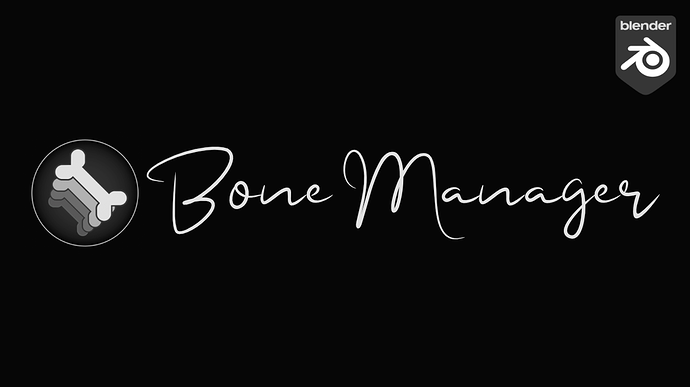 Assign/Name/Edit bone layers and much more..... This project updates and extends the work of Alfonso Annarumma and Paolo Acampora on the 2.7x version of this addon.Last 2.7x...

Hey thanks for the contribution I really appreciate it and welcome to Blender artists,

If you make any contribution add your name on the list of authors, any other ideas ?? added thanks for the contrib

…also… I know I have this on Gumroad for 0+ and literally generate no revenue from it but I would prefer if you didn’t post the addon here… thx.

…also… I know I have this on Gumroad for 0+ and literally generate no revenue from it but I would prefer if you didn’t post the addon here… thx.

Yeah I spotted that line… had to Google it

I’ll read up on it only started using VSCode for the last version I put out… I appreciate what you’ve done, you can always DM me a link instead of posting it here…

I do what Rigify does

Rigify uses layers for left and right control bones and uses those to create the UI… anyway you seem to have strong opinions on the matter… and I’m not in the mood for online rants… I’m glad my work has been of some use to you.

Nope, can’t. I’m not new, this is just new account, so I know there “should” be a send message button somewhere.
I didn’t know that new accounts can’t Send Messages. Don’t know if I have to be here for some time or get a certain amount of posts

Apparently I can reply, I just can’t compose.

Added support for the other two panels, to use multiple objects.

Here’s another idea:
Add a left <> right parameter.
Right now, you can hide buttons or push them up/down but layers on the same line are ordered left-to-right, based on their internal armature layer.
If you want to change this order, you have to move all the bones on the layers around.

Another idea is moving the layers themselves.
So you can move bones in a layer to another slot, and transfer the name and etc to the new layer position.
If you do this manually, you have to add a new layer, copy the name+ui_layer, and then have to manually disable the previous layer because you already assigned it.

Ok I just don’t like the bone labels when not in prop_edit mode I, it’s looks and works great in prop_edit mode but it just adds cluttter to the UI outside it… proper property names are all an animator needs to see as long as the properties are on sensible bones… again this is how the rigify UI works too… but maybe a toggle bone names button (or yet another checkbox) at the top of the panel could keep everyone happy???

(I double tap A fyi)

Yeah I know I’m abusing try\except for version 0.7.1 i broke the code into smaller parts with the intention of rewriting it all as there’s a lot of code that’s pretty ghetto (was really just learning at the time)

I’ll look into the left <> right parameter… but will this play ok with layers of say 4 buttons??

Another idea is moving the layers themselves.

… this is what the swap layers function (your favorite) is intended to do… if I add a check for rigui_id_x it would improve functionality… that’s what’s on the top of the list for me anyway.

Anyway thanks for the help and suggestions… I’ll update the code over the weekend.

Added support for the other two panels, to use multiple objects.

Not sure what you mean here??

Not sure what you mean here??

I mean in the code, I did that.
I didn’t post it because you asked me not to post the code/addon.

Oh…visually, all it appears to do is toggle bone selection between the visible layers.

Rig UI is a terrible place to put that button; it belongs in the Bone Layers panel with all the other Layer Modification stuff.

An idea for this function is to place a button on all the layers. When you click it once, it marks that layer as the first layer, then when you click a second layer, that layer is marked as the second.
Then the addon switches the two layers around, and you don’t even need to isolate their visibility.

When the first layer is selected, the button for it get’s the blue highlight, and if you click it again, it cancels the operator.

Remembering the state of the operator would use a custom prop in the armature.
And, UILayout.context_pointer_set() on the buttons to make it compatible with multiple objects.

…I’m going to do this today

I mean in the code, I did that.

Well it does actually work… i put it down there so people would understand it’s for the RigUI… which obviously didn’t work.

That said you solution sounds much better…

maybe a toggle bone names button (or yet another checkbox) at the top of the panel could keep everyone happy???

What do you think of this suggestion?

What do you think of this suggestion?

Sure.
You could also add those “options toggles” into a sub panel, so they don’t persistently clutter the (layers) management section…which could also be added under a sub panel.

The “Bone Layers” could also be renamed to “Bone Layer Management” or something, to specify it’s for editing, not layer viewing like Rig UI.
(just a thought; it’s not important)

I think I can get over this…

You could also add those “options toggles” into a sub panel

“Bone Layers” could also be renamed to “Bone Layer Management”

I think I can get over this…

Try not to lose sight of the fact that the reason I started work on this was to fill a gap in what has become a neglected area in the 2.8x release… I have a friend that uses this in training environments and I’ve tried to keep a balance between functionality and accessibility … I hope we can agree on the overall direction and this can becomes greater than the sum of it’s parts…

I redid the layer swap, to work with any two layers (visible or not).
I also added an alternative to what I suggested earlier for this button, in the form of two arrow buttons for directional pushing.

The changes, files, etc can be found at Github.
If you want, you can fork the branch or get ownership. It’s whatever

I found it very difficult publishing a repository from vscode but it was very easy from the Github desktop program, which also let’s you commit changes with comments (vscode’s commit only does a title, which is limited in character length).