I downloaded a rigged mesh the other day not made with Blender, but was able to import it nonetheless. I have most problems solved, except a really hideous predicament involving the bone roll axes. What follows is an image with the offending bone rolls circled in red. Both are completely reversed from each other and I have no clue how to roll the bones in such a way that they’d match. 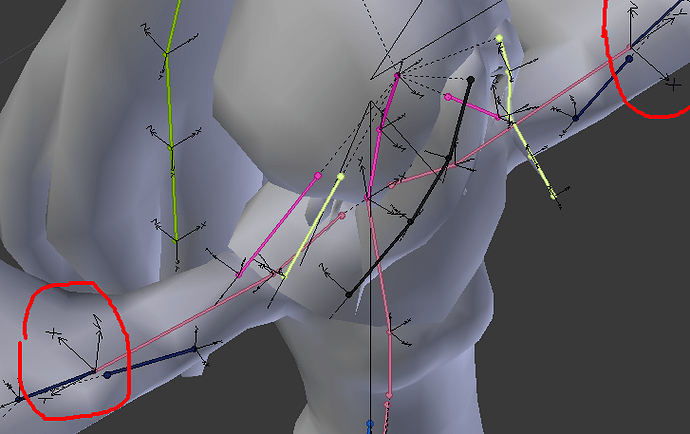 I know someone is bound to bring up using Rigify, but given that the model has long draping sleeves and hair, I would find it very overwhelming to alter the generated rig with. I tried adding new bones to the metarig and got some really funky results also. Seeing as there’s already a somewhat functioning rig already with this mesh, I’d like to try redeeming that before going with that plan. I’d also like to mention that pretty much all the body parts (hair, jewelry, limbs, torso) are all separate objects and that the model lacks arms and legs, instead having those areas covered by clothing. It’s also triangulated and I haven’t converted to quads out of concern that some of these tris are meant to portray detail. This is likely a game mesh, after all.

It’s a monstrosity, but I’ve already spent 2 days putting some functionality into it, so I don’t want to have to scrap the rig unless there is no doubt that redoing it from scratch would be easier.

To roll a bone - go to Edit Mode for the Armature and type a value in the Bone’s properties Bone Roll entry field, or key CTRL+R in the 3D view and use LMB, or normalise the bones by selecting the bones you want rolling and then key CTRL+N and select an orientation axis from the popup that appears.

This may help you: 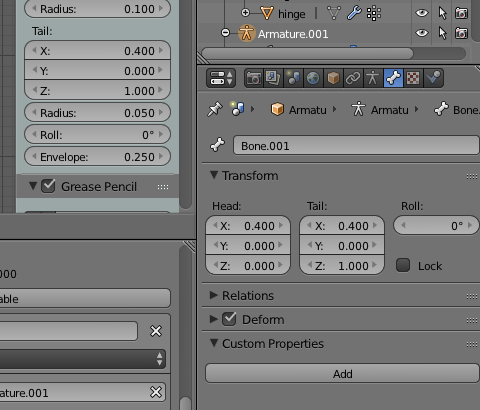 Unfortunately I had tried both of those. I seriously have no clue how the axes are adjacent like that. What I need is to somehow get X on the right axis pointing the opposite direction with Z still pointing up.

That’s impossible since the axes obey the Left Hand Rule, so the orientation is always as it shows. Just use negative rotations on one bone and positive on the other.