Hi, I’m just moving to .63 from .49, and I like it so far. I’m working on my first animation in .63, and I think I broke it. I posed my armature, then added a pose library and created 2 poses: I saved the base pose, and I did a simple rotation using only the root bone. I opened it up again a week later to do another pose, and I can’t rotate any bones except the root! I’ve tried deleting the pose library, but that has no effect. I’ve loaded up an older version of the same wip and I it’s fine. I’ve looked at the locks, and they’re all clear, I haven’t applied any constraints in .63 ever, and I’m not trying to IK solve or anything. Just an armature, with a few non connected bones, all with inherit everything turned on.
It is quite possible I pressed a key by accident that could have done this, but I have no idea where to start looking.

You will probably have to post your .blend file for assistance. Most likely you have accidently turned on some setting but it would be hard to tell which without poking around since there are lots of knobs that affect object rotation. As a random guess, a common culprit is the “manipulate center points” button. 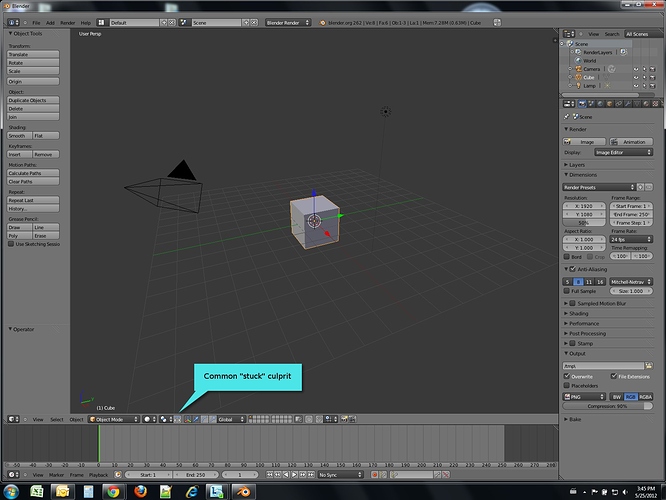