Boolean and bevel, with smooth shading, on a subdivision surface by modifiers; no addons required

This video demonstrate the real-time adjustment and smoothness of the bevels, behaving as seams for the boolean operations between subdivision surfaces. 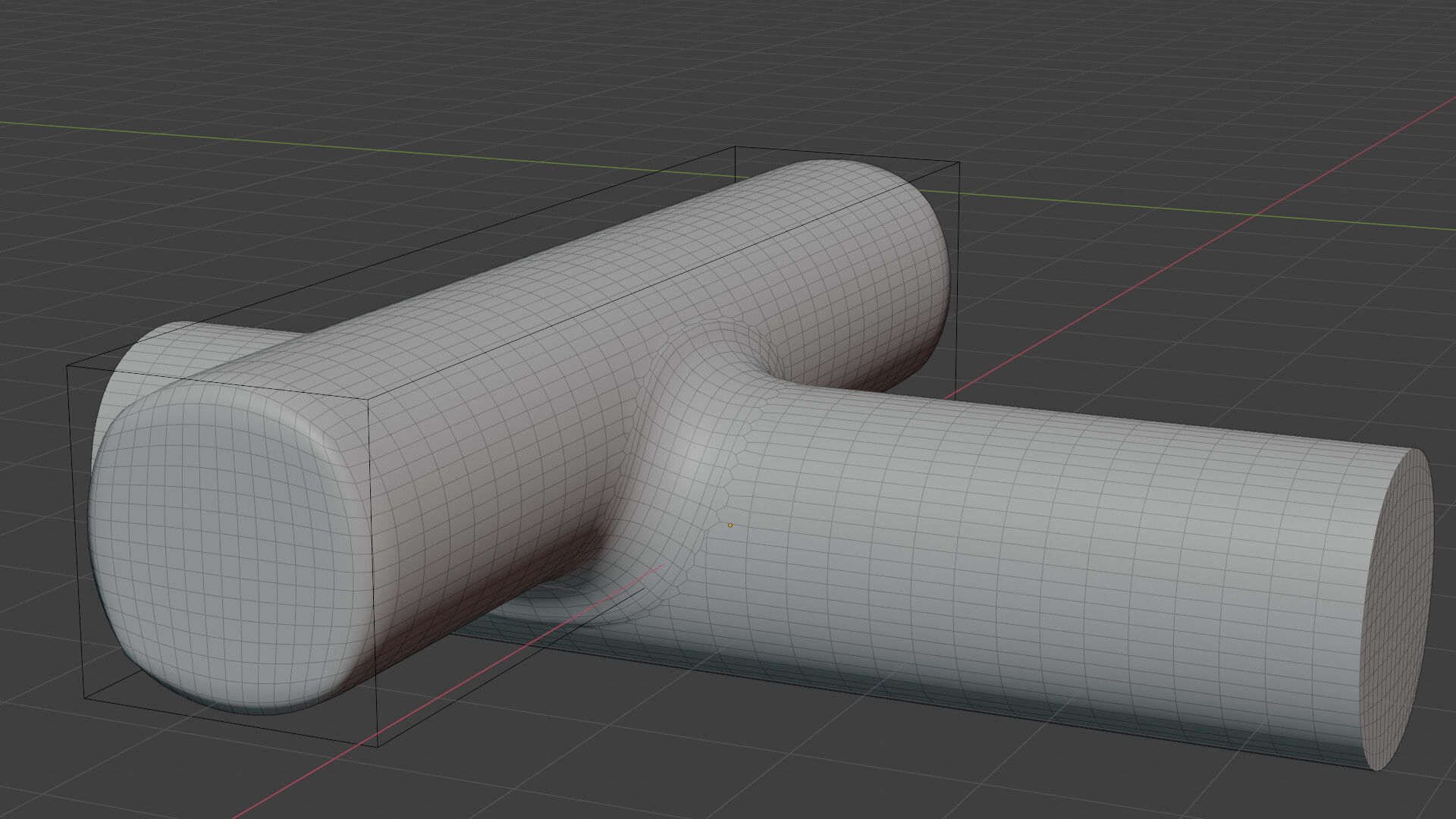 Wow, that is incredible!

It is totaly unclear to me how a bevel or a subdiv modifier can seemingly smooth surfaces ignoring/removing existing vertices.

Can you provide the blend file or details about your modifier stack(s)? Or a tutorial?

I need it right now!
It’s urgent!
This is the realization of my dreams and desires!

Hi this is not new in blender, but the only problem with that is that it doesnt work in more complex bevels, so you will to apply them sometimes the booleans and bevels and fix any artifacts on them because subdiv is very sensitive to the topology on the model. to create good shading you need good topo first to acheive that as possible, your test has a lot of poles and artifacts in the bevels due the ngons generated…

Hello everyone, sorry for the late reply. I’ve uploaded another video that shows the process for creating the blending effect between two meshes, including other modifiers that I should have mentioned in the previous video. There is still a couple of complications to overcome, but hopefully this will lead to a more procedural subd modelling. 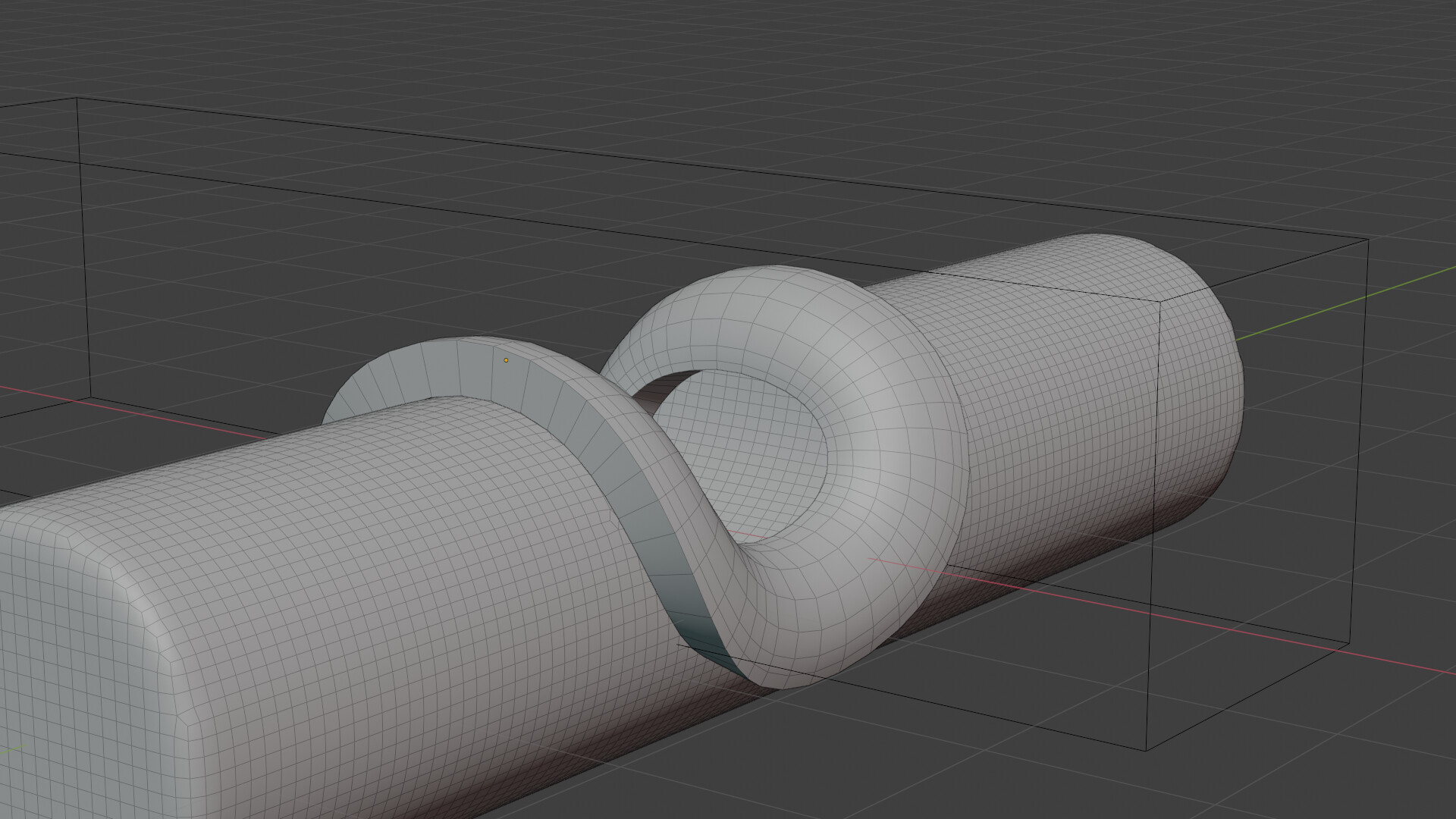 I have spent about a month refining the modifier setup to make it have less random glitches and use less modifiers. In case anyone is interested, I have uploaded another video that shows the changes. 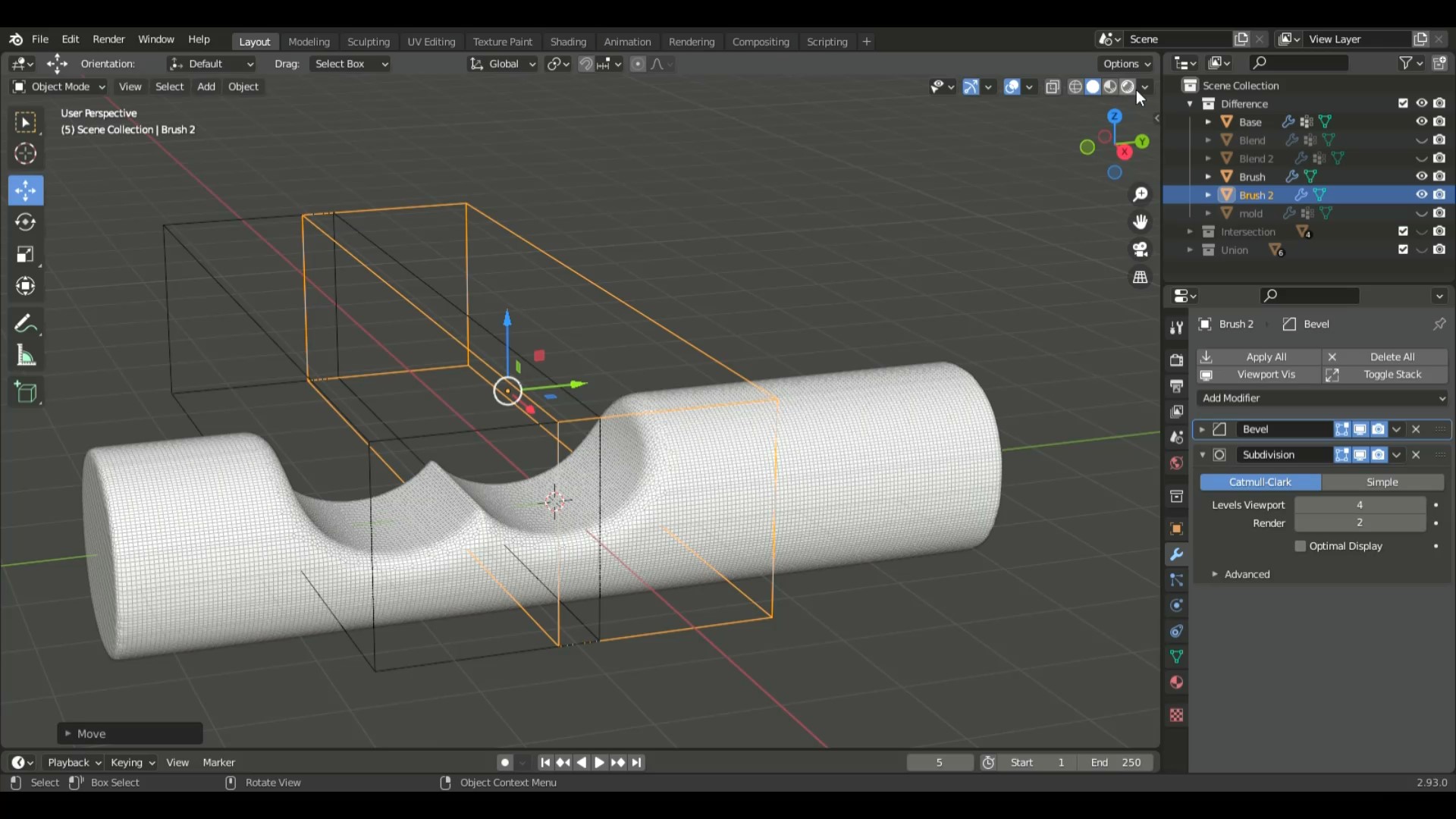 I have uploaded another video tutorial that shows a better improvement to the original modifier setup. Three more modifiers are added to give the blend fillet more room for expansion and allow objects with sharp edges to be combined. It is still not a finished project. The shrinkwrap modifier doesn’t work as well as it should. Geometry nodes seems to be more promising. Hopefully, more tutorials will be shown. 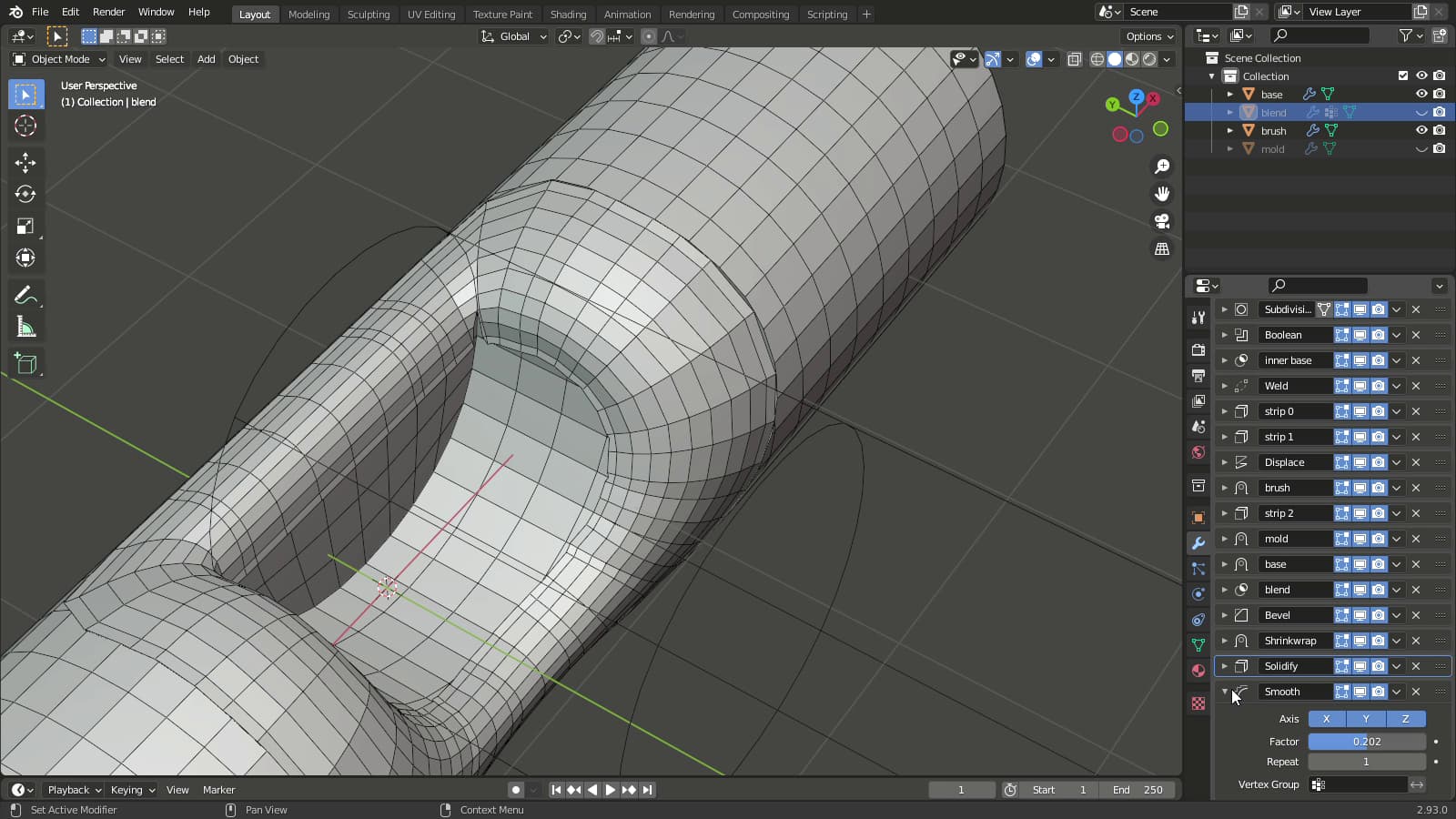 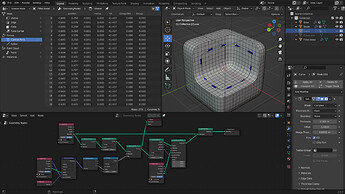 Hello, it has been a while. I have been learning and implementing the geometry nodes to create a fillet effect on the bool-subd surface. I am still a beginner on the geometry nodes. I can create a profile sweep from the mesh to curve node, but the twisting or tilt of the main curve is not stable when moving the brush object. I am confused at the moment, and I need help. I have uploaded a blend file for anyone to help me find a way to make the twisting/tilt stable. The extrude node is a better option, but there is no bevel node yet. Please let know on how to fix this. Thank you.

Hello. After a long and difficult time, I have made an important progress in making a node group. I had tried a number of ideas that have complications. The most complicated was a curve to mesh node with the curve generated from the boolean as the main curve and the curve arc as the profile. The curve’s tangent would keep changing directions. zeroskilz had helped me with the Z-curve sweeper node group, and his advice had helped me to find the cause. I was able to make the tangent stable, though not a 100%. It will be some time before this will happen. The biggest breakthroughs are MaxEdge’s tutorial on interactive bullet holes and Blendergrid’s tutorial on creating a smooth node (both on youtube). I have uploaded a link to the video. 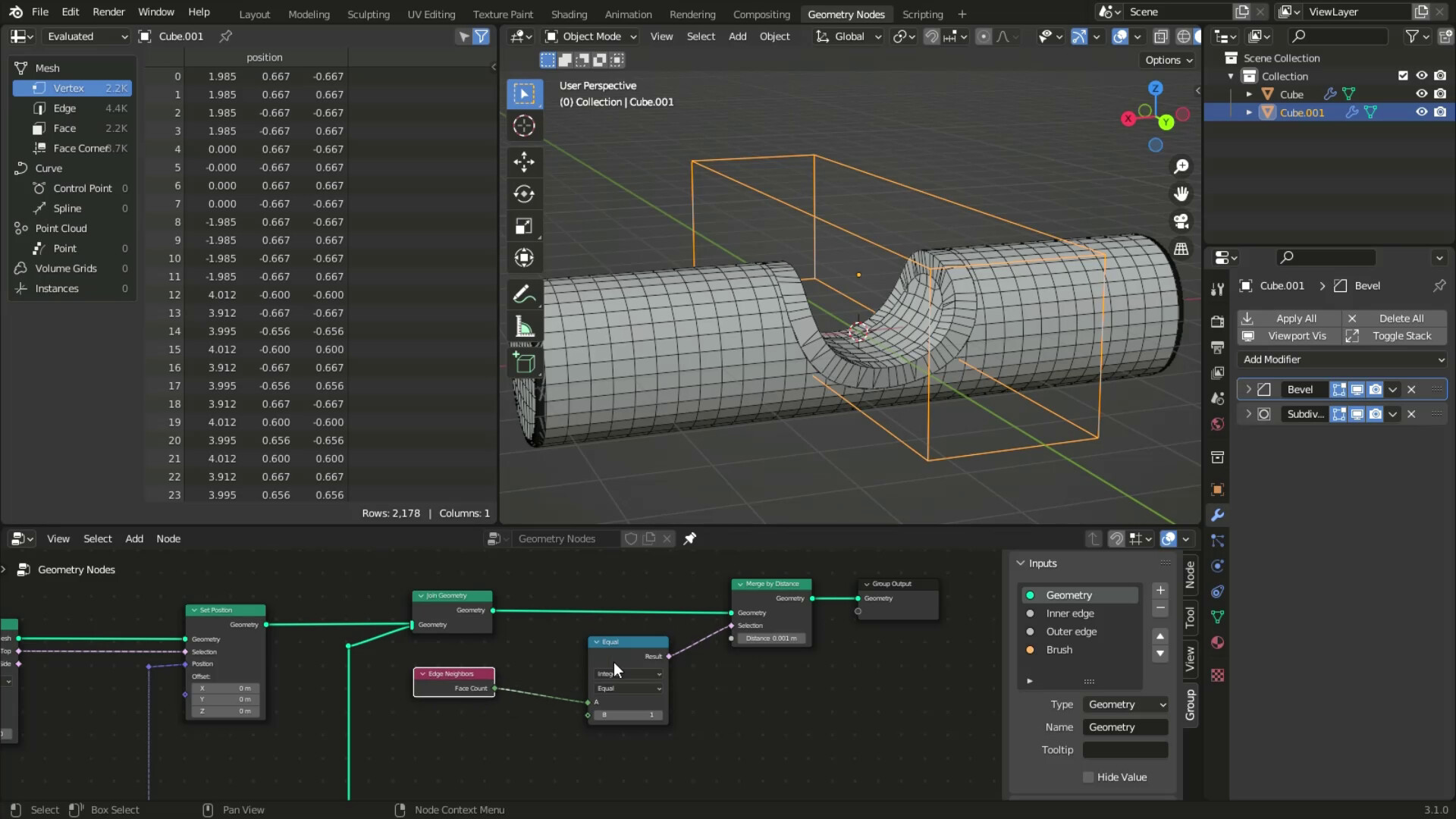 The node group is not yet complete. There is still another idea to try out. If anyone wants to try to experiment with the blend file, I will upload it soon.