I’m trying to make a broken pillar and I found a quick tutorial using boolean. I have used it before, but I didn’t know it could do “broken” stone.

The tutorial page is HERE.

Instead of getting a multi-faced surface like in the tutorial, I’m only getting a cut off…or whatever is the proper term. Basically, the top of the pillar doesn’t receive a new face with all of the multi-faces that would be representing a broken surface. Instead, it looks empty like I broke open a badly designed set piece on a cheap movie set.

I’ve tried changing normals, checking/unchecking boxes, even making sure there were no doubles to remove. Nothing works.

I even created whole new objects and followed the tutorials examples exactly, thinking I had screwed something up or simply just couldn’t after what I did to the pillars design, and the very same thing happens. 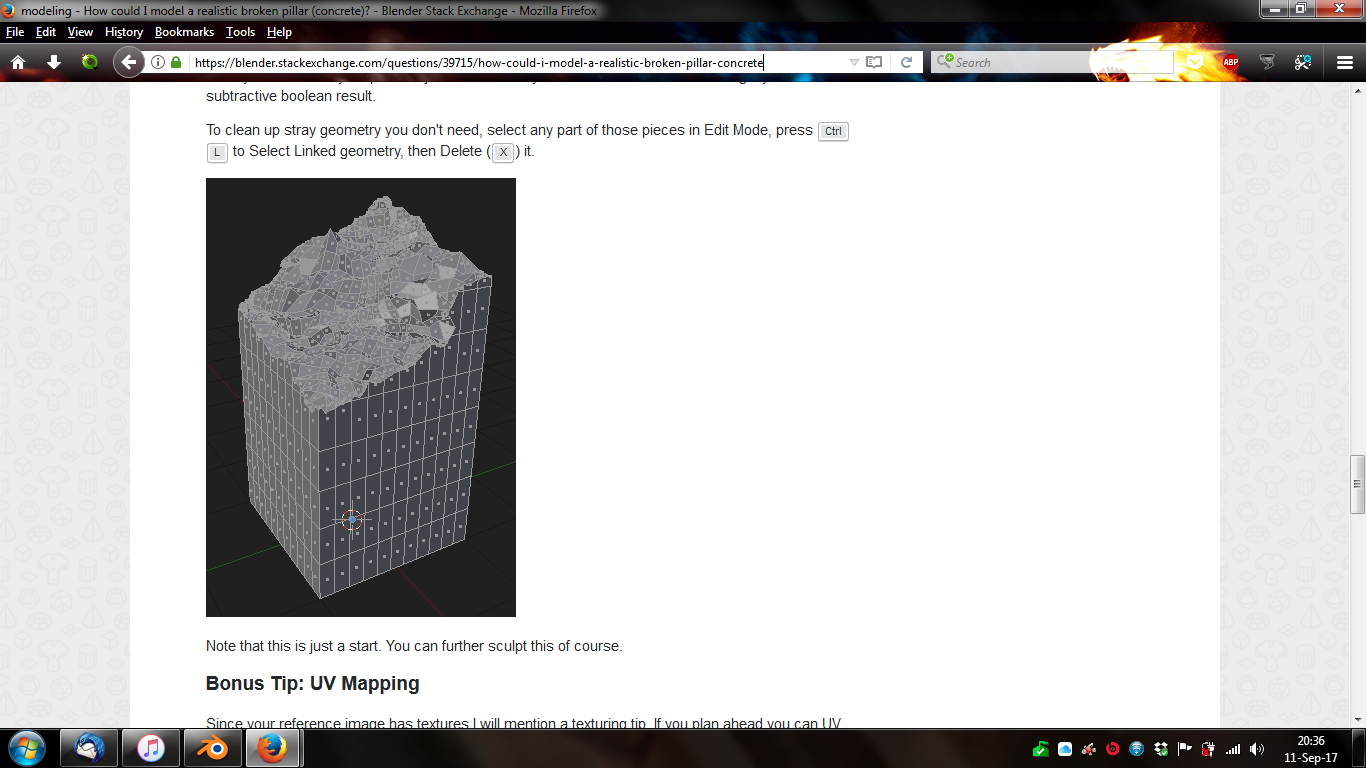 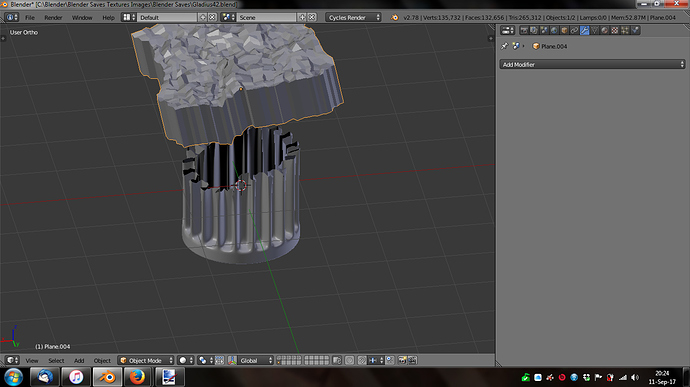 The file didn’t have unapplied version of the object. It does have many unrelated objects and compress wasn’t enabled. 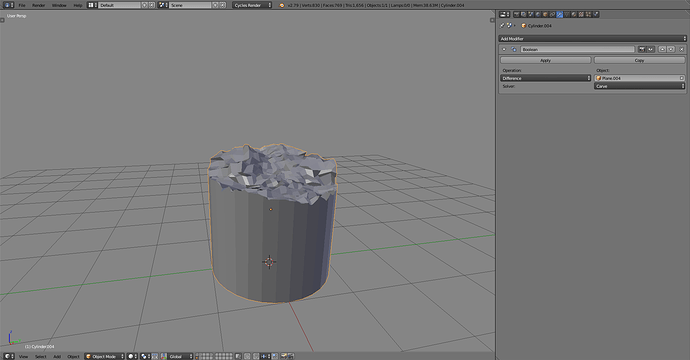 The cutting object has self-intersecting geometry which might result to not having faces on the cut surface when Bmesh solver is used. Carve includes them, but it also means the surface goes through itself on some parts on the resulting surface.