This text will be hiddenI’ve been making a toon shaded character and I’ve been stuck on how to get the mouth boolean to work correctly. In the tutorial I’ve been watching, Lightning Boy Studio, the boolean perfectly cuts through the mesh and the solidify modifier. Mine instead does this. I’ve tried changing the subdivisions for the boolean object but that either does nothing or makes it so that the boolean doesn’t cut through at all. I’ve tried the overlap threshold and has had varying degrees of success depending on what shape the boolean is. I’ve tried putting the boolean modifier after the solidify modifier which also sometimes works. I’ve tried flipping the normals and that doesn’t work either. I’m at my wits end with this and just want a solution. Sorry about the image, I can only upload one apparently. 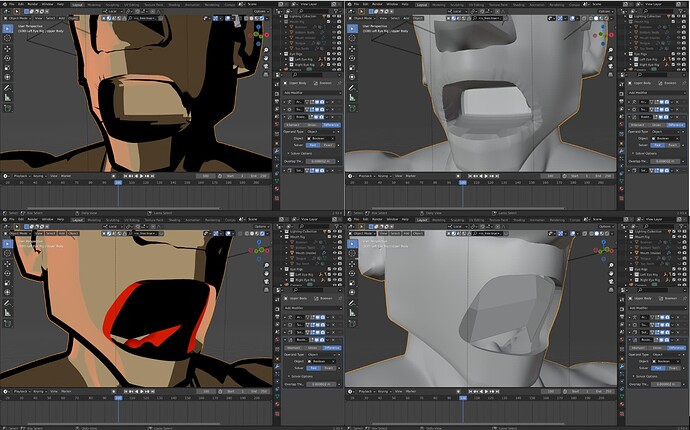 Move the boolean modifier to the bottom of the stack

I did, thats whats happened in the bottom two images.