I’m following this tute https://www.youtube.com/watch?v=pcUe-ab_jQs which worked for my first iteration.

Now, I follow the tute to the actual deleting or removal of the cylinder and in my work there is just another cylinder left in the box. So I tried to separate this left-behind cylinder from the box and try boolean again. This time it gives me a cylinder with the middle cut out, regardless of whether I have difference or intersect or w/e. So I cancelled that and tried deleting the cylinder. It cut a hole but there’s no faces in the middle, which is what I want, what was achieved in my first go. What am I doing wrong?

Thanks for the help! I am still learning.

You should supply a link to your blend file so we can actually see what you have
Upload to http://www.pasteall.org/blend/ then reply with the download link

http://i.imgur.com/sK6QR1K.png instead in this image it is now one item. Last time I somehow split the two and deleted the cylinder which got renamed to cube.001 and I ended up with just a hole… like this http://i.imgur.com/eGxgAqJ.png but this is the hole I wanted and achieved the first time http://i.imgur.com/j6S4gXt.png (the mesh is ugly in Daz Studio so I redid it in the hopes of having a nice looking mesh. No dice there yet). So… I hope they help you tell me what I did wrong

It would be easier to use one screenshot to explain and then upload the .blend. An image helps you to explain, and you correctly included the whole Blender interface in the shots, but the .blend file is more important for troubleshooting and communication. See the tutorial linked in my signature, it shows how to prepare a .blend and how to upload.

Duplicating the objects is one way to show before and after in a screenshot, just have to select the before version to show the boolean modifier settings. Would also be good to use a list when explaining steps and use paragraphs for subtopics, that way it’s easier for others to read and reply to those parts separately.

Boolean modifier works best when both meshes are manifold and it also uses normals. I would guess that the objects got combined because one of the objects had inverted normals but it’s just a guess without the .blend. Face normals display can be enabled in 3D view properties -> mesh display in edit mode, ctrl+N to make normals consistent and pointing outside for all selected faces. Latter might not work if the mesh is not clean. 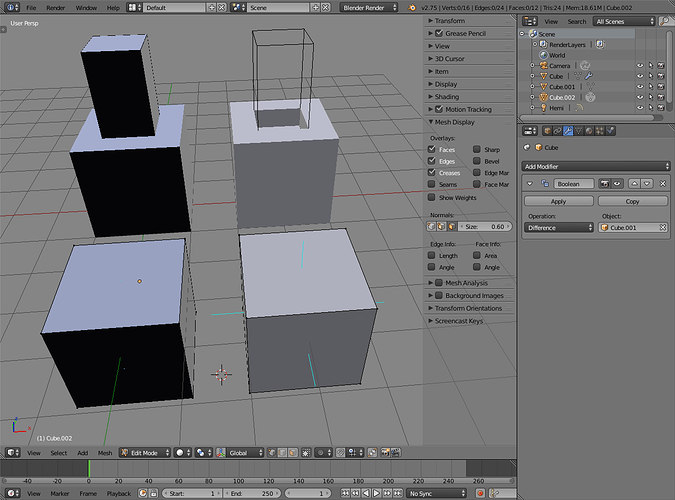 Boolean when normals are inverted and when they’re correct. The faces are darker but object scale affects those, so they could look like they should and boolean wouldn’t still work.

Thanks for the info on how to post, USBScifi.blend (94.8 KB) is the file. I’m really new so it’s probably a nasty looking thing. Tips would be appreciated

Thank you again! I book marked that page for the next time.

Your object has a negative scale !!! 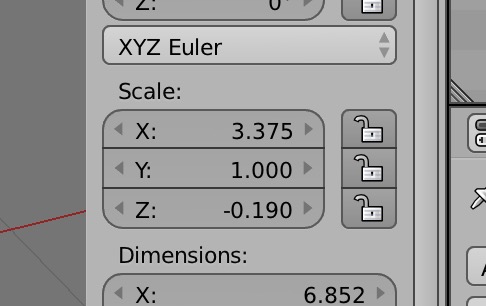 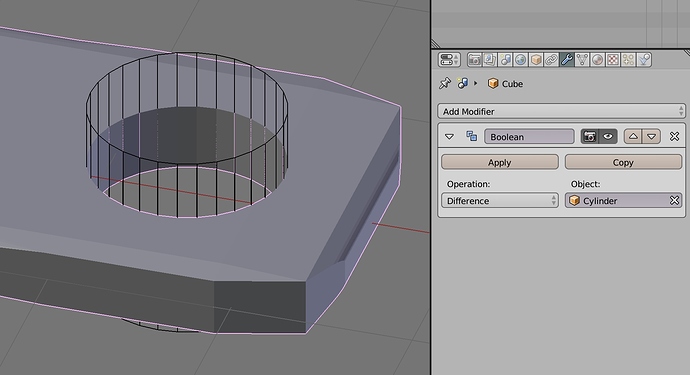 You need to take more care and attention to your modelling

Waah! Thanks lol, I never even noticed!