Hello all,
This is a little short film I have done recently. Visual effects and editing were done in Blender, titles and paintings were made with Gimp and Ardour and Qtractor were used for sounddesign.
(edit: Now there are subtitles on Vimeo

Synopsis:
Lea addicts herself to the illusion that she could communicate with her deceased boyfriend Jens using letters.
As an old Lady tries to beautify Jens’ decayed grave put of pity, Lea’s illusory world collapses because she percepts the care of the grave as a concession that Jens is actually dead. Soon Lea is confronted with her mental projection of Jens who alleges Lea that she would neglect their relationship and finally it turns out that Jens is a manifestation of Lea’s feelings of guilt and tries to drive her into suicide. 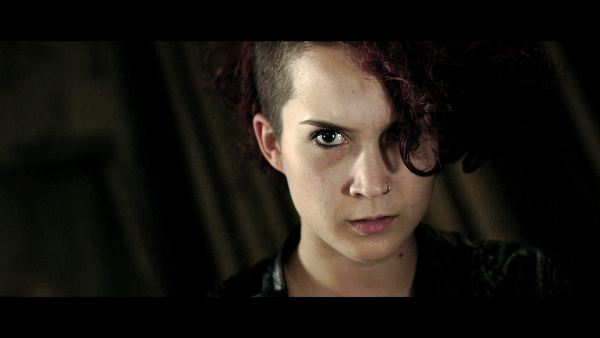 Link to the German only version on Arte Creative.

Here are some Screenshots of my workflow: 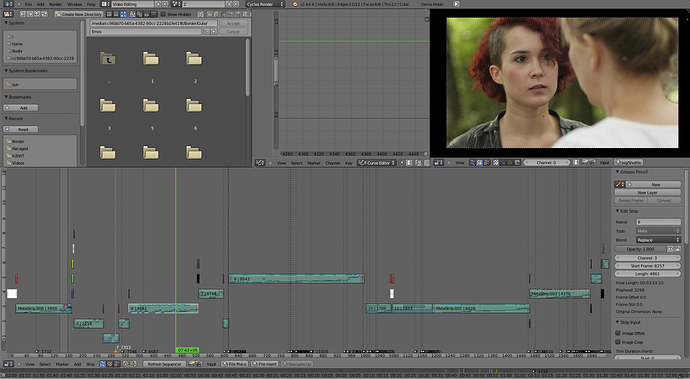 This is the whole timeline after inital editing. Every Scene a metastrip. 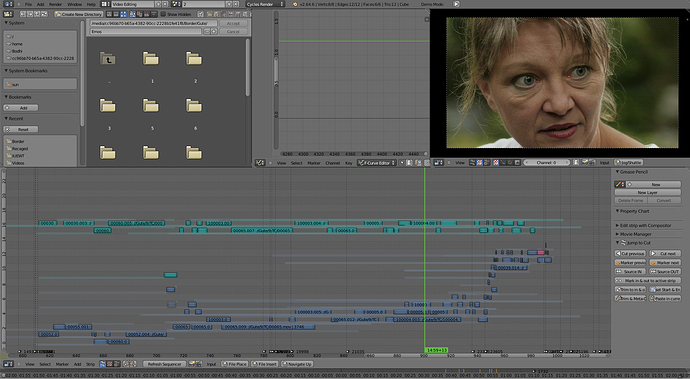 Here we are inside a Scene. From here I exported single strips which needed to be modified seperately (e.g. for Visual Effects) as raw avi files. Then the whole timeline’s audio was aligned on two tracks which were exported separately so that I had gotten two audio files with non overlapping sound.

If there are no subtitles for a foreign film, people can lose a lot of interest easily since it will only be focused on a certain audience. How else would a viewer fully enjoy a film.

Your host was kind of laggy (bad stutter) so I switched off. Do you have a youtube or vimeo version available? Nothing found when I googled for it.

Why are you posting this in the Artwork>Animations section?

Hmm, because there are mainly images posted in the finished projects section and so the Animations section seemed most suitable for a moving picture to me

Why are you posting this in the Artwork>Animations section?

I noticed that the OP has a VFX shot at the end of the film that features photo-realistic animation–apparently made with blender–composted into this short.

Right, the Quills coming out of Jens’s eye and the other Feathers in the air are Blender-Made

If there are no subtitles for a foreign film, people can lose a lot of interest easily since it will only be focused on a certain audience. How else would a viewer fully enjoy a film.

True, the swedish version of girl with a dragon tattoo is one of my favorite movies yet it was in Swedish,what helped it were the on-point subtitles.

Well, I finally found a good program (aegisub) and also some time to create the subtitles. Because I prefer Vimeo, this version comes with burned-in subtitles, I’ve added the Video to the first post.
Though my english is not the best, I hope you get the meaning.

Sunboy thanx for documenting your efforts on this project. It was an interesting read and the solution of using an external drive as a swap partition was very creative!

I haven’t used the vse2compositor script on big projects yet, big projects meaning tens of thousands of frames as in your case.
But I have two related suggestions.
Firstly, have you tried rendering stills which would then be muxed with audio in another blend file? Wouldn’t that eliminate the memory requirements?
Secondly, losseless HuffyUV rendering has always been a failsafe method for me. The obvious drawback is in the huge file sizes but it is very fast and works without problems. I wonder if that would apply to the vse2compositor strip too. I’ll currently working on a project which will be over an hour so I’ll test it out.

thanx again for sharing and for the (probably) greatest VSE script ever!

But I lose interest even with the subtitles lol!

@blendercomp
Both ways are possible, but as you said especially with HuffYUV the files get ~very~ large.
Fortunately, now exporting is not a problem anymore because the bitrate limit has been removed some time ago. That means you can simply export your master file as DNxHD 120. Fast and very good Quality