Do you remember lost levels?, before arriving to the boss at the end of the last level, that there was a “Fake” dragon or boss, well that was Raul. He is back and this time he will be waiting for the plumber. 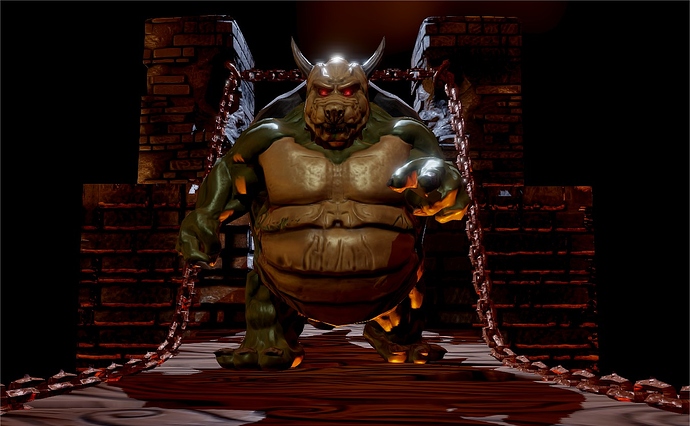 reminds me of the Ganon from the animated series

Ganon from the zelda series?

An overview of the brushes and sculpt tools used