Hi people! This is my new wip, since I got an extremely strong urge to model a vehicle I left my other wip for later:eyebrowlift2:. I want to make this of reasonable good quality, since I am planning to use this later in a scene. I couldn’t find many photos of specific vehicle details and I basically use the general pics as a reference. So tell me what you think about the modeling - I want to be sure that the modeling’s right, so than I can move on to texturing it properly. (I have also found out what does BAKE TEXTURES mean and I can tell you that its GREAT! :D- that was got me so excited about modeling a vehicle in the first place). This is not yet done and I’m actually thinking about making new umm tracks? (the band around the wheels)

I´d like to take a look, but the link is broken.

Alot of clicking to look at the picture but when i did get to it it does look good!
You’ve got the shape down well!

Blueprints: http://www.the-blueprints.com/index.php?search/bradley/
Keep it up!

Sorry about the link, here’s the pic:

Thanks Odeas, but I’ve got all of those pics already ;), anyway I’ll keep you updated with my progress.

The turret looks a little to short and I believe the missile system sits a bit higher. Also the foremost part of the treads look a bit too oblong. Other than that, the porportions seem about right.

I made some improvements as per Sharper’s suggestions and added some extra detail. What do you think about the model (face count: 4451) - I want to keeps this pretty low poly to use i a bigger scene, not sure if there’s already too many faces though. I think that all the necessary detail is there (the body at least) so I will start texturing it.

Comments and suggestions are always welcome!

Quoted for agreement. The front panel has tons more detail than just a flat face. As does the turret. All the realism is in the smaller details.

A quick search found a few images for reference, have a look at the details. Thanks for the pics. I can give it more detail, but don’t you think it will make my future scene lagg. I’ve made a ‘battle scene’ before with 1.3 Million faces and smoke and grass particles and it took blender to a point where it crashed sometimes if I increased the grass particles by a bit and it took 15 minutes to render the scene at 800*640 (pretty sure).

I’ll save this one as a separate file, and add more detail. I should post an update in a few days…

Thanks for the pics. I can give it more detail, but don’t you think it will make my future scene lagg. I’ve made a ‘battle scene’ before with 1.3 Million faces and smoke and grass particles and it took blender to a point where it crashed sometimes if I increased the grass particles by a bit and it took 15 minutes to render the scene at 800*640 (pretty sure).

I’ll save this one as a separate file, and add more detail. I should post an update in a few days…

Then go after textured details…

If you’re so worried about the polycount then why not make a high poly model and bake normals to a lower poly model? This way you could still get a low poly model and have small details intact.

That’s a pretty sexy IFV right there. As an additional challenge, maybe you can try to use the military’s new digital texture. 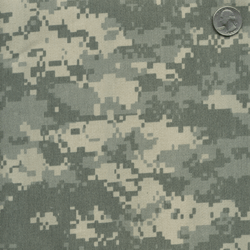 Ah baking normals… I’ve got very little idea of how do do that and than apply the texture to the next low-ploy model, but I’ll give it a shot. The hardest thing for me it to unwrap a mesh and than try to apply the image to a different mesh - usually I screw this up.

I’ll work on this model for now and add some extra detail (more bolts and screws lol) and than I’ll see if my pc can handle like 50-60 of these vehicles on screen at the same time and how long does it take to render. If it takes too long, I’ll bake (try to at least) normals on a less-poly model. I will also try digital camo (eventually) - looks bloody sweet!

Render it in several passes and combine it via nodeworks.

Woooooow, now thats what confuses me: fancy words like “passes” and “nodeworks” - by Nodeworks do you mean UV Image Editor? and by saying combine you mean…? Combine what exactly?

I know you can just render the colour with no shadows, and thers a NORM button as well that I think should render normals (for me its just all black screen). I know I can also bake normals on an image, but a layout of so many faces will be diffrent to a low-poly model, with few faces and it will be very hard to uv map the image properly.

I am most likely missing something very important (most likely called theory lol) but hey, thats how I earned my DP.

Would he be interested in doing this ATM Eradicor?
Although its a good idea i ‘think’.
Talking about baking his model, why go into detail about subsequent scene schematics?
Missing the point maybe from where we were talking about baking from high to low poly.
Thnc for further input, hehe.

Hey, guys. I’ve finally finished all of my exams and hope to do some blending over then next few weeks. Haven’t done much except: I’ve tried to make the textures look more real by using dirt_stencil and also added some details. Do any of you guys know how to model the tracks? Cos I’ve read through some outdated tutorials which didn’t work for me sadly

. Also if anyone could point out some good light-bulb (flashlight) tutorials that would be great, because again I couldn’t find any good ones myself.
Here’s a small update (tried integrating a photo and blender scene) :