I am looking for a CGI and concept artist to help out on a short film project.
You must be without fear as this is a fairly daunting task, I say “short” but it is looking to run around 30min and 95 percent of the shots will have varying levels of CGI.
Don’t worry, you will not be the only CGI artist, instead you will head a (yet to be assembled) team.
The production is based in Australia, with all of the filming done in Sydney, but I do not care what country you hail from.
Now this is a self funded, very low budget film so I cannot offer any real payment; if successful though, this production will be an inspiration to others and a jewel in the crown for any aspiring artist.

Anyone interested is welcome to visit www.film-scene.com/battleground the site is still under construction but there is a little more information.

If you want to be involved but don’t want the “top” job please don’t hesitate to contact me, there is a lot of work to do and we could really use your help.

Thanks in advance to anyone willing to help; I look forward to hearing from you.

Firstly I had a look at your site, the story outline was interesting, though very short,

Our hero is female right? Taking on aliens that are fighting between themselves, right?

This is what I got out of it: a lot of action, advanced animation sequences, intense VFX work such as fire smoke simulations, particle systems, Rigid body simulations, possible crowd simulations. You said filming will be done in Sydney so a lot of this work will be green screen live action footage composed on CG elements… that is a whole lot of work, computing power, time and money.:eek::eek:

If you expect a person to do this for free you will probably get some negative feedback, unless you provide a rendering farm solution, or the person does only modeling work and you do all the texturing, simulation calculations, and rendering at your end.:ba:

actually I can see this being an unfinished project. Sorry to say.

Did you read this first?

It is regarding advertising for help.

You are honest about the budget thing, but how serious are you expecting folks to be even if they join? It seems a little ambitious to me. I wish you good luck, but I think you just may get a tongue lashing around here for the fact this was your first post, no real hard work on your part to show your seriousness…model examples a full story, how many people are currently involved. etc, etc.

I hope that in the future before you start these sort of posts you will have a lot more ground work done buddy. I do wish you all the best mate!

Thanks for the feedback Grafixsuz,

As the old adage goes, “the longest journey starts with a single step…” well this is about step three.

The reason I am looking for an artist to do the concept work and head the animation team so early is that I know how long these things take, and I am keenly aware of the influence their work will have on the entire production.

Maybe my post wasn’t clear enough, and I am sorry if that is the case, but I am not looking for one person to do all of the work for the entire film, I will need a solid group of artists and a good deal of time to get this thing done. I do however need one person (or two) to get the ball rolling and be my point of contact with the CGI community…

You say I will receive a “tongue lashing” for my efforts (or lack of) well this is the internet and I expect that. There will always be people who can’t see past their own perceived limitations and want to put down those who try, well so be it. My hope is though, that with this being a community of artists, there will be at least a few people who have the desire to create and push themselves to the limit.

Now you were pretty much right when you listed the required elements, “a lot of action, advanced animation sequences, intense VFX work such as fire smoke simulations, particle systems, Rigid body simulations, possible crowd simulations” now there are no plans for any CGI human or Alien characters, phew! But yes it is a heck of a lot of work.

So thanks again Grafixsuz for the feedback, I assume from your post that you are not interested in the job though.

I think you were very honest with your first post. I have a few questions though:

I think that should be enough for now… I tried to keep most of the questions open-ended but direct enough. Some of them may be blunt. If you don’t know… don’t hesitate to say you don’t know. These are just things that everyone really wants to know.

Thanks Consideringthepickle, those are some damn good questions… so here we go…

1. Is there a “finished” script? Obviously with a lot of CG the script will tend not to be as set in stone… which brings me to the next question:

No, there isn’t as yet a finished script, it is about half way through the first draft. There is however a 97 page synopsis for a feature length version of the film which I am adapting. So things are coming together quite quickly.

2. You said 95% will have CG. Will all the shots have live action? Or will there be some percentage of totally CG shots. Usually it’s a lot easier to do shots that are entirely CG.

Oh there will absolutely be some shots that are entirely computer generated… in fact the last third of the film will only need live action cutaways. However, a good deal of CGI augmentation will also be needed for almost all live action shots.

3. Is this going to be photo-realistic like Pirates of the Caribbean or are you open to something more stylized… or have you not decided -is that something you’re waiting for a concept artist to discuss?

Now the concept artist will have a lot of input in this matter, so yes I imagine it will be discussed at great lengths. I know the limitations of technology and our experience will affect the final product, but the world we create in this film has to seem as real as possible, so yes I have to say my inclination is toward photo-realism.

4. Have you thought about a plan for Distribution yet? Do you have any particular goals for the distribution of the film?

I am a fan of free distribution; it will be available for download via the web. Also; film festivals will be targeted, and if I can keep it to 23min TV would become an option… I want it out there, if we can recoup a little of the budget I would be ecstatic, but having people watch it is far more important.

5. Some background on yourself: Have you done any previous work? (Film/Art/Writing/whatever) and How devoted are you to actually completing the project? You don’t need to discuss your personal financial or living situation or anything on a public forum, but that would also be a question I’d want to ask… basically are you a professional? a student? a kid? a hobbyist? etc. What’s your deal really? If you’re a kid or a hobbyist that’s cool, but it’s just something good to know, like what kind of experience and/or knowledge of filmmaking/distribution etc. do you have in your regime? Or is this a totally a first time project?

First up, I am not employed in the film industry… much is the shame. I guess that should be, I am not YET employed in the industry… I have a regular, kinda dull, job but I have been a film-maker for many years.
The majority of my experience lies in Editing; I have been an Editor for about 15 years now. The nature of the Indie-film beast, in my personal opinion, requires more of a “jack of all trades” mentality however, and to that end I am also experienced (to varying levels) in Directing, Gaffing, Grip, Cinematography, Sound Recording, Sound Mixing and Compositing… and the list goes on. Excluding this film; I am currently in the middle of two projects, 1. I am shooting and editing a pilot for a television series, and 2. I am colour grading an independent feature film.
Oh, and I also hold a Diploma in film production.
On the financial side of things, well I’m a film-maker so of course I am poor(ish)… I have scrimped and saved and will have a few thousand dollars to cover shooting, it isn’t much but it will do.

6. Have you looked into funding sources? I know you said it was low-budget and there was no funding. Does this mean you’ve attempted to get funding and exhausted all the possibilities? If not, would you consider some funding options? (Pitching to investors… Crowdfunding Merchandize or Pre-Sales?)

Film funding in Australia is a little lacking, if your not making a film about people coming to terms with something then you’re not likely to get dollar one. I would rather self fund this film, hopefully with a little help from private investors, it does make life that little bit harder but it ensures complete creative freedom.
One possibility though is completion and/or distribution funding, once the film is shot and edited with anamatics/incomplete CG in place more avenues of funding open up.

Well the answer lies somewhere in the middle, as Writer/Director my decision is ultimately final, but I am no jerk and have no delusions of grandeur. The Concept/Lead artist will have a great deal of influence (that’s why I am seeking their help so early) when it comes to creating the “world” portrayed in the film. In regards to things like casting and story-lines however, well that’s another story, I embrace collaboration and will consider suggestions/criticism from anyone involved in the film but in the end the buck stops with the Director.

8. If there really is no way to get a budget, will artists get a percentage of whatever profits the film makes?

To be perfectly honest the likelihood of independent short films making any money are slim to none, if it happens though (and my fingers are crossed) then absolutely yes there will be a profit sharing agreement in place. Once investors, if any, are repaid then the remaining money will be split, with 40% going toward the next film and 60% being divided fairly between all persons involved. That’s just a suggestion but I think it’s a decent plan.

So I hope that answered your questions, I’m sure I have just opened the flood gates for many more… which I love and look forward to fielding.

Okay, your answers were really good, professional sounding. A lot more so than most proposals on here seem to be. I don’t think I have time to get involved. I’ve got a lot of projects of my own already on my plate and I’m trying to get my own movie going soon.
It sounds intriguing though. I’d like to see more about this. 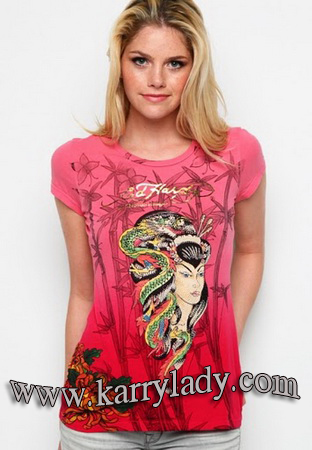 Thanks Mate, it’s very nice to get some positive feedback.
At no point did I think this would be an easy sell, I am asking a lot, I have had a little interest but have not found the right person yet.
Best of luck on your own film
Eli