Brighter On the Inside

Just working on a new scene here while I’m stuck driving up to portland. Who would’ve thought that my chromebook would be an ideal platform for Blender? Certainly not me, until I received this little, powerful bundle of awesomeness for less than the price of a low-medium range graphics card. This scene was a test for me with volumetric rendering and seeing how much this tiny machine could handle (2GB of RAM, anyone?:D). In the end, I had to do a lot of tweaking to figure out how volumetrics worked but it didn’t put the strain I would like on this thing (which I have named the ChromeBeast). So, why not add a couple 2 million face objects, a carpet with a hair particle system, and a dust particle system (~one million icospheres). Here is a test render, but beware that it is pretty rough. The carpet particle system got its children settings messed up and the dust particle system just looks like noise due to a high emission setting. In the end, though, I’m pretty happy with this scene for being made on a tiny laptop in just a few hours. Any advice, critiques, or helpful blunt hints will be valued greatly. Thanks for the help everyone! 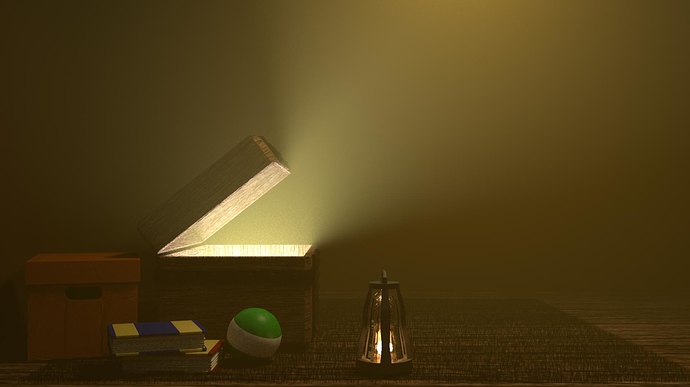