I’m currently working on an urban game level that calls for a bronze statue to be used as a centerpiece for a district of the city. The statue is stated to be an explorer that settled on the fictional upstate New York site in the late eighteenth or early nineteenth century and established the city. 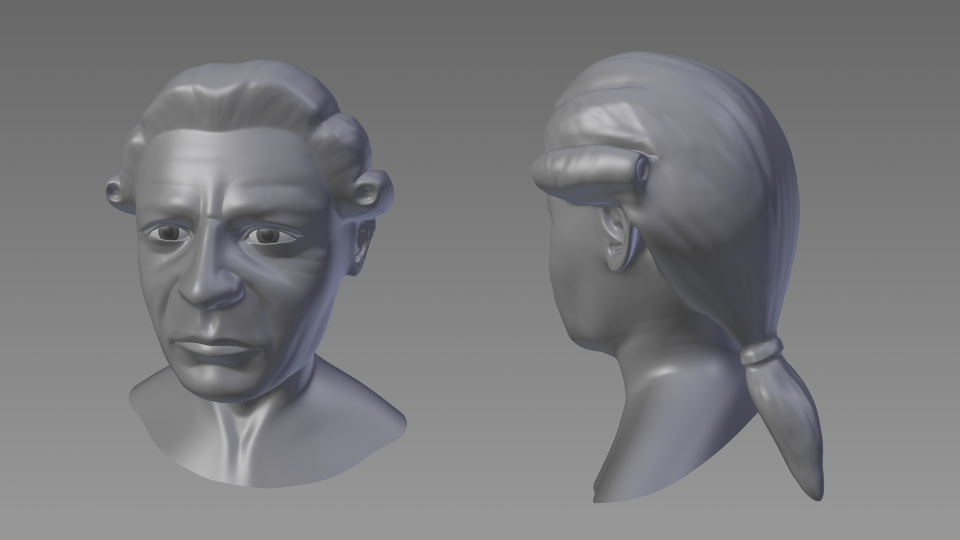 I am trying to add a great deal of detail into the model (purely foundational, will be baked to much lower poly), but I’m not sure about the body proportions and the style and wrinkling of the clothing. Any comments or criticisms are appreciated.

Also, I should probably point out that my primary reference is this statue of Thomas Jefferson, just to give you an idea of what this was inspired by, and what I’m attempting to achieve: 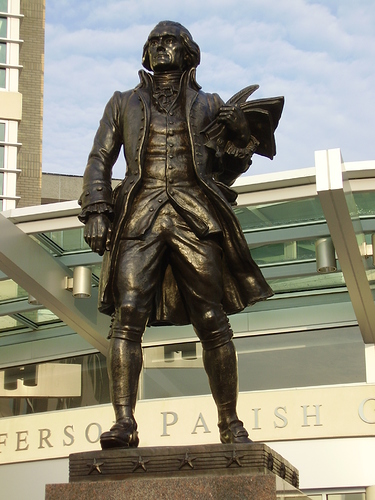 I’ll also probably have my character adopt a similar pose.

I never was very good at rigging… 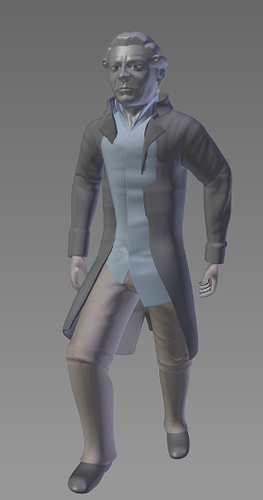 Do the head’s proportions at least look alright? 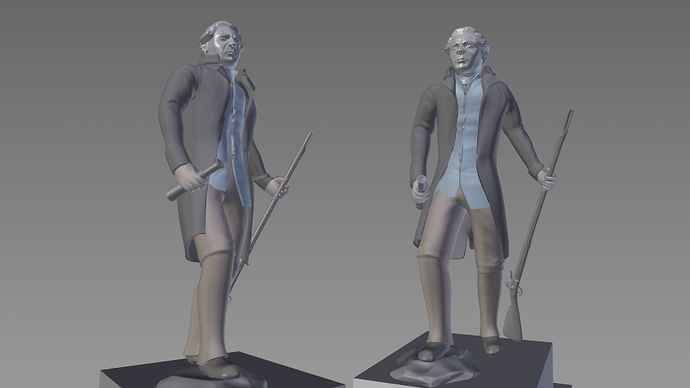 I’ve given the character a spyglass and musket, placed a rock at the statue base, and detailed the clothing a bit more. Yes, I am aware of the artifacts on the coat and shirt; having a solidify, armature, and multires modifier plus sculpt can do awful things to a mesh. I’ll clean those up later, after finalizing the pose, but before adding more detail.

If you have any pointers in regards to the pose, please speak up. I’ll be applying the armature modifier soon, to make way for more sculpted detail.