I made a rendering that is heavily inspired by this one:
however it is not intended to be an acurate reproduction! 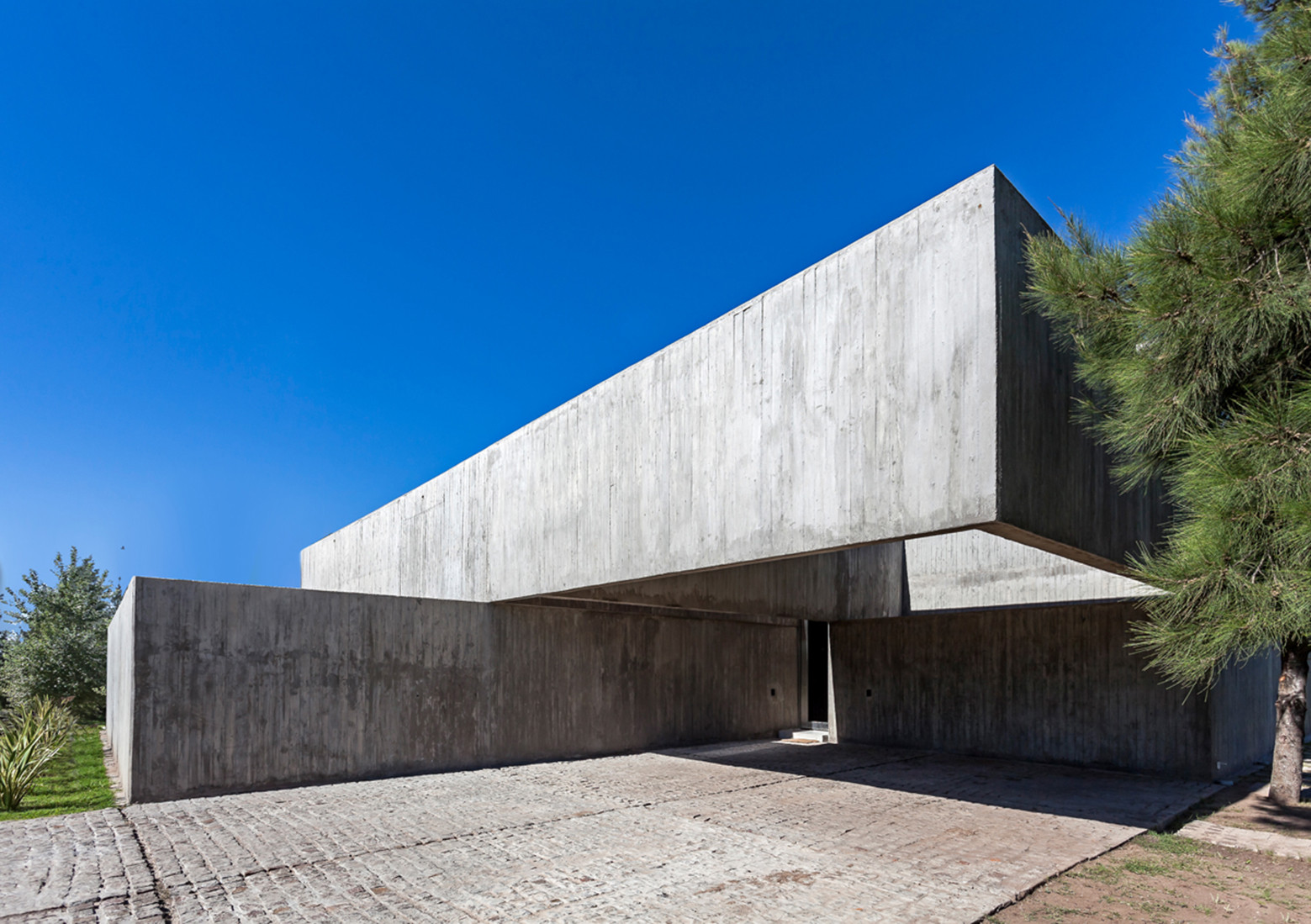 Built by Estudio Aire in Rosario, Argentina with date 2013. Images by Walter Salcedo. The spatial reaction of formal operations makes the strongest argument of this work. A simple rectangular base volum...

not sure what it is. 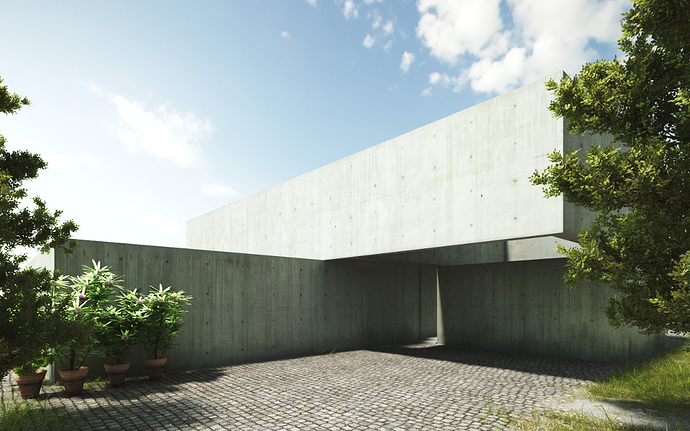 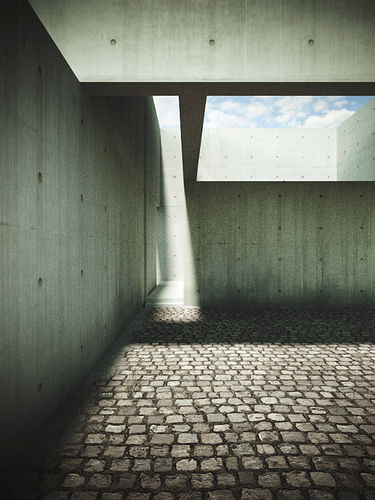 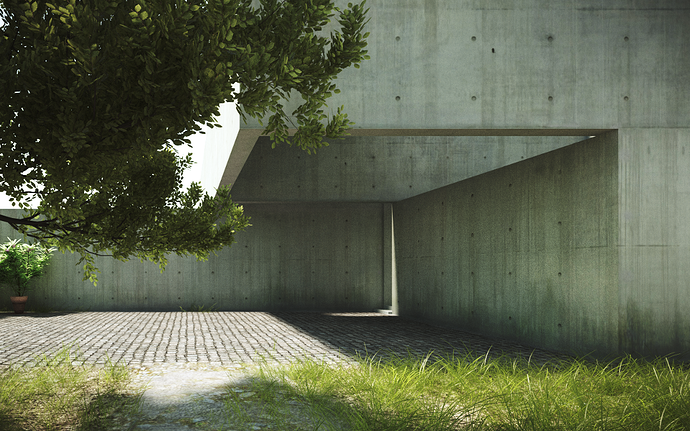 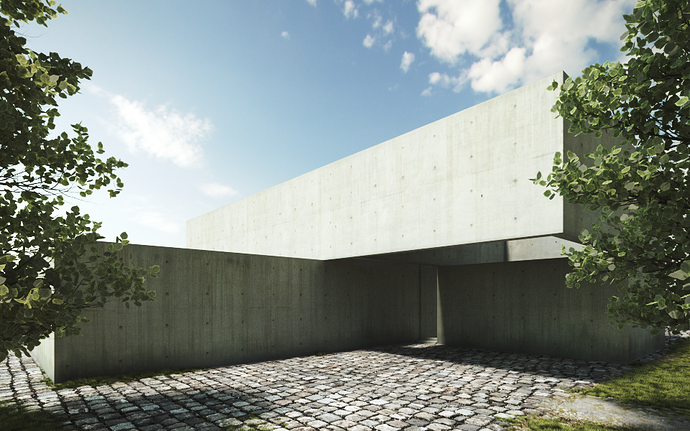 I really like the ground which looks very realistic with the stone and the grass.

I would add some depth of field and give some of the leafs a different color because at the moment all leafs look the same.

I added some color variation for the leafs now
, tried dof but didn’t look right. 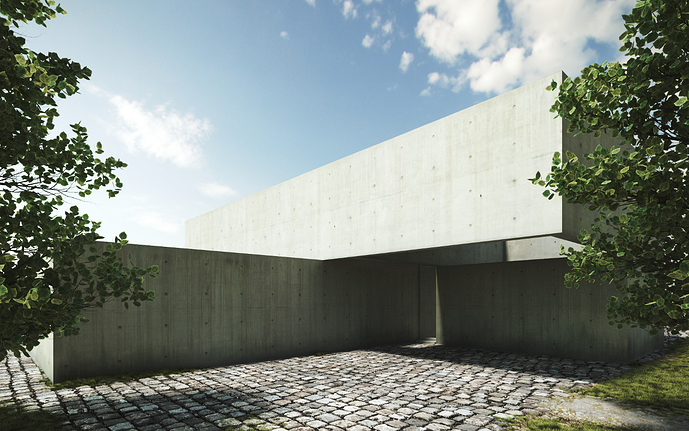 small update again, i think i should go for more shots.

(Note: low samples and displacementmap for the floor is deactivated) 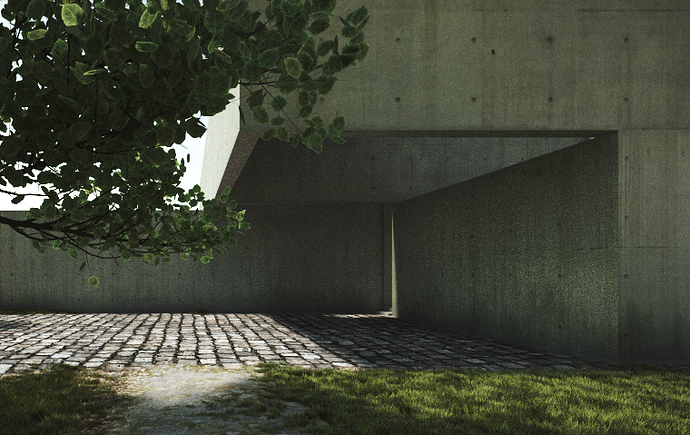 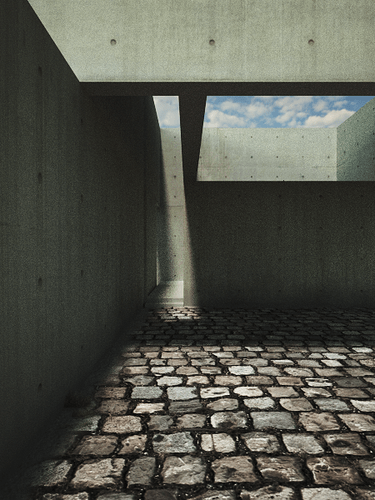 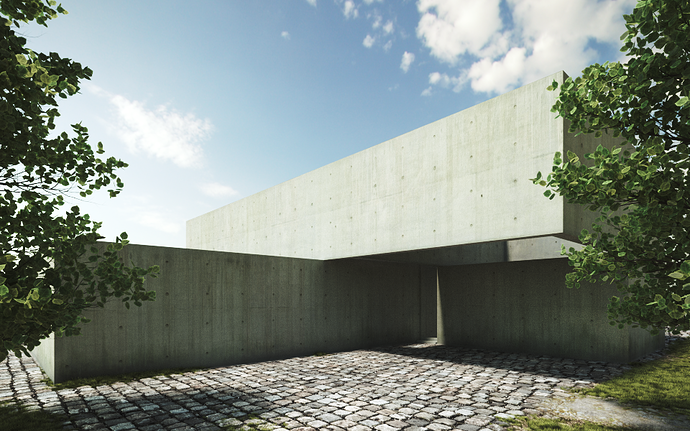 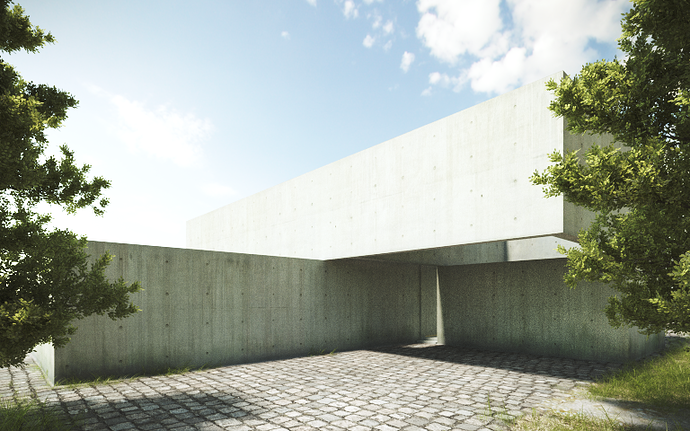 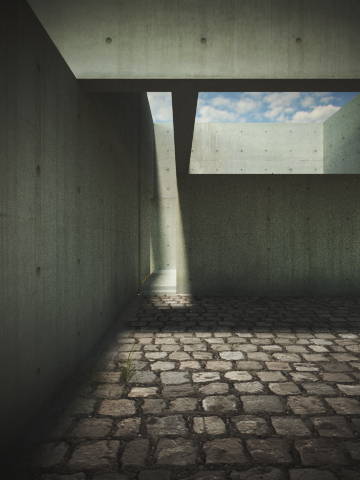 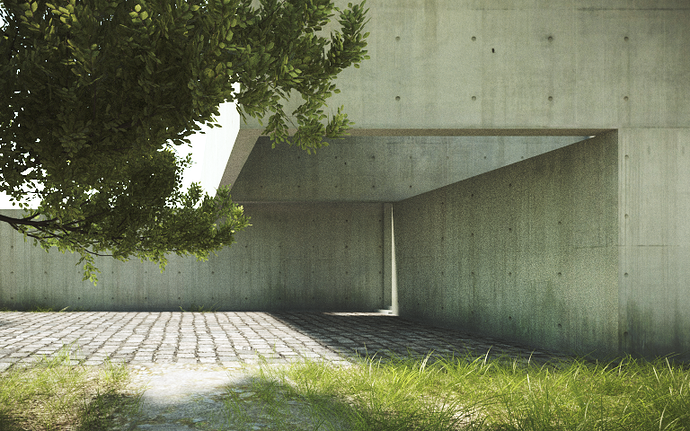 Looks good to me!
First image in post 1 (i assume are there the latest): the top wall is nearly totally overexposed, maybe you can just reduce the sky “haze” so at least can be better seen the wall edge (i think a way between your image and the reference photo is good). Vegetation is fine, i would give more space between the vases.
image 2 : i would add more variation to the grass (different species) and remove the branches in the foreground going too much out of the tree.
If you want to “step up” you can try sculpting the wall edges, especially from image 2 they are too much sharp.
I think an animation (something like day/night cycle) can be very effective to showcase what you have done.

you are artist man

Very nice !
Everything rendered with Cycles ?

I know it has some rough edges (or not rough enough ^^) here and there but i’ll leave it as it is for now and may revisit it when I got a faster gpu.

@Alain Yes it was rendered in cycles GTX 460 1024 overclocked to 800Mhz about 1-2 hours each. Eats mor then 900MB Gpu memory, there is not that much more space for detail

@mbmt13390 A lot of the work was creating materials and playing with insanebump etc. There are a lot of textures blended together, the concrete was made with 4diffuse/4bump/4height/4gloss maps mixed together with 3 “distribution” black and white textures. Leaf and grass material was a little difficult until i figured out that translucency is very very important! grass is also doublesided.
Also had a displacement map for the floor however all those subdivisions eat up too much mem, then the scene was not even renderable on cpu (with 4GB ram)

High res maybe in the future, still would need some work for highres.

@mik1190
Sculpting some rough edges is probably a good idea however I’m a little bit memory limited
giving the vases mor space didn’t work, it shifts the focus too much to the vases and looks off then. Yeah I agree with the branch and grass species.

@Remade, you mean vignietting, none of the images has dof, the first image already got a lot less vignietting compared to the others.

sorry,not dof.in first image because of exposure the top end seems to merge with sky,maybe reduce exposure and contrast a little.

Thanks for those further infos.
Would you post your leaf-material ? 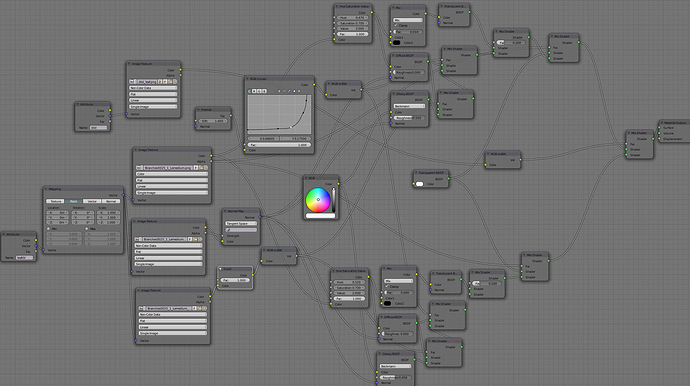 ok not perfect some mistakes here and there, and not doublesided, but works for me