I’m working on the interior of a UFO for a project, I’ve been waiting for a chance to use Buck, he looks kinda scary sometimes so I thought he could pass for a mutated rabbit. Anyway when I append him into the project he goes straight to the origin. I can’t move him or else this happens (see photo). I’m not very experienced with animating, so could someone tell me how to correct this? 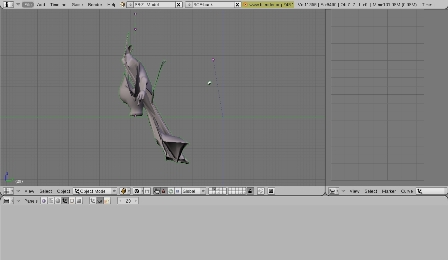 can’t see very much from you pic - too small
but is he parented to an armature and you are trying to move the mesh?

if so grab the armature and move that - he will follow

The best way Ive found is to append the entire character scene from the individual character production file. Then you just link all the objects (Buck and his armature etc) into the scene your using for the animation. (using Object>Make Links>To Scene)

Waylow is also right, if you want to move/rotate/scale him, move the armature, dont touch the mesh.

Hey thanx! I wasn’t aware that you could append the entire scene just by appending “the scene” (I shoulda known it was that easy.) So far so good now when I move him he doesn’t distort, there’s still a blue line that connects him to the origin. But so far so good, thanx! 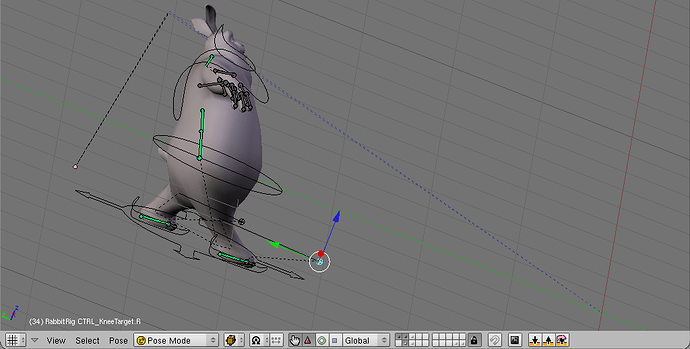 Where can you find that model?

at the BBB site

So far so good now when I move him he doesn’t distort, there’s still a blue line that connects him to the origin. But so far so good, thanx!

If its not effecting anything tho and u can work with it how it is then dont worry about it, its not like it will turn up in the render

at the BBB site

The only thing you can download is the DVD, and after much searching, I can’t find a .blend download. Can you give me a direct link?

it’s part of the production files on the DVD
down the bottom at this page
http://www.bigbuckbunny.org/index.php/download/

this is the torrent for the Production repo’s
http://download.blender.org/peach/bigbuckbunny_production.torrent