That’s my latest work, opening and bumpers for a TV show.
Everything was made in blender: chromakeying, modeling, animation, compositing and edit. 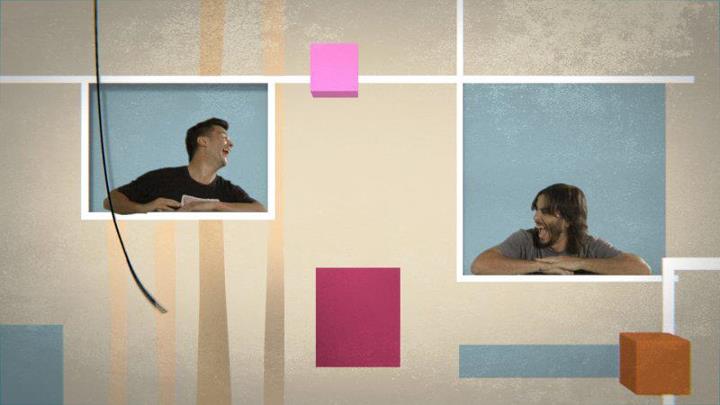 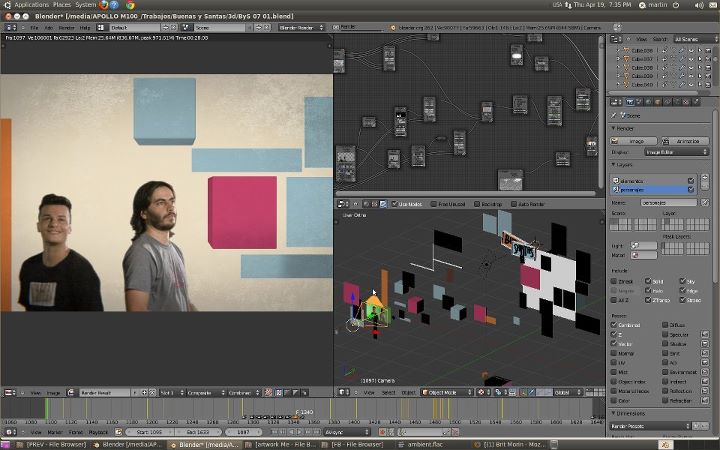 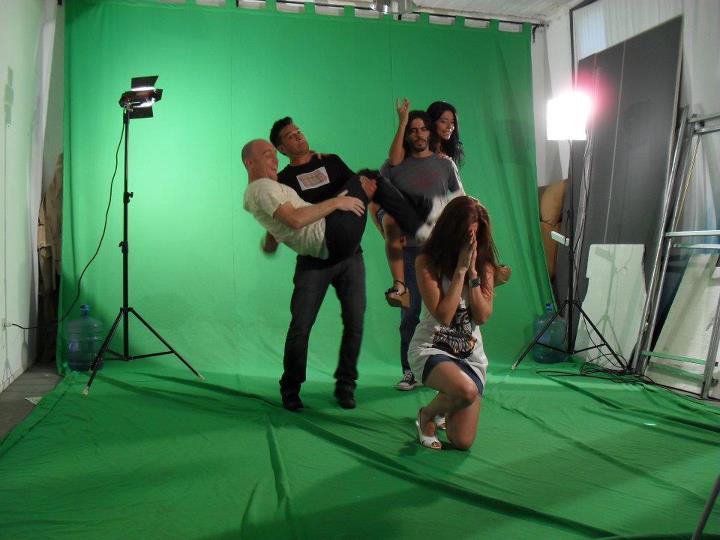 comments and critiques are welcome.

Here’s the nodetree, if someone asks for it. 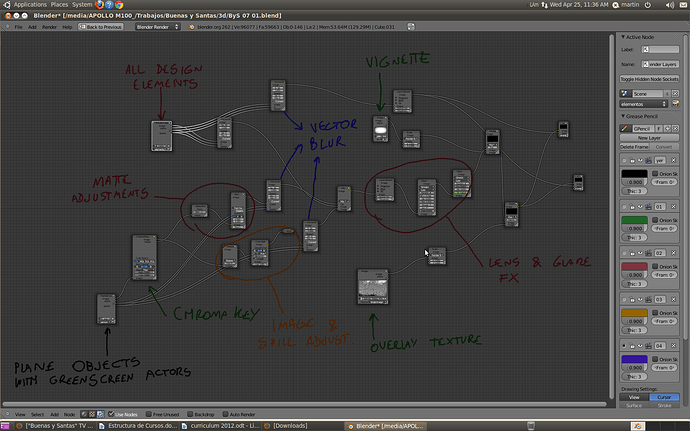 Thanks!, it was really fun to work with these guys, and with some planning.

Nice work.
Some transitions are very original, some others quite vintage and the final result is very cool.

As a less skilled artist than yourself, one thing that still stood out to me was the lack of weight of everything in the physics simulation at ~0:40 in the first video, everything seems to “jiggle” a little too long.

great stuff although I noticed a problem
at 00:34 in the first video, the part of the guys stomach becomes transparent

yep. both cases are my fault!

Idh1109: i haven’t seen it til today. In the dolly back i have revealed the mapped plane. Thanks for noticing that!

monsterdog: i haven’t the time to tweak the particle settings enough. It doesn’t appear too distracting to me, but, well, could be better.

This is amazing work. I have yet to venture in the motion graphics world in Blender but this really gives me hope!

@Spockless: i threw away AE when i decide to go with Ubuntu, and i’ve learned to do tha same things that i used to, in Blender. Way ahead fun!

(i know, sometimes was painful, but here i am.)
There’s a lot to learn, everyday. Thanks!