So I was on Blender today minding my own business when suddenly something I was making went into a finished-model looking birds eye view as though I was looking at it from the camera in a new project (which is where the image of my stuff was coming from). I pressed Esc and went back to modeling but it did it again. It started to happen more frequently until finally I couldnt even go back to my friggin work because it kept having a seizure. Please help! Below is a pic of what it looks like during its seizure: 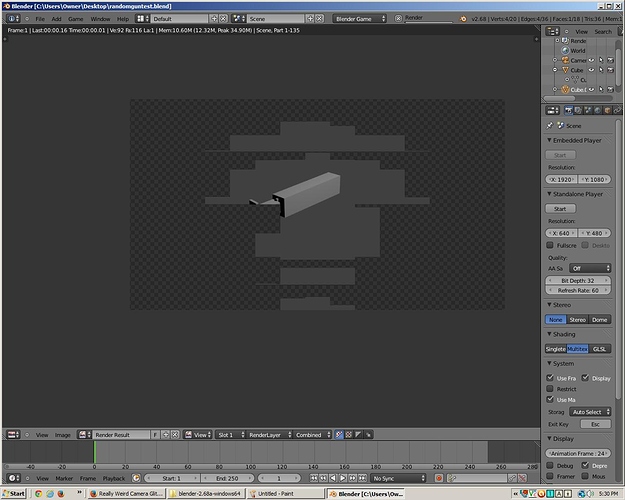 Had a similar, maybe the same issue, with a scene I was working on. If I moved an object the scene started to render which apears to be what’s happening in your screen shot. I just deleted and rebuild the scene as it was obviously a bug. Since updating to the latest version of Blender it hasn’t happened again.