I’m working on creating a low-poly city which will have a layout that isn’t grid-based, but instead a more organic shape. Because my city blocks aren’t squares, using particles to replicate buildings doesn’t generate the sort of results that will be very convincing. I don’t necessarily mind manually populating the city, but I imagine that even with very low poly assets, it’s going to take a while and be very high-poly by the end. I’ve had a look at arrays as well, but again I don’t think I can get the distribution and orientation right.

Can anyone recommend a good approach?

My initial thought is to try duplicating the houses along a curve following your ‘ideal’ house path, and with Z-Up as the orientation setting.

You want your houses along the outline, so you have to give the particle system a way of knowing what the “direction” of the outline is.

You´ll want an emitter that looks like this only with the polygons being very small: 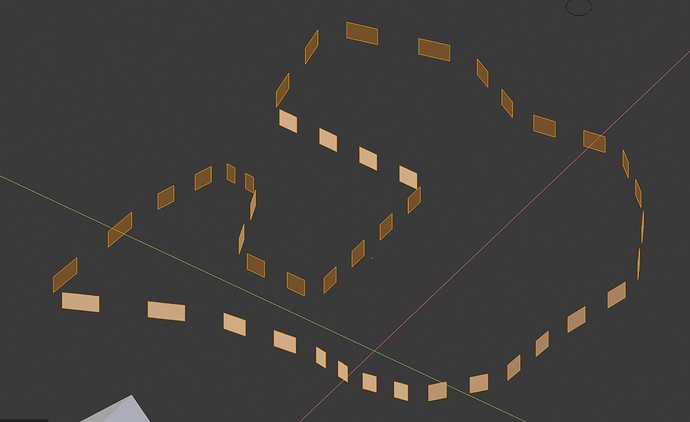 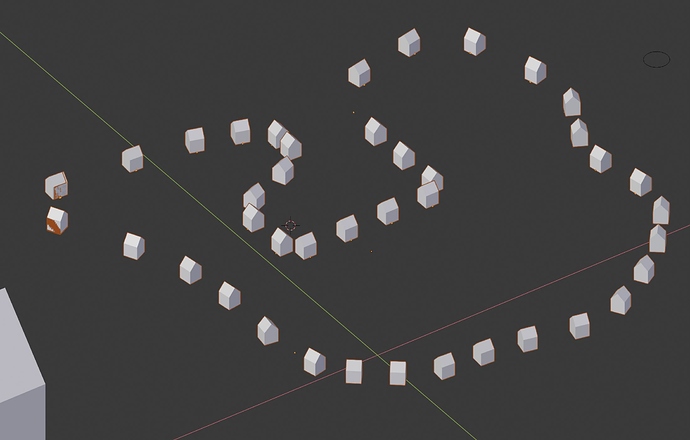 You can try emitting from vertices:

image.jpg881×409 77 KB
I used this technique to place windows in a recent personal project. It gave me a reasonable control on where to place those windows.

I allways have lots of trouble controlling the rotation when emitting from verts. How do you do it?

You set orientation axis to ‘Normal’ (without any randomness). I setup 3 windows in a collection and enabled ‘Object Rotation’. 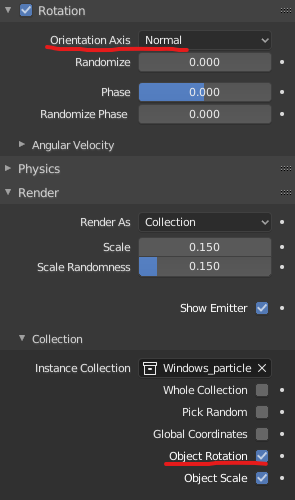 Windows stands as seen (no need to rotate 90 etc):

image.jpg752×327 64.8 KB
Their origins are at the back (Origin is the exact place that will touch vertices).

You set orientation axis to ‘Normal’ (without any randomness). I setup 3 windows in a collection and enabled ‘Object Rotation’.

Hmm… correct me if I´m wrong but that makes the particles look in the direction of the vertex normal.
Influencing vertex normals directly is not possible without Python, right?
So what is an easy way to control vertex direction in cases like alexthealex case?

I don’t know much about python possibilities. In OP’s case global/object Z orientation could be just enough. I’m not sure how to tackle problems related to slope though.

Wouldn´t all houses look in the same direction then? alexthealex wants his houses to be oriented towards - i guess - the street.
I think he really needs to emit from faces but I´d be very interested in a solution that uses vertices. It would make the whole process of creating the emitter less cumbersome.

Wouldn´t all houses look in the same direction then?

You’re right it would, so I gone back to the Normal direction posibilities and this looks like a good starting point maybe?

image.jpg1311×622 155 KB
I basically seperated the ‘street border’ and extruded it upwards (to fix directions of particles). There is also a vertex group for density distribution.

Ah, yes, that´s a good way. Saves you from edge splitting and scaling the faces.