i am working on a game, (upload images soon,) ive made realy good textures in photoshop,
my problem though is that, any modern game has bump maps, ive looked through so much stuf, but can not find how to, (not make the bump maps,) but asign them so that they can work in real time 3d, if anyone knows a pyhton scrypt or if its a simlpe solution i have overseen, it would help me out alot,

i mean, work in the game engine

Hello
do a search for GLSL or paralax shader
Bye

www.tutorialsforblender3d.com has two very useful tutorials. One for making bumpmaps, and one for applying them.

that tutorial leaves out a very important part… he says to just create a low, then a high poly model, he forgets to tell the user to UV map the low poly one, then make the high poly one so that they can share the same UV map.

other than that it is a great tutorial

this is great, thanks alot, will post game soon,

hi, I have read this tutorial and I made bumping, but then I cant use vertexpaint and color of lamp doesnt change the color of object, can it be done?

you can bake the vertex paint onto a texture, and use that

I have no idea what controls the light color.

I want to have real time lighting, as without bump, and vertex paint

Yes, but you have to use ‘use materials’ to apply it. That slows down the GE tremendously. Ok for scenes without alpha maps and only a few objects.

It would be nice if the shader script could access the materials from the uv map/image instead of the materials, and use that for the shader, somehow.

I dont understand py, nor the mathmatics enough to even think about it, smile.

bump maps as in the tut use real lighting to create the bumps in real time. Its not fake. You can color your lights with the sliders. Is that what you mean?

I think you can use vertex painting with the materials too…?

I’ve tried this using a Photoshop normal map plug-in and combined them the same way I would a lightmap or something (materials), but I can’t seem to get the normal map effect without getting the blue normal map color.

I’ve tried “add” and “overlay” ect, but I still get the nasty blue color. What am I doing wrong/what should I check?

stu, untick the color button for the normal map (Col) in the MAPTO tab in the material buttons.

Yeah, tried that. Thanks anyway…oh well.

Actually, I found a filter in Photoshop that allows me to “dynamically light” the image, and it almost gives me a bump map appearance. Here is my original texture, the normal map, and the “bump” map, all done in Photoshop:

So if you have Photoshop, go to filters -> render -> lighting effects and play with the settings there. It’s works supprisingly well (tested it on MGP textures with decent success). 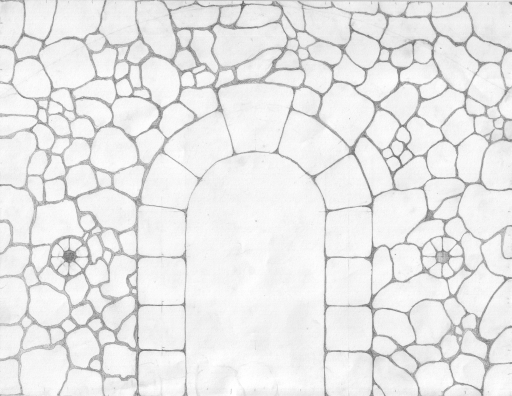 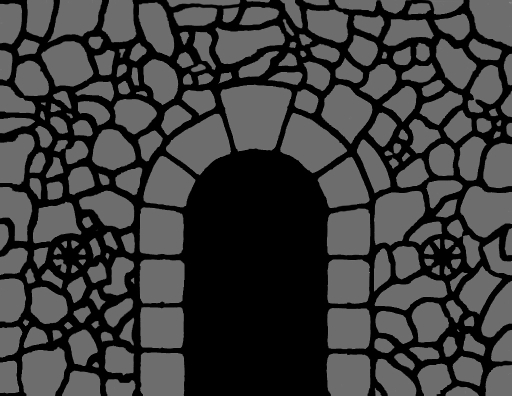 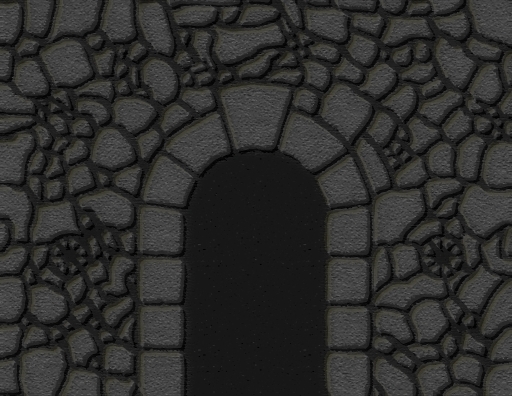 How do you get the normals by Photoshop??? I know only how to do Alpha Channels on photoshop, so, hehe…

it is called embossing… you guys should check out texturemaker… it has an advanced shader editor, so you can do things like the above mentioned.

You can start with a bump map, diffuse, specular map, reflection and floor… you get 2 light sources, and can tweak everything in real time

It even has a slider for shadow length

texturemaker is free for non comercial use, and has lots of other goodies too.

Red Hand: I got the normal map plug-in from Nvidia.

Mmph!: Well there’s infinite options for making textures (and I’m sure that one’s good) but if we can’t combine them into a usable texture in BGE there’s not much point there…

you obviously did not look at it.

Texturemaker poops out fully rendered , 100% seamless textures, unlike photo shop or the gimp.
There is a point… just look rather than scoff… taste it before you spit it out.
Making an opinion on something you have not even seen makes you look like an…
oh never mind… I have better things to do with my time.

Stu: did you read the tutorial? It works very well.

However you have to understand the first part of the tut. If the camera is head on, or say level with the top of a bump mapped cube, you will not see the bumps.

The view must be from a seeper angle. The light is bouncing off the bump map, not the object. The object still has a flat smoothe surface.

The bumps are created from the colors, which shows which way to reflect the light, based on the axis.

you can download the paralax shader from blender.org, its in the physics test files for 2.43, I think…

Red Hand: you can use the backed normals from blender too for your bump maps.

Mmph!: its easy to make seamless tiles in photoshop too. but on a plane and from a distance you can see the squares, but they are seamless.

In the software you are talking about do the squares look like that from a distance?

Hey Mmph!, can you post a link to the free Texturemaker thing? I look on their website and it says that a non commercial license costs 30 euro + vat.