Cloud’s iconic weapon from Final Fantasy VII, not the most original subject but FFVII has a special place in my heart. This is based on the remake version design, as I thought it strikes a great balance between the original, simple look and still adds some details to make it look more interesting.

This is something I worked on a while ago, got it up to the stage you will see here, and thought about refining it later on. Turns out, as per my habits I started new projects before doing the finishing pass so I decided to call it finished for the sake of moving on. The goal of this was to brush up my hard surface modeling skills, as well as to practice Substance Painter. Modeling all done in Blender, texturing and baking in Substance Painter, rendered in Cycles with a PBR nodegroup for the material setup.

Mind you, these are raw renders straight out from Cycles with no post-processing whatsoever. Sure, I should have pushed it a lot further in terms of textures and postpro, but as I said, for once I decided to call something done and get started on the next thing. 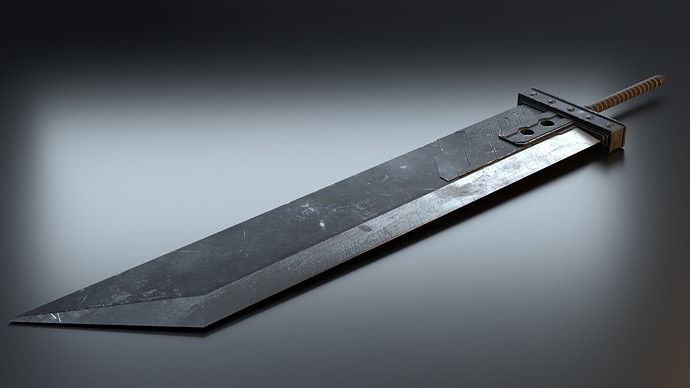 Overall shot, especially the blade metal material is pretty crap and could use some extra love. 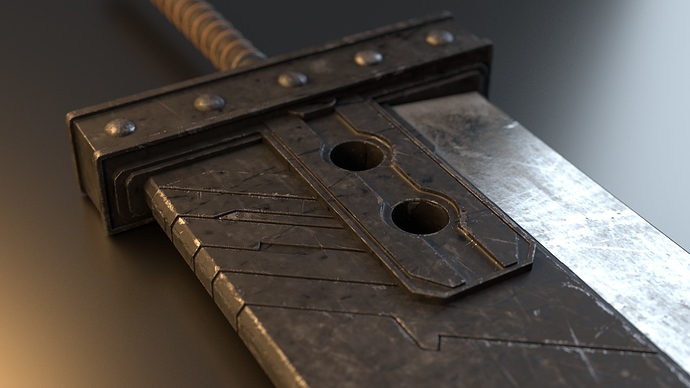 Detail shot with slightly changed lighting. I tried to go for a battle-worn look, might have gone a bit overboard with some of the scratches. Smarter texture planning could have lead to better detail levels. 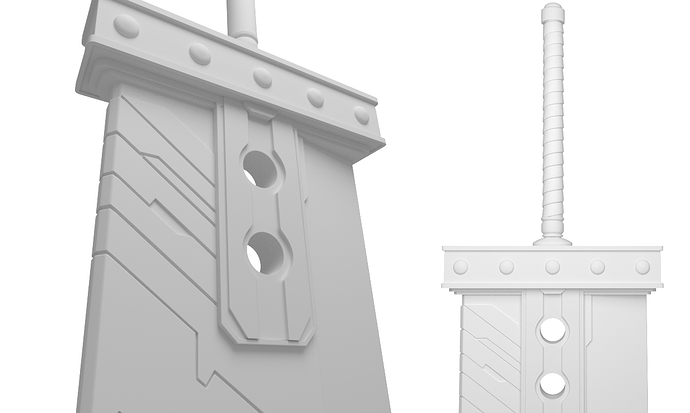 Some clay renders from the modeling phase. The complete model weighs in at 70.3k polys after subdivision.

Nowadays I try to get in the habit of doing a post-mortem of sorts for my projects, to figure out what I learned. Notes taken / lessons learned from this one:

So, I’ll put this one to rest (at least for now, perhaps I’ll get back to fixing the materials and do some “proper” renders). Let me know what you guys think! Any feedback or constructive criticism is welcome.

I envy your abilities. this looks great.

Really nice. Great renders and I love the detail you’ve gone to

It is awesome, both modelling and texturing…:eyebrowlift:

a true man that is full of talent and surprising

Is there a way to contact you? Seems you haven’t post since end of 2016 and I couldn’t find any match for Irratium in any other social media.

Thanks for any answer.
Your work is incredibly accurate to the version seen in the trailer, great job!
Cheers

It looks amazing! I’m about to print and make my own. How did you go about for making the battle scratches? Any tips? Yours looks really good.

@Pierre-Alexandre_Ger Hey, I am still around although I haven’t posted anything here in a while. You can send me a DM here if contacting is still relevant. Terribly sorry I missed your message, didn’t see the notification for some reason!

@Arcanum thanks, although looking at this after a few years I feel like I could do a much better job now. I used Substance Painter for texturing; for the scratches I probably used some smart materials as a base that auto-generates scratches and worked from there. Generally I like to use base materials and start layering them as I go, hand-painting details in where needed. The whole mask-based workflow in Painter is extremely powerful for detailing.