Still tossing around Ideas in my noggin about what the contents of my image will be. I have a few. I’ll post more as things develop. :eek:

I’ve set my mind on an idea. I don’t really want to describe it in words. I’d rather just post pictures as the design comes together. You can get some vague idea what it’s about by the title. Now to start drawing some sketches. but before that, I need to downgrade or fix my operating system because it’s not so friendly with blender N stuff.

Got my computer all squared away so I can now begin the process. Right now I’m making some visual aids to help get my idea out. I shall post them in a bit.

here’s some sort of something that it will look like. Not keeping the graphic style and most likely will be completely different. I just wanted to start showing some work. 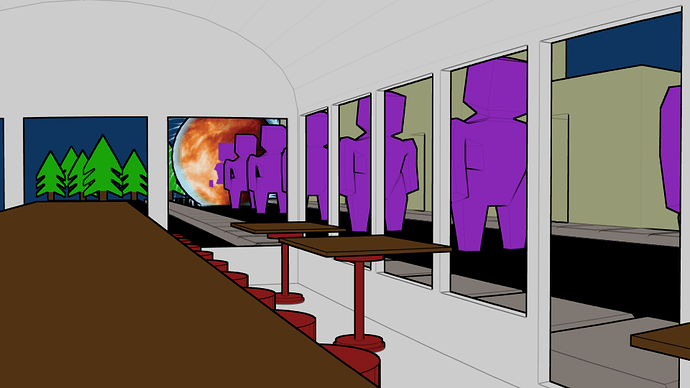 I started to work out how I want things set up. It’s just a rough 3d sketch things will be refined and changed.

Drew a new sketch on a note card. I’ll have to hook up my scanner and show it. I’m quite fond of it.

So here’s my sketch.

The basic idea is that a group of explorers from another world or dimension found a way to cross worlds. Thus the big hole they are walking out of. This will be set in like a 1950’s ish time. Small town’s main street. There’s a DINER to the left and a barber shop on the right, maybe a hardware store across the street. I’ll need a fair amount of people for the scene, I might enlist MakeHuman to help out with the base meshes. This should end up with a fair amount of detail, I’ll probably need to make a new computer. My 6 year old budget laptop just aint cuttin it when it comes to rendering big giant images. really nice… i like the last picture you uploaded.

Started to work on a refined Painting on my previous sketch. It’s coming along. 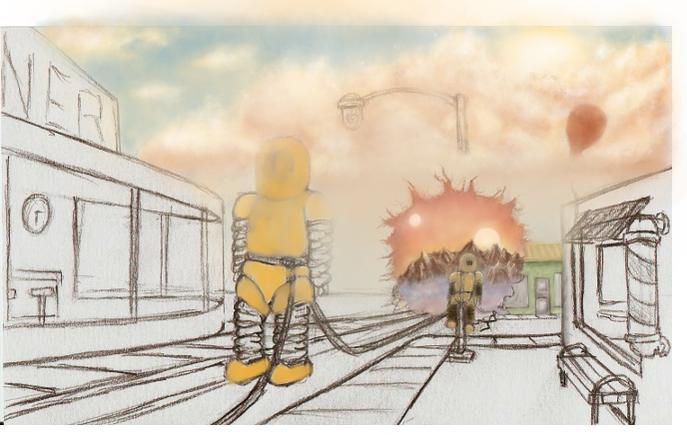 really need to get crackin on this. I’m the most horrible procrastinator.

Finally talked myself into working on this. Here’s what I have so far. Quick nap then back to blending. 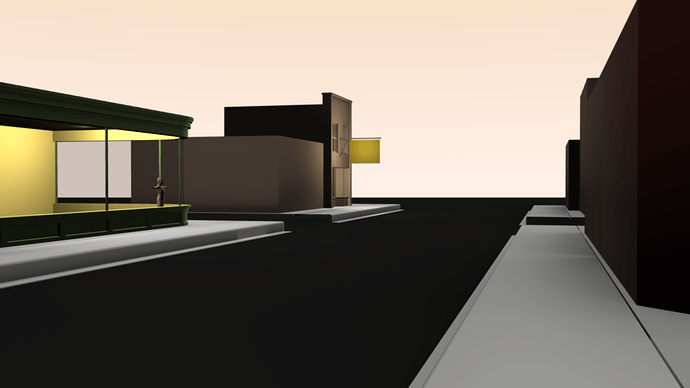