This is my entry for this years Blender World Cup. I still may tweak a few things before I submit it, but For the most part I’d say this is finished. 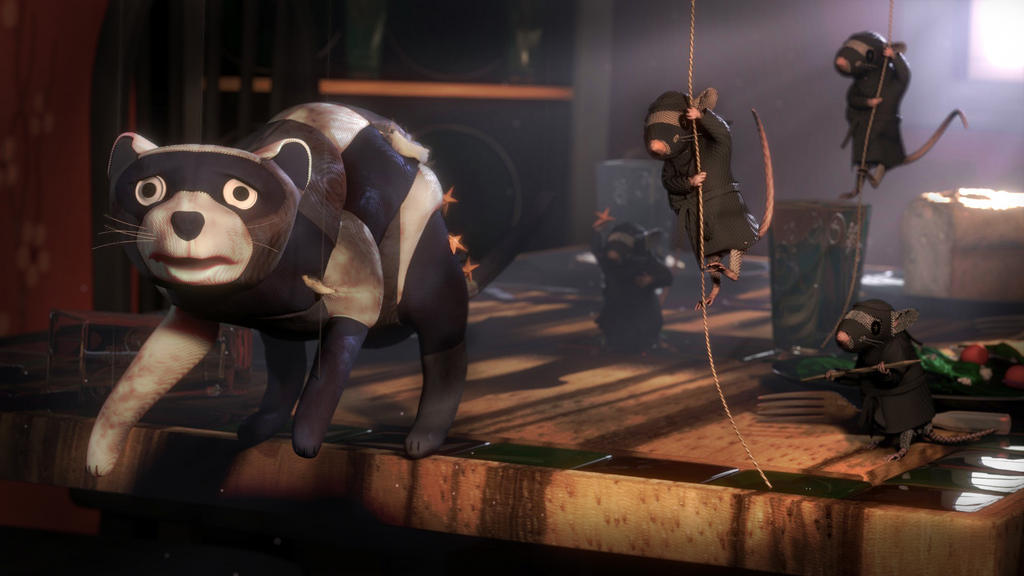 congratulations on finishing and good luck in the bwc!

I like the setup. How long did it take you to put this scene together?

Jeepster: Thanks a bunch, are you gonna have an entry? I saw your concept art at the beginning of the contest and it looked like it was gonna be really sweet.

DDD: I assure you the cat deserved it, you just haven’t seen the rest of the movie

Marbury: I’ve been working on it off and on since the contest was announced in
early June.

very nice
good as a wallpaper
i want to see the wires!

Here are some wireframes and viewport renders. Some of the wires are a little screwy because of posing, but you’ll get the idea. The cat in particular was a bit of a modeling challenge as the seams made face flow a little tricky, however in the end I think it worked out ok. Anyway, here’s what I’ve got. 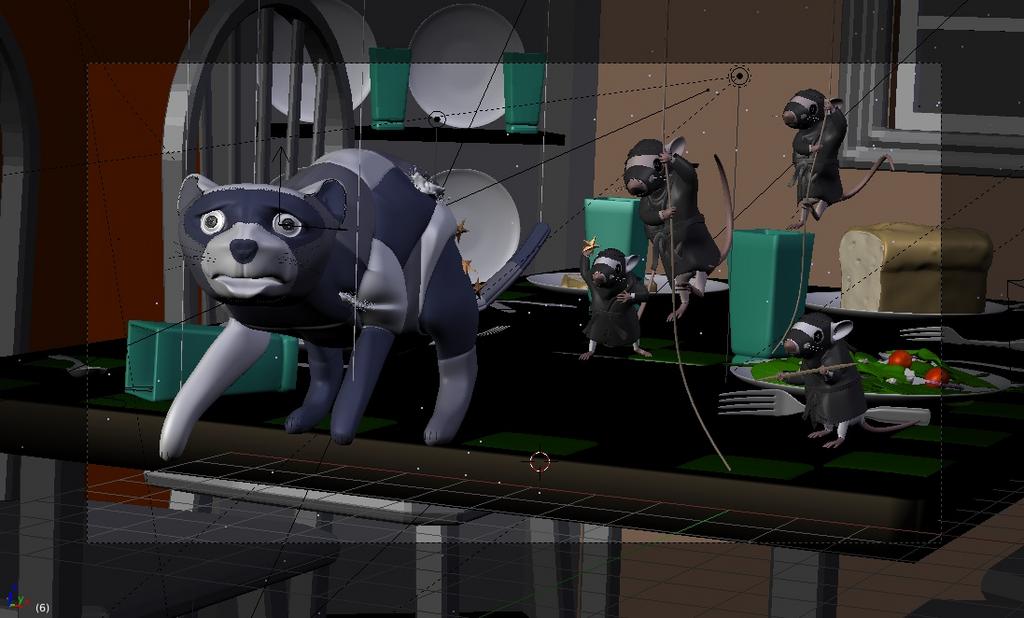 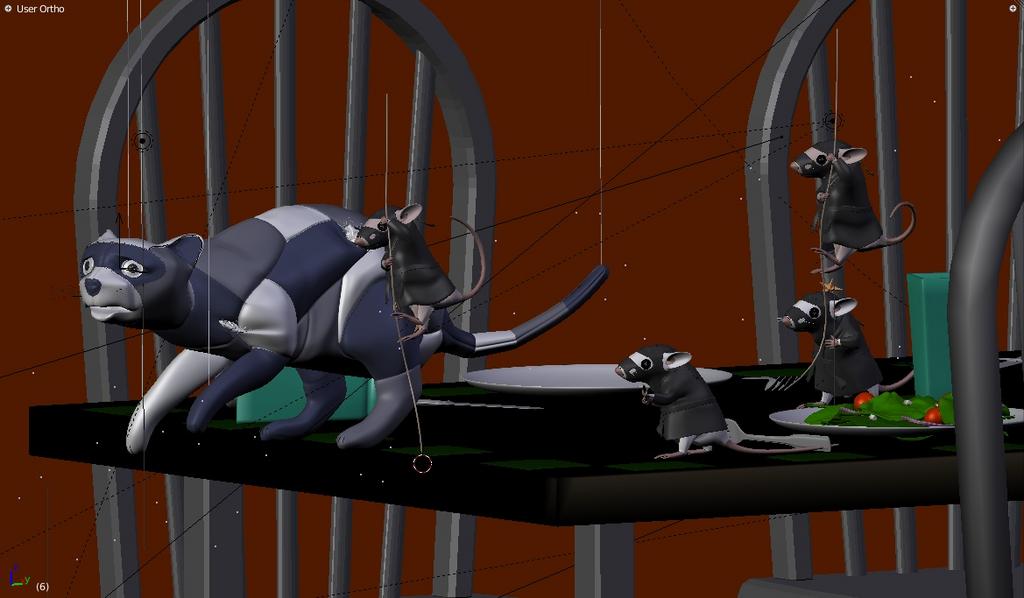 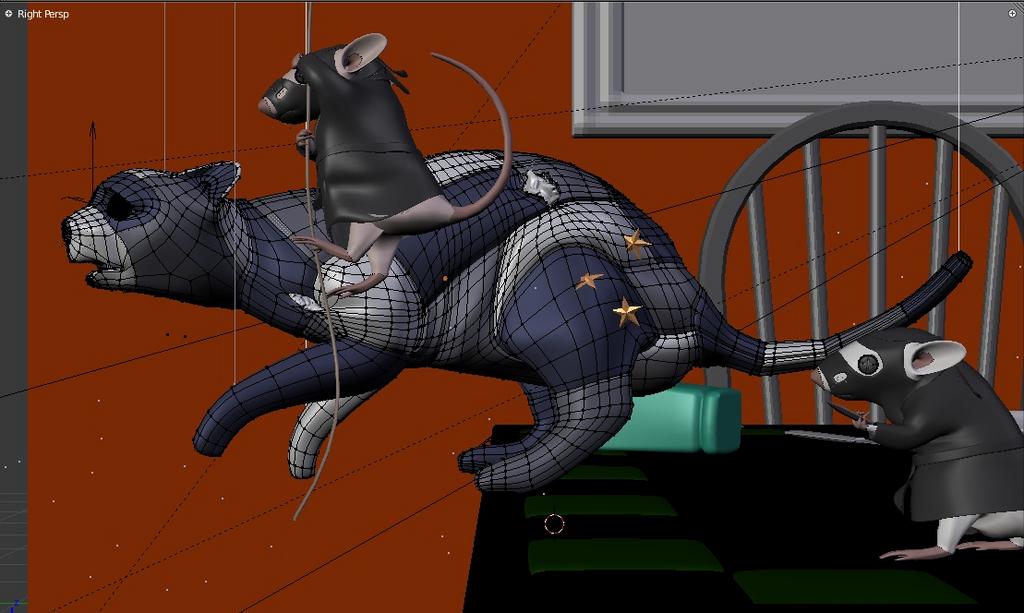 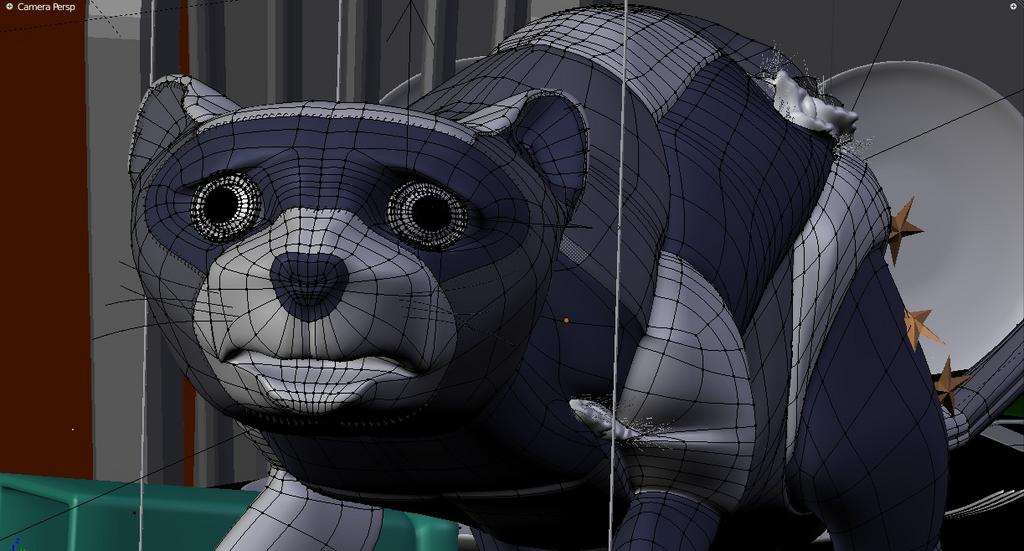 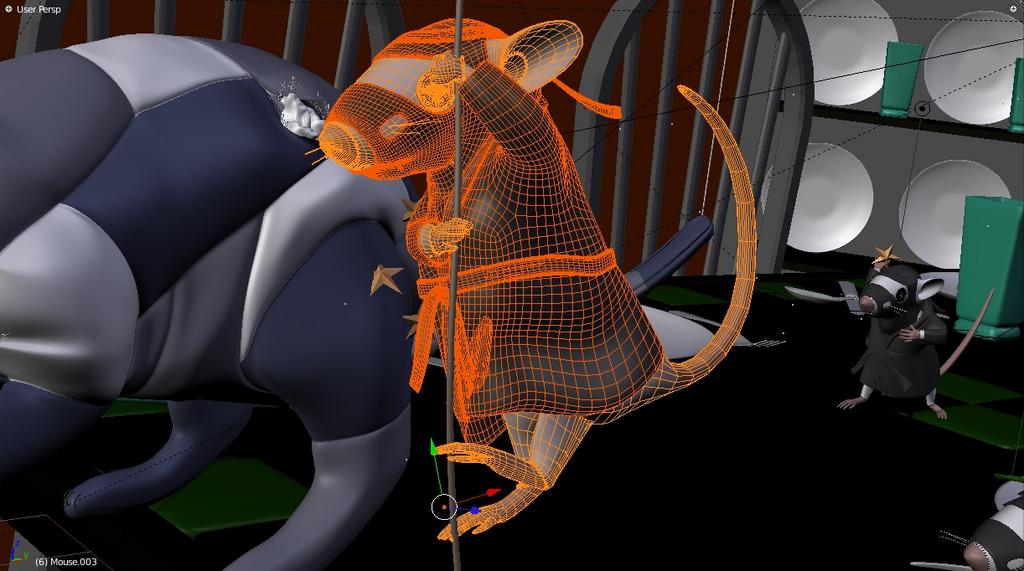 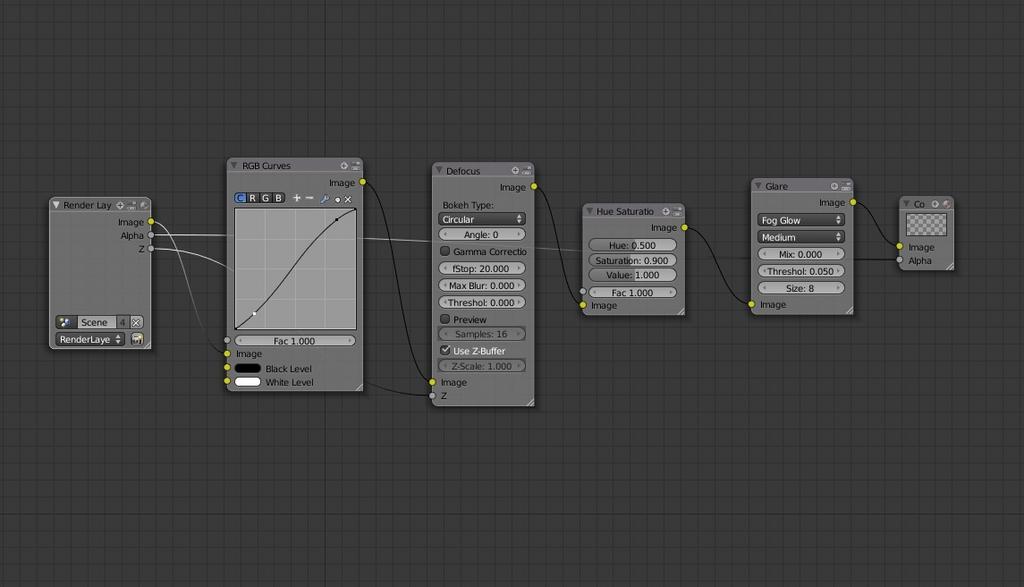 Great work, I like the lights, models and the whole idea. 5* from me!

Very nice! I like the work you’ve put into creating a realistic environment.

Made some last minute tweaks on some posing, and rendered what should be the final high res image for the competition. With any luck I should be submitting it tomorrow. 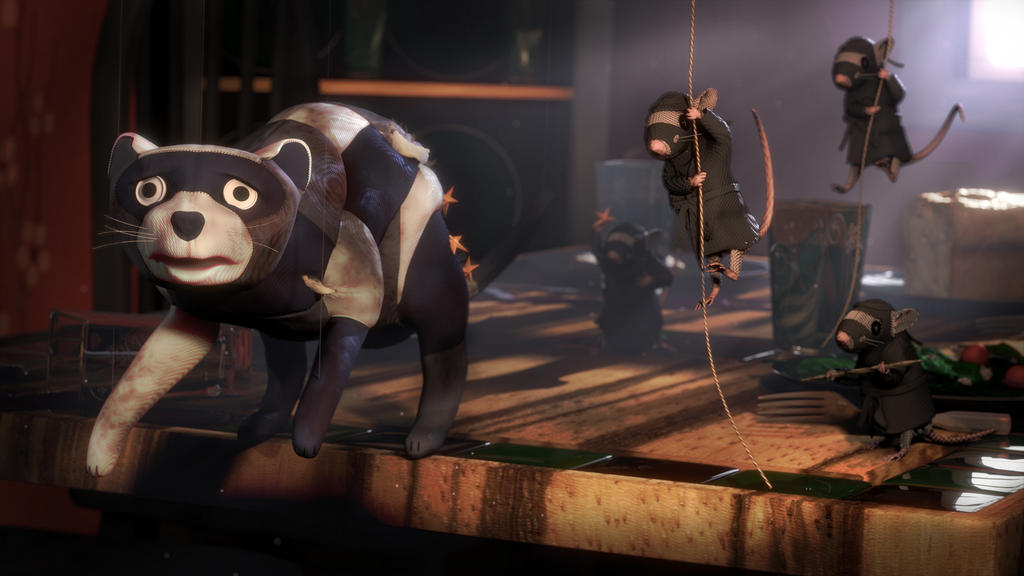 Love it! Great story and great presentation! (Also the tweaking of the rat pose was a smart thing to do, that was one of the first things I noticed in the first one.) Good Luck!

Few more final post production tweaks, and fixed some errors that the high res image made apparent. There had been some color distortion artifacts around the window that I was finally able to get rid of. Also I stopped being lazy and finished adding in the threading on all the seams on the cat. 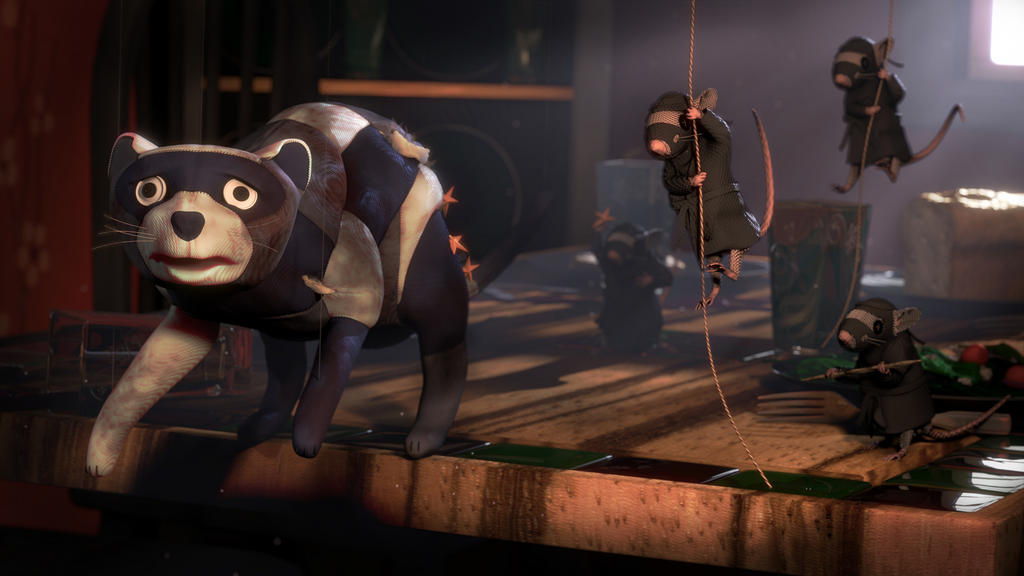 Very nicely lit and the story is awesome!
Best of luck in the competition.

At first glance I didn’t, but after looking at the materials and content. Wow, great.

awesome! how much time took render?

Wow Talkblend, that is an… interesting interpretation of the image lol, thanks for your comment (o: