I am very happy to present a project that I have been working on since April. It started out named Robot Killer but has evolved into something more friendly. I’m currently thinking about the second character, and what scene to create for them.

In total there are 13,913 vertecies, and 77 bones. For the rigging I used the Mesh Deform modifier, some Copy Rotation constraints, Trackto for the eyes, Inverse Kinematics for the legs, and custom draw types for the bones to make selection easier. What’s missing is a circular base to control the whole thing, but that’s not hard. There are actually three bones in the back, but I only need to control two, and for the longer bone chains the copy constraints proved useful.

There are eight textures. For the skin I worked at a resolution of 4096x4096 and used both Blender and Photoshop for texturing. The skin is made up of three textures - one for color, bump, and spec. The remaining textures are for the straps and things. They are smaller. The loin armor textures are at 1024, and the eye texture is just 256. For the really thin straps around the legs and arms, just used vertex colors. At no point during the texturing did I use a tablet, though I do have one I seem to texture better without it. 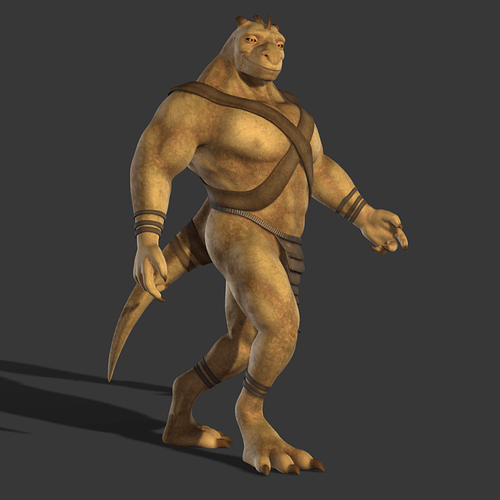 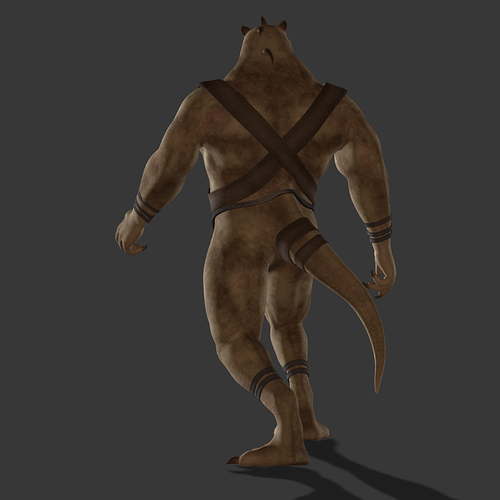 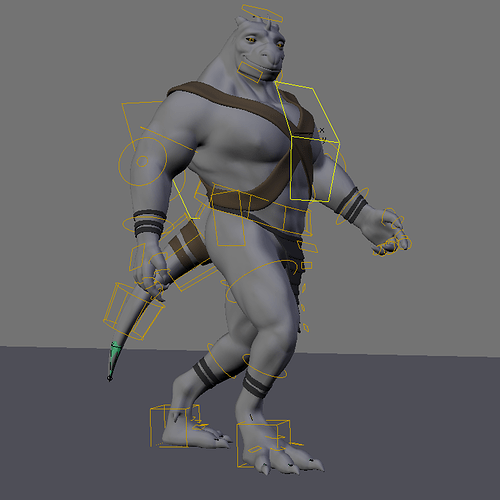 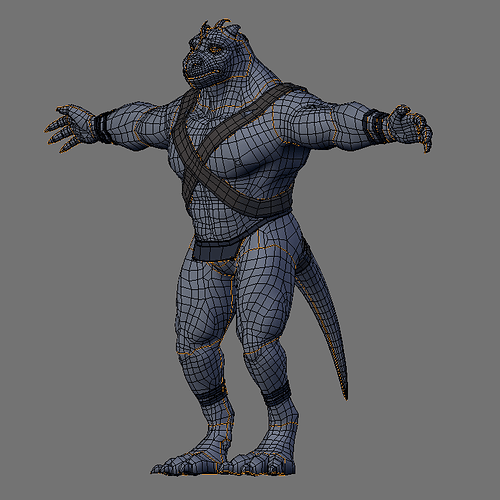 That looks pretty amazing!
For some reason I kind of imagine him on a huge rolling plain with random boulders here and there :S

Any chance of a tut out of this?
I’ve been trying to find a decent character modelling tutorial for blender and have been really struggling to find anything

A tut would be awesome! I am trying to get my modeling skills up to par and this would really help. Glad to see all the progress on this Howi. Good luck with the rest of the scene and characters!

Great modeling and rigging, congrats! A better render with some scenery and a good light setup should look really cool.

Thanks guys! I don’t think I’ll be making a tutorial out of this one, but since you asked, I’ll plan on it for a similar future project. I took a short break to figure out what to do from here. My original idea was to have Cable fighting a bunch of futuristic robots… but that idea doesn’t match his desert dweller design at all.

So instead, Cable will be depicted riding a tauntaun like creature across a rolling desert or a grassy landscape. (thanks lordcooper

Here is my progress so far on character #2 “Steed”. I’ve decided to add a robot anyway, as character #3. 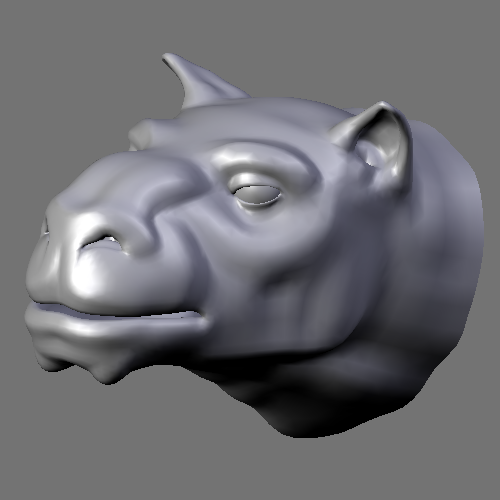 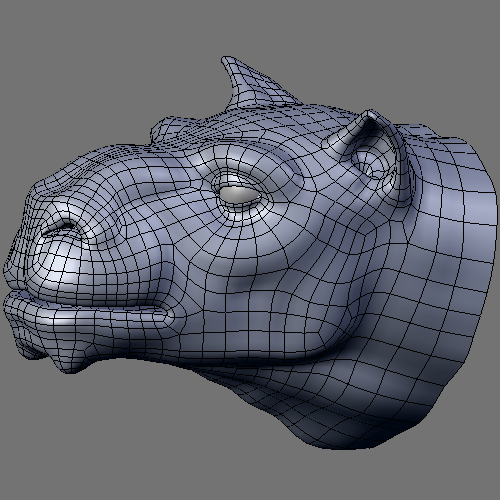 Wow, that’s amazing! I assume you modeled this poly2poly. I need some advanced character UV unwrapping and texturing tutorial, because it looks like you did an excellent job at unwrapping and an even better job at texture painting. Could we see the color, bump spec maps?

Looks great Howi, if I can call you that! Love that you are putting a robot in this but now Cable looks too nice to destroy him. With the big smile on his face it just doesn’t fit :D. I am sure you are thinking of something. Can’t wait to see this completed!

Here is a sketch of Steed. I realized I couldn’t continue modeling it without a concept. It’s so distant from the usual human shape that I didn’t want to do anything without drawing it first. And yeah, even Cable had a concept (a very rushed and ugly sketch I will never show =P). 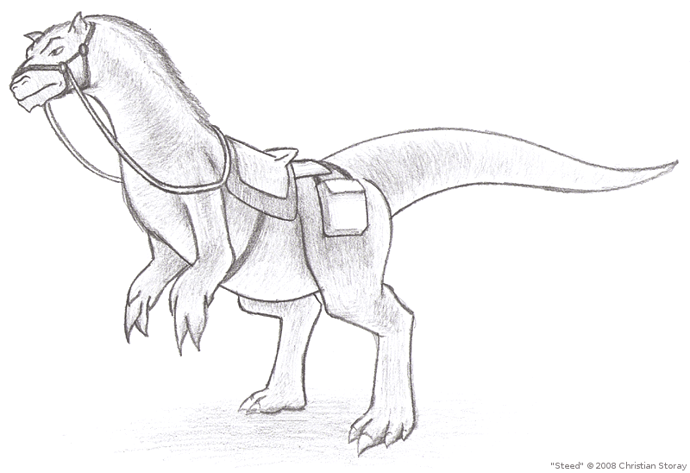 Thanks everyone. I’d show the Cable concept if it were any good heh. I rushed on that one and it looks a bit different from the result.

Anyway, after procrastinating for a while here is where I am with the project. 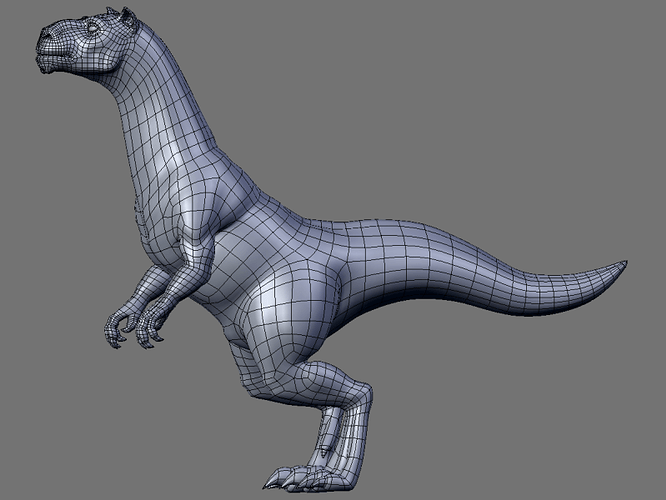 I love the character.

Heh, I’m glad you noticed -[Killer]-! That was the main source of inspiration, especially for the face.

Anyhoo, here is an update. I changed the facial straps a bit from the concept, and connected them to the ears. It looks a little painful and you almost feel sorry for the guy - but I guess that’s what happens when a technologically superior race decides you’d make a good mode of transportation. 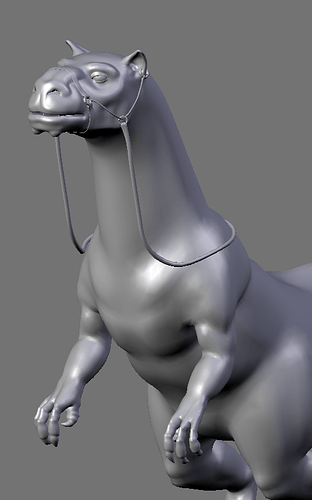 Oh man, u’re so pro - the characters are quite cute in a ‘monstrous’ sort of way lol, beautiful modeling - did u just use Belnder for modeling , any plugins or anything? excellent work

your modeling is awesome;). just one suggestion concerning the shading of your first piece. i think the bump map could be a bit stronger. or you could add a bit of the bump map to your color map as another layer in ps. 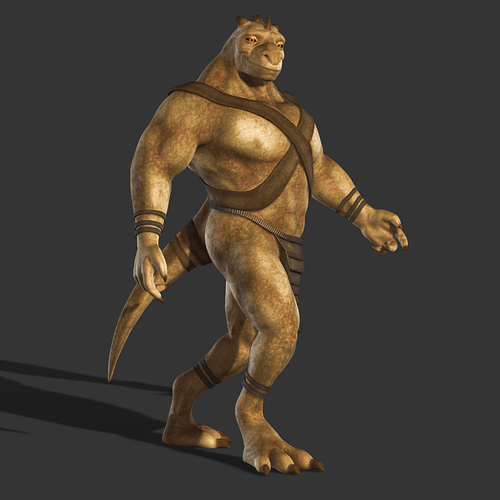 haha, wow, I love it. can we see cable in motion? just to see how well the rig really is

One suggestion regarding your first model. You may want to separate the straps from the body mesh. In case he every takes it off or you want it to “sway” in the wind.

I knew it looked just like the tauntaun! I attempted a tauntaun a while ago [and failed] but your’s is amazing!

Can’t wait to see an animation!