Wow your models look awesome! How long have you been doing 3d modeling?

Thanks ElectricBlender, I’m not sure exactly when I started. I probably started around 2003 or 04 with Anim8or. It has taken me a long time to get where I am.

haha, wow, I love it. can we see cable in motion? just to see how well the rig really is

I’d love to, but animating is not something I’m good at. At least not yet. I can give it a try but it probably won’t look very good. I wanted to hold back before mentioning it, but if a kind couple of animators are interested in helping me animate these characters for a film, I’d be happy to share the work with them. Not just yet though.

-;1135402’]One suggestion regarding your first model. You may want to separate the straps from the body mesh. In case he every takes it off or you want it to “sway” in the wind.

I knew it looked just like the tauntaun! I attempted a tauntaun a while ago [and failed] but your’s is amazing!

Can’t wait to see an animation!

I thought about that, but felt it would be better to pursue that on a case by case basis. In the event I decide to animate him taking his straps off, I would do it with a setup designed for that particular action.

Anyway, here is what I did. It’s not much at all, just a little more work. I’ll probably have a lot done later today though. 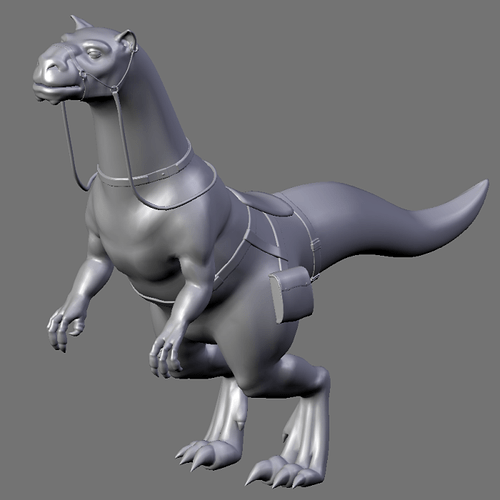 Wow it’s been a while hasn’t it? Anyhoo, I’ve organized my project a bit since the last post. I didn’t want to make the same mistakes I did before, so here are some new rules I’m abiding by.

Granted, I broke rule 4 but it was necessary after organizing the project. Steed is no longer in it, there are some new characters, and Cable has been rebuilt and simplified for easier animation. Additionally, I want to have all the characters of the same quality, and that was going to be a lot harder with the old Cable. I also had to ditch the tribal look.

I’m working by scene, focusing only on the current scene until it’s done, then going on to the next as though it were a completely separate project (that shares assets). At the very least I should have a few scenes done before tiring myself out - but hopefully the work I already completed will drive me ever forward until I finish. 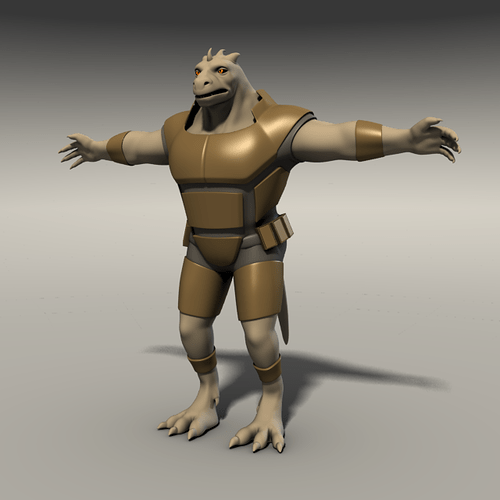 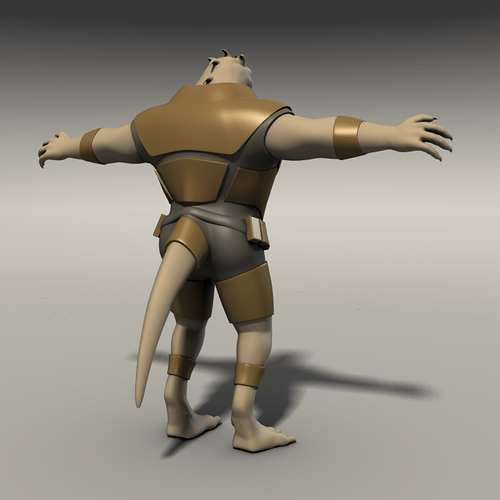 what’s all that wireframe stuff in the third pic of the first post? ( looking great btw )

Looking good although I think he is a little too brownish at the moment… unless ofcourse he needs to be coumaflaged.

May I ask what infrastructure you use to organize this? Are you using SVN for versioning?

Wow, stunning work! I’d love to see some step by step pictures of the creation process

So much to learn from you!

it looks just great !! you started in 2004 ? thats about the time I started but I didn’t really get serious about this stuff until recently…anyways as I said before the artwork is great !

Love it still. I’m watching, I know, hold your applause