I’d like to update blender.org for 2.60 and offer a cool download with .blend examples for (new) users. You can help spreading Blender by providing samples! 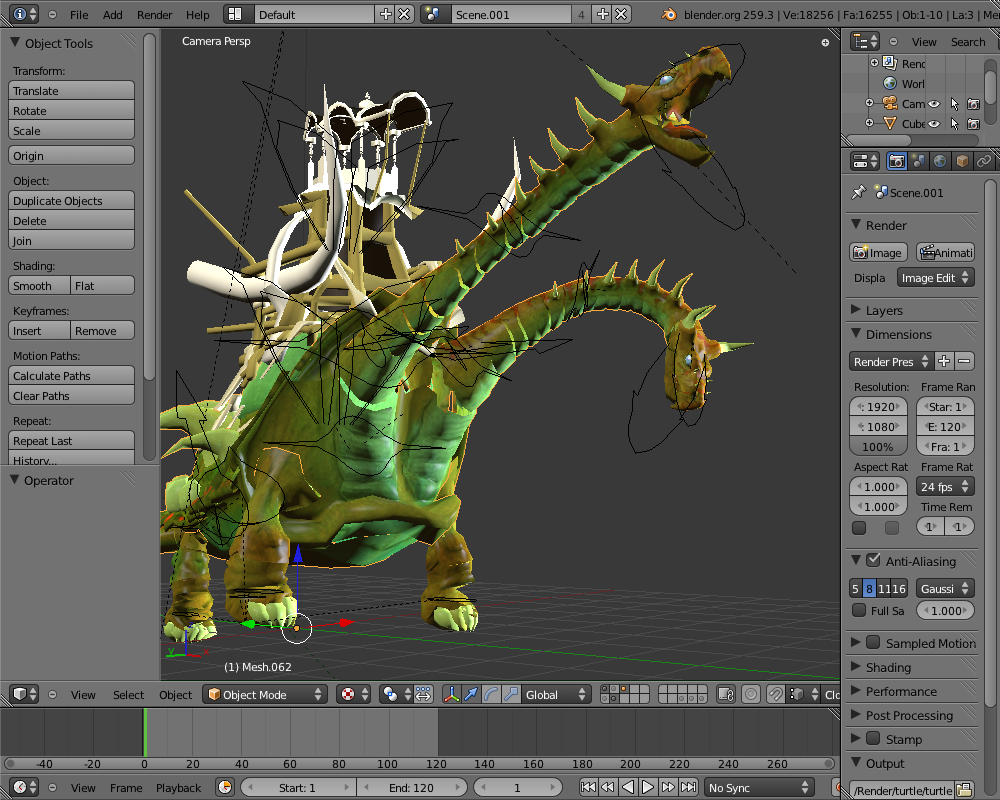 Sounds like a great idea! We could all learn from a nice collection of .blend files. I’ll work on getting some samples ready.

I would put in a vote to use this scene as a sample blend: http://www.blendswap.com/3D-models/scenes/cathedral/ (not mine)

I think with small modifications (remove animated cam) it serves as a great example of an interior architecture beauty render.

I wrote you an email about this years ago, that I thought it might be a good idea to always offer the blend file of the splash screen as a downloadable file for everyone to play with.
That way everybody who opens the program the first time, sees this splash screen and thinks ‘I wonder how this was made’ could actually find out, how it was made.

Back then you said you found it a sympathetic idea, but you had already announced the splash screen contest (I know the one NOW is announced as well) and you didn’t want to change the rules afterwards.

Still, now that you guys want to offer some files, maybe it would be a good idea for the next contest or maybe even ask the winner of this time’s splash screen contest, if he wants to offer his file.

What do you (and other people) think?

MD - it’s a great idea. This will enable a broader range of ideas towards this very important issue.

I’d like to have the .blend for the Jellyfish scene that is the splashscreen on the current 2.59. That’s been my fave splash so far. I think it’s gorgeous! I’d really love to have some of those jellyfish in my (virtual) aquarium!

Awesome! Here’s one of my screenshots you can use:
https://lh3.googleusercontent.com/GEo2nNqgh9DQglsXZ4tFCM-zt5jiIfY7y5GcEVBH6FO-gnD6Vs2_V2hPwyja3tAB2wFTdfS9_YuKixQa30uNC_DjnRCb0wM6sW1S8NdOFv_pYeHN9F4

Ton, any chance you could give us some sneak details/preview of the redesign?

The Pinky Demon is available under gplv2 here: http://sourceforge.net/projects/dmp/files/source/dmp-pinkydemon-sculpt-src-20110519.7z

Made this a while ago (in an earlier 2.5x series) but it still works perfectly in 2.59.
http://www.pasteall.org/blend/9060
Hope it gets used!
-JaydenB

http://manuell3d.files.wordpress.com/2011/10/blenderunderwatercomposite.png
Attribution CC-by Blender, blender.org, manuell3d.wordpress.com
Made in 2.59
its only 1280x1024, but my monitor isnt HD nor 16:9

Nice… Here’s my screenshot, take it and use it, if you like.

Ton and Devs, thanks for Blender!!!

From an Ubuntu fracplanet data (2.49)… converted to *.py for Blender 2.59 ScreenshotFracPlanet.png uploaded to incomming at
ftp.blender.org

What about using stuffs that already exist in blendswap for this call ? There is already very good models/animations, … to use in there.
And with the stars system of blendswap this is easier to sort the best ones to show ?

(or may be a contest in blendswap for that :D)

Thanks for the great work,

Blendswap is a great idea…
And making it an official part of blender.org is even a better idea imho.

Here is a small contribution using one of my models :

You can reuse those files without any restriction … it will be a pleasure.

here’s one for sculpting

My screenshot for sculpting.

Also, here’s the blend file for it.

Error 403 for the image link to dropbox.