I started modeling a 4th-generation Chevy Camaro. It’ll end up as a convertible 1997 30th Anniversary SS, but for now I’m just trying to get the body shape correct for shrinkwrapping the panels later. It’s trickier than I thought, and it’s hard to find quality technical drawings so I’m mostly using photographs. For whatever reason, there seem to be a lot more technical drawings for every other generation of Camaro except 4th: 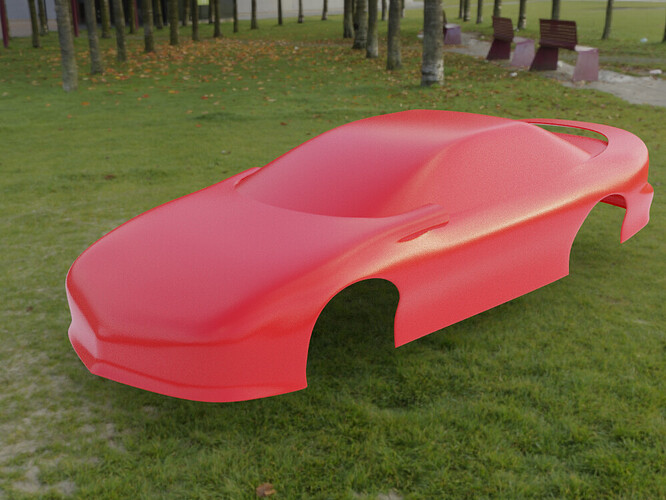 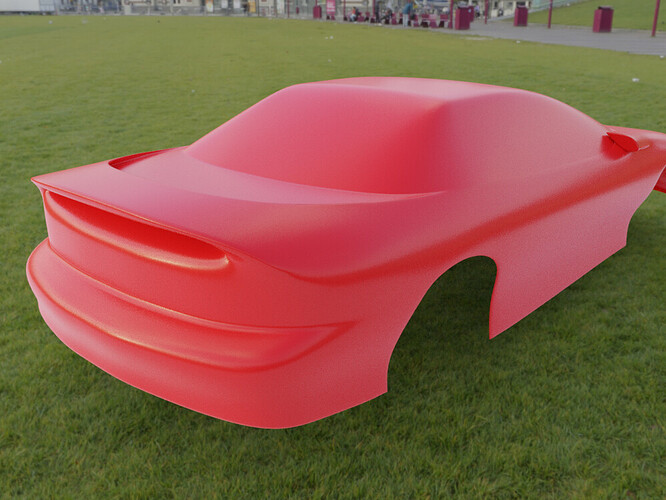 I also modeled the rim/tire: 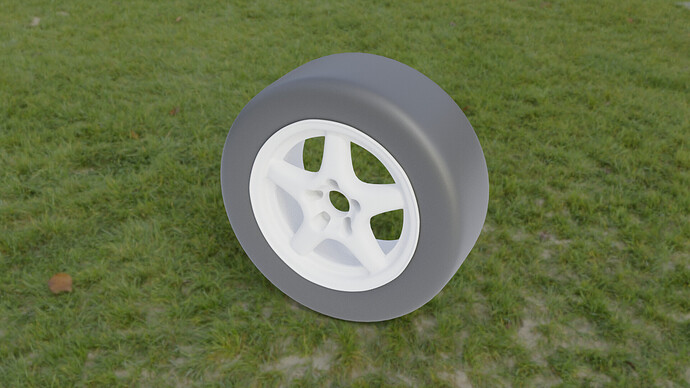 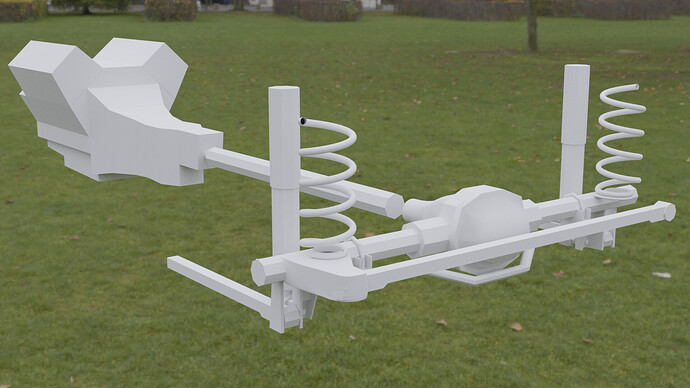 More work on the rear end; modeled the differential, driveshaft, and torque arm. 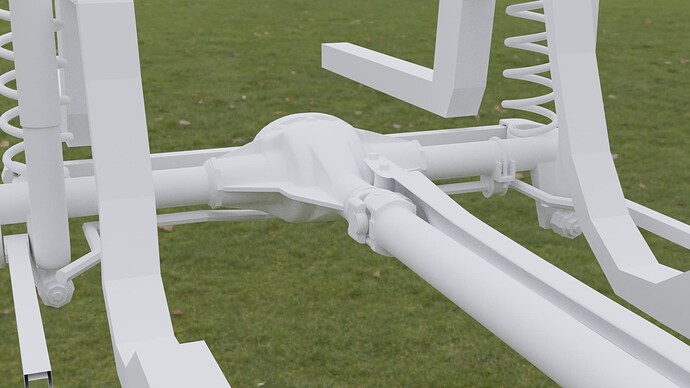 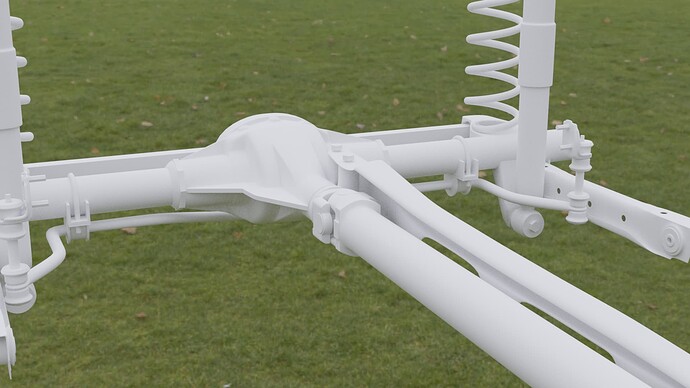 It’s moving slowly, but I got tired of the rear suspension and started working on the engine a bit. 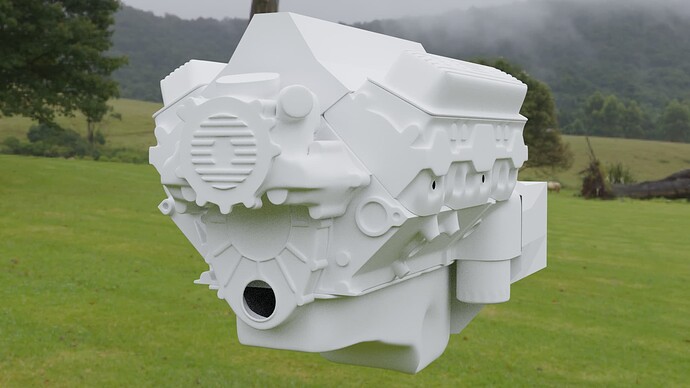 Worked on alternator, optispark distributor, tensioner pulley, and crankshaft pulley. did a quick material test because I was tired of plain white. Still tons to do! 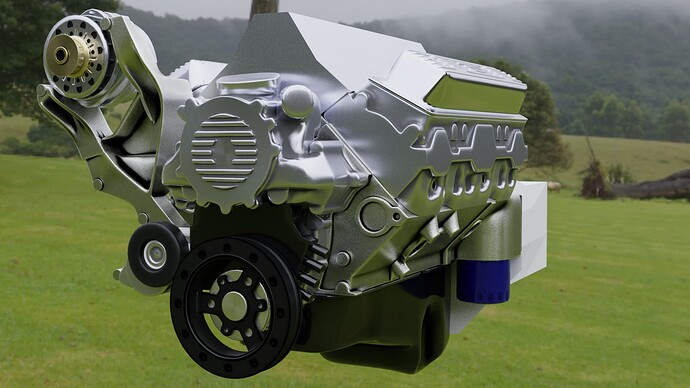 I haven’t worked on this lately, but I did add the power steering pulley and AC compressor, as well as working on the exhaust manifolds a bit and starting to model the intake manifold. Back to plain materials for now (with some edge effects so it’s not completely white). 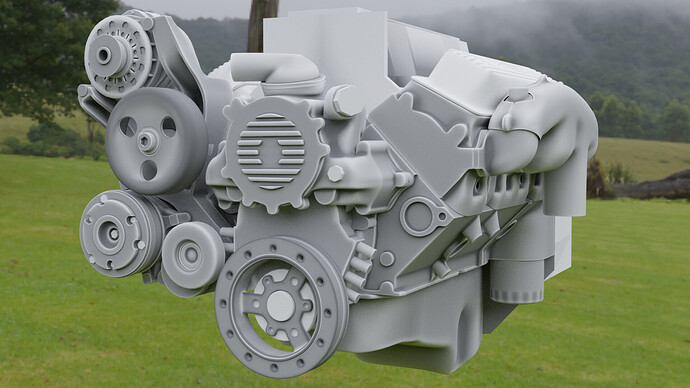 Needed a break from the engine; started to work on interior a little. 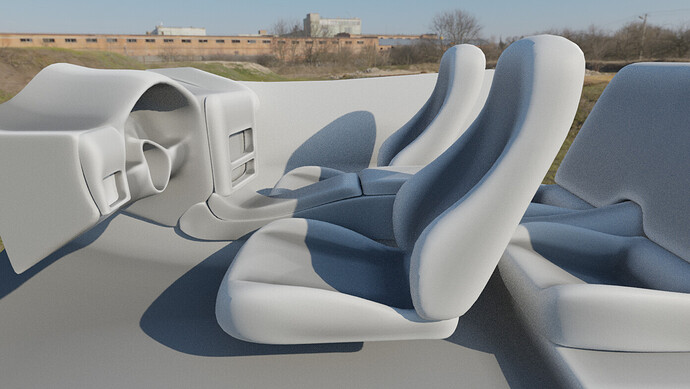