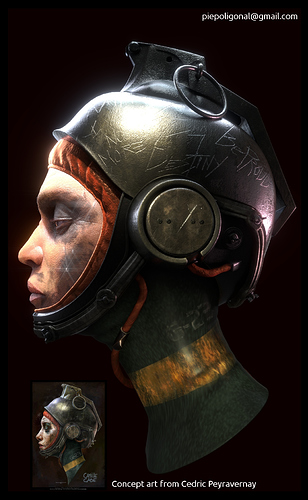 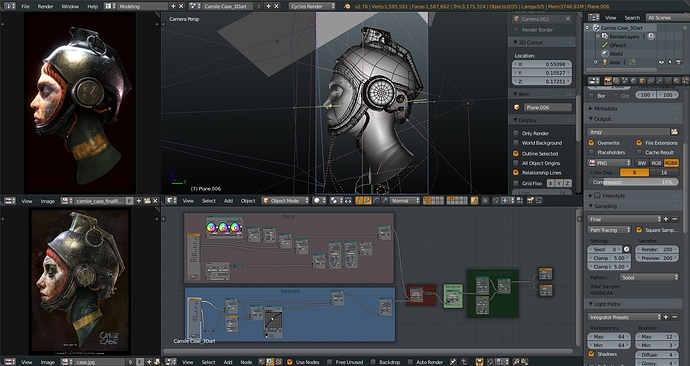 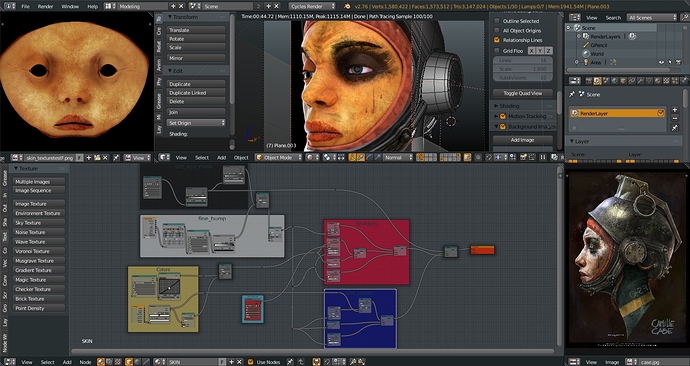 Come on guys, this thread is rated with two stars? What’s going on here?

piepoligonal, this is fantastic work!

thanks a lot, a have a lot of fun whit this

Come on guys, this thread is rated with two stars? What’s going on here?

I agree, with you minoribus, I also don’t understand why some works that have decent quality are underrate, and more when they have a positive feedback.

on this case:
maybe the neck texture looks with low ress? or maybe the glossyness are pretty strong? or maybe vote negativelly without reason?

but generally for me, this work is good, the reason? Because is near to the concept art, I think this work is much better that another piece that for strange reason or magically have 5 starts on the first moment when they are upload here, whitout feedback or anything.

Pretty cool stuff. It’s very close to the concept art. My beef is mainly with the texture stretching on the neck and maybe like Jose said - the resolution. Could definitely go bigger. I also don’t really care for the glare on the tears - I think if you have the lighting just right, a glare effect maybe isn’t necessary. Also with the neck - not sure what kind of material it’s supposed to be, some kind of rubber suit?