Can anyone show me a tutorial on how to make a conical roof with a window on top?

Can anyone show e a tutorial or give me some advice on how to make a conical roof like the one in the picture below? 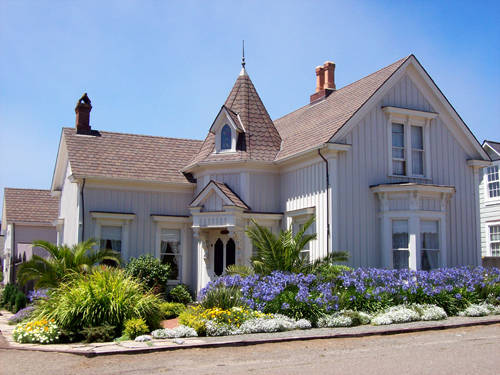 I found it in a Google image search.

I’ve already attempted to make a conical roof on my own and I wasn’t satisfied with the result. I was trying to model the window into the conical roof’s mesh instead of just making in separate but, I always end up with these triangle faces on the mesh that I don’t like. I have this habit of trying to avoid making triangle faces when modeling as they make prohibit loop cuts. So does anyone have any advice or any tutorial on how to make a conical roof that could help me out? I’d have shown you’ll some renditions of my attempts but, I left them at home and there’s currently no internet there.

Use Cone Primitive to create this type of roof. Add some edge loops, adjust them , delete the middle faces, extrude a box type shape and create your window.
Check out the attached blend for rough idea. work on it.
http://www.pasteall.org/blend/18860