Can’t get object with array to follow a curve all the way, only follows it about 1/4

Hi, I’m trying to create a chain between two sprockets but I cannot for the life of me get the chain link to fully follow the curve. I have carefully watched the follow tutorials as they show exactly what’s involved in creating this:
http://www.youtube.com/watch?v=yQE4IIpZWFQ&list=PLOv4AzXrzdeVRSZfi6CZYwDEygjxRBmWj&index=3

However, the objects don’t duplicate enough to fill around the entire curve path, only about a quarter of the way. I’ve played with both constant and relative offsets and deformation axis but nothing makes any difference.

I think I just figured this out. After adding my array, curve modifier and specifying the correct deformation axis I just had to scale the object up until it reach around the entire curve, next I went into edit mode, selected everything and scaled the single object down to its correct size.

After going back into object more it fit perfect 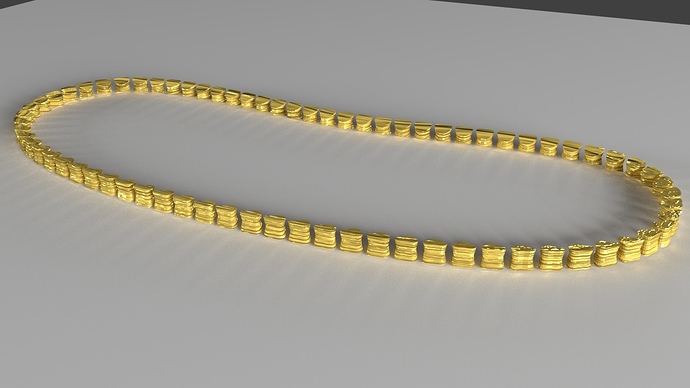