Can We Please get an Option to turn off all confirmation dialogues?

So I leave Blender for about 8 years.

I come back, and I love it, except for one thing. My workflow has been impeded GREATLY by a barrage of confirmation dialogues that have been added since.

It started with the quit confirmation dialogue. People started to say it felt “weird”. It was “weird” that pressing ctrl +Q just quit. No confirmation dialogue. No nothing. But it never really was a big deal. Very few people ever had catastrophic failures in their projects from accidentally hitting ctrl + Q. It was just that it “felt weird”. I’ll admit, it felt wierd to me… …but somebody somewhere, thought, when designing Blender, that it was actually… …useless. The quit confirmation is actually useless. And that designer was right. It may feel weird to have no confirmation… …but the best softwares are ones that can execute your commands as fast as possible.

That was before even CTRL + Z worked well or at all.

So, the more professional you get in your coding and modelling, the more often you hit CTRL + S. That is how you are supposed to safeguard your projects. Save, save, save.

In fact, even one of the best tools to negate the need for confirmation dialogues, has itself been compromised by this creeping dialogue confirmation weed in Blender; CTRL + S…

Let me just back up for a second, and explain the underlying philosophy, and original philosophy of Blender:

Blender was supposed to be fast… …nosebleed fast. And it was. It specifically went the route of hotkeys to make actual workflow as fast as possible. And it was great.

It is not anymore. Why? Because instead of executing commands, as told to, it added a bunch of confirmation pop-ups.

…Back to CTRL + S. Use to be, (and lots of tools do this, like IDEs), when you hit CTRL + S, blender saved without even asking where. I know this sounds scary, but this is how it should be, and how it is done in many other softwares, especially ones where saving often is a necessary habit. (I personally probably save once every minute at least, and rarely go five minutes without saving).

SO WHY EVEN WASTE MY TIME ASKING IF I WANT TO SAVE IT?

Where else did this little time killing weed infest over 8 years?

Used to be, when editing a mesh. If you were in FACES mode, and you selected some FACES, and pressed delete… …Blender, like the nosebleed fast workflow software it WAS, simply deleted the selected FACES. It didn’t ask. It didn’t ask what you meant. Did not ask if you were sure (Thank god it still doesn’t). If you were in faces mode, you meant to delete faces. Simple. If I give the command, I want the command carried out. I don’t want to be asked what I mean.

If you are a low poly modeler, every vertex, edge and face has meaning. It is hair pulling frustrating to NOW have to confirm every single time you try to delete something with the delete key. Instead of just hitting delete, and being done with it, you now have to select which parts you want to delete. In this case, Blender GOT DUMBER. It used to be smarter. If you were in vertex mode, and hit delete, it knew exactly what you meant. Now it has to ask.

And there is NO REASON for this. The reasoning is this theoretical “what is someone wanted to delete something else”. Then they should go in the mode they want to delete, and delete it. More often than not, if they want to delete vertexes, they are already in vertex mode. The only reason for this dialogue box to exist is if you are in combined mode. (ie edges and vertex).

And basically, it comes down to this:
The counter argument, and actual realistic way things work, where the software is based on actual real practice, and not whaddabouts and whaddifs, is:

These two key pairs take care of every single whaddabout and whaddif. They are also some of, if not THE professional, and noobs, favorite key combos. They get used more than anything, for anybody, guarantee it.

There is just no reason to have this growing confirmation dialogue box creep. It’s just a weed built on whaddabouts and whaddifs. I can imagine Blender 10 years in the future, where every argument for “safety” and whaddabouts and Whaddifs eventually “errs on the side of caution”. Hotkey combos will be irrelevant, because every time you press a hotkey, you’ll get asked, “are you sure” or “maybe you didn’t mean in this mode, what mode did you mean?” or “you are deleting more than one object, are you sure you wanted to delete the other objects too?” when you have multiple objects selected.

Now I could, start a suggestion for this. I could argue that sometimes people have multiple objects selected, and when they hit the delete key, they only wanted to delete the active object, and not all the objects. I could argue, for the sake of safety, that people should get a dialogue box that comes up when you press delete, that has these options:
*Delete Active
*Delete All Selected
*cancel

You know, so people don’t accidentally delete a bunch of things they didn’t mean to. And I am sure some people would think for a bit, and say, “Yeah, good idea, NeOmega, that will surely save heartbreak tears and frustration down the road”

It will waste literally MILLIONS of manhours in the end, only to “solve” a problem that simply does not exist.

TL:DR
When a hotkey command is given, it should be executed, in whatever mode it is in, without question.
If, when that 1/10,000 time happens, where somebody did not mean it, there is CTRL + Z.

Please, at least a simple checkbox, option for some of us who don’t like reminding us what we do :yes: Because we know, are aware and why would any sane person press specific combination, if she/he doesn’t want to use it…

Not all of us are homo ignoramuses wanting to consume everything from this world.

(i think developers above all should know the feeling) 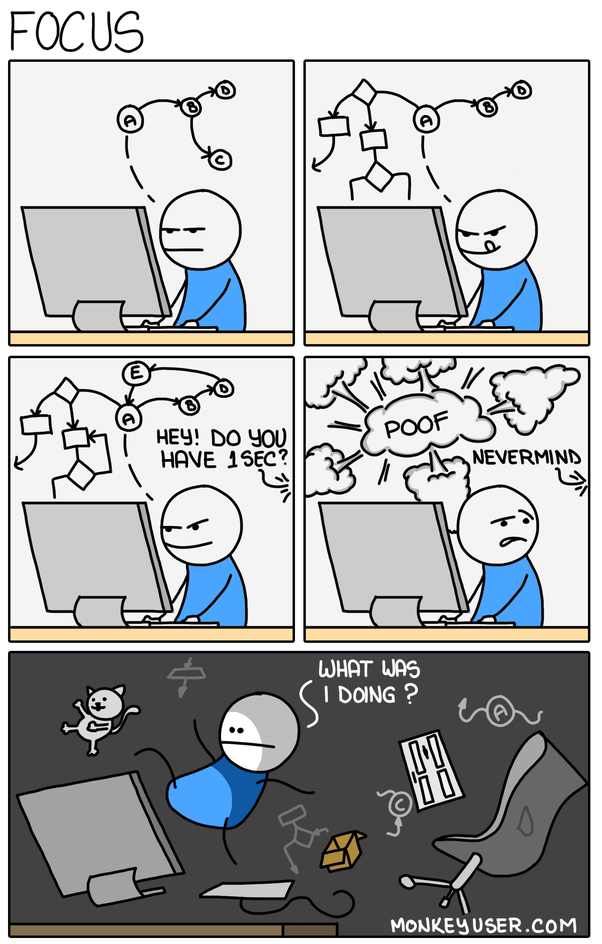 To save without confirmation

Edit:
If you want an insta-quit hotkey to Ctrl Q

Edit2:
For object mode delete without prompt, you can use this addon attached to this post.
The original script can be found here.
I’ve edited the script to add Undo flag. You need to manually assign a hotkey for this - steps below.

i like the confirms. and in fact we say there should be better warnings when closing.

blender is no longer a niche program, if its going to compete with industry standard software, it needs to inherit some standard things, like warnings when data will be lost.

i like the delete menu, its very effective imho. i have no comment about the save warning, though it seems hindering. i use the menu, laugh all you like, but i learned 3d on a program where the ctrl-s could crash.

the undo feature doesnt work well enough to be relied on.

blender is no longer a niche program, if its going to compete with industry standard software, it needs to inherit some standard things, like warnings when data will be lost.

Please tell me of the time when being prompted as to whether you wanted to save or not saved… anything.
It is a completely useless “function”. Nobody EVER lost a ton of work by accidentally saving. Ever.
I am sure some people can think of hypothetical what ifs, but in the real world, it simply is not an issue.

OMGEE NOOO I DINNIT WANNA SAVE< NOW EVERYTHING IS RUINED

said no one, ever. Especially after CTRL Z.

But what “data loss warnings” are you talking about?

i like the delete menu, its very effective imho.

Now, you can literally select a single vertice, hit delete, and Blender still asks if you want to delete vertices edges or faces. LoL.

FFS, the delete key isnt even on the main keyboard. It’s about the only key in that area ever used for anything, (except wierdos who use the otehrs in animating

) When your hand goes to delete, it isn’t a G-D accident.

I know they introduced that “feature” before 2015.

To save without confirmation

Edit:
If you want an insta-quit hotkey to Ctrl Q

Edit2:
For object mode delete without prompt, you can use this addon attached to this post.
The original script can be found here.
I’ve edited the script to add Undo flag. You need to manually assign a hotkey for this - steps below.

Well, I didn’t even know the object mode had a delete prompt, as I actually rarely do multiple object scenes. (I do mostly high poly single meshes to low poly single meshes). But it doesn’t surprise me if there are more second guessing prompts. I hate being second guessed. I hate failsafes and foolproofs, because I am not a fail or a fool.

I am keeping the quit prompt… …that just felt too weird without it. Ill try trick to get rid of the save prompt, (because that does annoy me greatly), but the most frustrating is the delete vertices/edges or faces dialogue that somehow one day appeared in Blender.

this is so handy, thank you both

i agree, prompting to save is stupid.

what if you want to select by face, then delete verts? you would need to switch to vert mode. just trading one click for another.

i use sketchup 8 pro all the time. no delete confirms there.

anytime blender closes, you should be given a good reliable warning if theres unsaved data. right now blender doesnt warn when you close the console or after you run a game in standalone mode. for a bge user its a nightmare.

this is my personal opinion, no sense starting an argument.

i agree, prompting to save is stupid.

what if you want to select by face, then delete verts? you would need to switch to vert mode. just trading one click for another.

i use sketchup 8 pro all the time. no delete confirms there.

anytime blender closes, you should be given a good reliable warning if theres unsaved data. right now blender doesnt warn when you close the console or after you run a game in standalone mode. for a bge user its a nightmare.

this is my personal opinion, no sense starting an argument.

i agree, there should always be a prompt if you close and have unsaved data.

Removing confirmations seems to be a slow process, but in 2.8 beta, you can now delete in object mode using the delete key without any confirmations: https://developer.blender.org/D3953

However, in edit mode you still have to choose a variety of deleting methods. I think they should add another function on the delete key in edit mode. There should be a default delete method chosen so no menu pops up. The default method should either be the one most used often or the’ logical’ operation (deleting a face = face deleted). However, it’s probably best to let the user choose the default deleting method.

In the mean time, there’s an add on: