Cannot understand why this is a non-manifold element..

Coming back to Blender again after a year I am stuck with a simple, but annoying problem. I am making a drawer for a table. As soon as I made the bottom face for the drawer it says it is non-manifold. I have checked for doubles and I have tried to see if it overlaps anything. I just can’t see how it is possible that this is a non-manifold element. Any help would be appreciated. 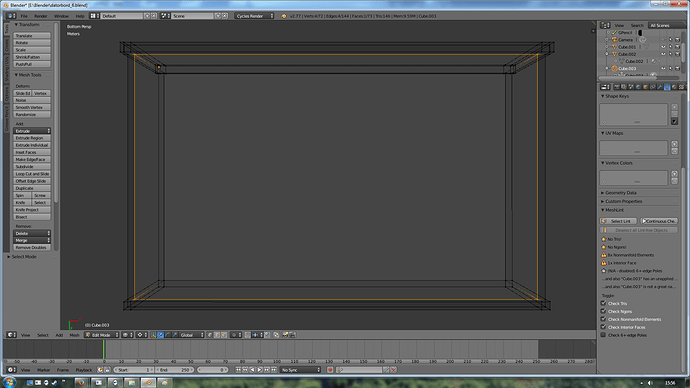 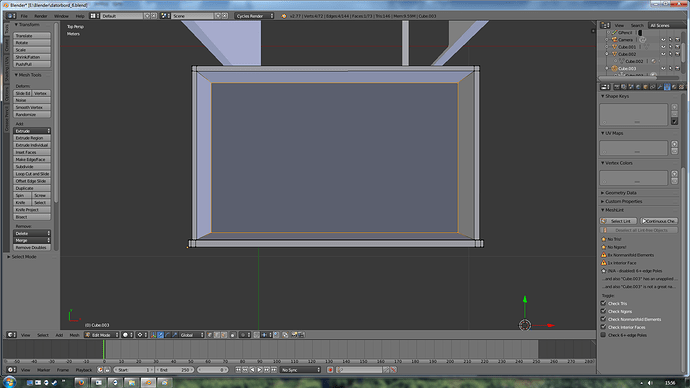 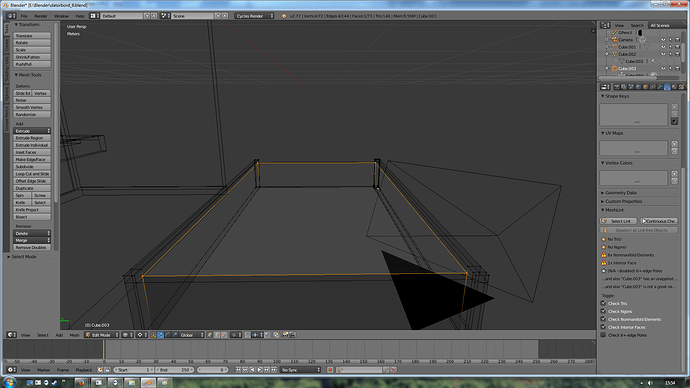 When a model like that is modeled as connected geometry, all its mesh elements should be used to describe one surface, and the face you have isn’t.

When a model like that is modeled as connected geometry, all its mesh elements should be used to describe one surface, and the face you have isn’t.

Sorry, I am not 100% sure what you mean by that. How can I solve this the easiest way?

By giving it thickness everywhere. Another way is to remove faces so that there are no edges that would share more than two faces, which might mean open edges which in turn would also be non-manifold, but more acceptable and often used. 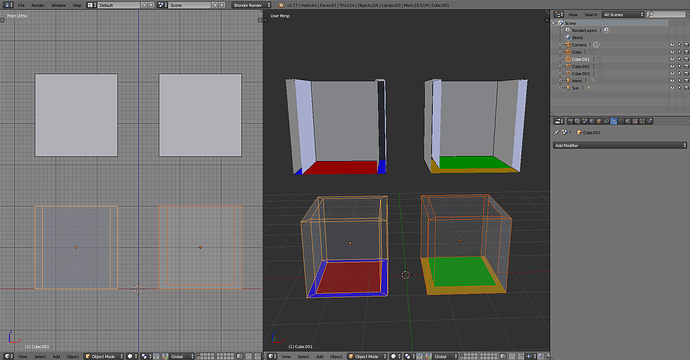 Next time include a .blend file so that it’s actually possible to see what is going on and use it to answer.

Thank you for such a detailed answer JA12. I am trying to make an exact 3D-copy of my computer desk. I measured and made the drawers sides and then connected them. I will try what you said and see if I can manage that. Maybe a bit late, but here is my blend file.

You’re welcome. Yes it was more detailed, but incomplete answer.

What I meant by having a connected geometry describe one surface is this:
Polygonal modeling is a surface type modeling paradigm, and polygons are used to approximate object’s surface(s). That is what it says if you look it up from wikipedia but the description is rather meaningless for a reader who is not familiar with the theory and how that might compare to other modeling paradigms. Usual descriptions of non-manifold mesh errors don’t help with that, just confuse more with the terminology and with all the examples.

Understanding non-manifold mesh errors is much simpler when looking at it from a perspective of what polygonal modeling is and what you’re supposed to model. 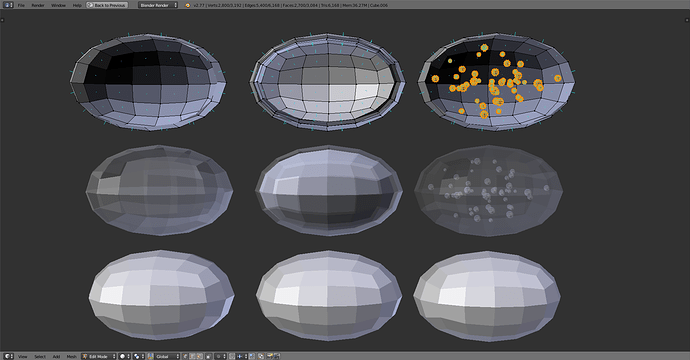 screen.png1920×1004 99.3 KB
Left column:
Here is a surprisingly uniform potato approximated very roughly with polygons. It’s a raw potato, it’s solid, so it only has one surface we see and need to model.

All mesh elements in it are used to describe that one surface and they’re all connected. The faces/polygons have a direction and they are pointing out, describing which part of the model is solid (inside) and which is not (outside). It’s a manifold mesh.

Middle column:
This one has two surfaces, outer and inner, so it’s a hollow object. Normals (face directions) are set to point in such way that it describes a solid between the two surfaces. Again a manifold mesh. Any deviation would cause the mesh to be non-manifold, including the ones listed in the previous column, and also extra mesh elements connecting these two surfaces.

Right column:
This one has many surfaces. It could be a liquid with bubbles inside, or a solid with larger pockets trapped in it as a defect. It’s the same as with the hollow model, except that this one has many inside surfaces (50) instead of one. Also manifold geometry.

Thanks again for further explanation, I really appreciate it and I think I understand a bit more now. There is always something new to learn in Blender! If you want (not necessarily) you can send the examples in a blend-file if you have.