can't make myself use Edit mode for creating models

i want to do some hard surface modelling and Edit mode seems like an obviously better choice that sculpting or modelling with Metaballs, and it seems like many things would’ve been easier to do in Edit mode, but there’s one thing: i just get paralyzed when i have to decide what and how should i build in Edit mode. it’s so easy during Sculpting or making a shape through Metaballs - all the tools are right there, the result is easy to imagine and i know right away what am i going to use for th next step.

should i just get down to doing various Edit mode tutorials? should i practice using each separate tool more so it would be easier to remember what to use and imagine what will i get? maybe learn some tricks and combos for making certain things? or practice by reproducing other people’s work? do i even have to try - are there many things that can’t be achieved through sculpting+retopo?

I feel your pain. To me sculpting is very natural way to make models, and retopo then after if needed. I’m also making my travel with hardsurface modeling, because sometimes it is more natural and suits better. The empty “canvas” is a tough challenge.

I usually start by drawing something on paper, and when that seems something I want to do, I change to Blender and start adding different shapes of primitives to the scene. At some point, it resembles the drawing on paper, so I start making the actual hard surface. It’s not retopoing, but something like that.

One tip more: our real world is constructed by different objects, even if in one large object. So don’t try to make one large object of just one piece. Make many small pieces. Separate every time is seems to be a good idea.

I am pretty sure that the only tools you really use in edit mode are the extrude and move tools.

But yeah, look around at some blender modeling timelapses(Googling the baroque ones might be a good start), as Blender’s edit mode is pretty much one of the fastest most polished about it.

I think you should find another hobby…

what does that mean?

start adding different shapes of primitives to the scene. At some point, it resembles the drawing on paper, so I start making the actual hard surface. It’s not retopoing, but something like that.

so, you’re welding the figures together / cutting them out of each other? i could try that. all attention on the form, none on the topology. i think topology is what bothers me the msot in Edit mode.

Make many small pieces. Separate every time is seems to be a good idea.

thanks for the tip. i usually jsut keep doing everything in one piece because i think i could manage it when it is a better idea, as you mentioned, to make separate piece.

the “Dune” answer to this is: fear is the mind-killer.
but i think you should try learning to use edit mode. it is not a bad thing to learn new tools.
if you are patient, here is a good place to start: http://gryllus.net/Blender/3D.html.
that’s how i started learning blender.

Funny,
It’s the opposite of my case,
I despise sculpting and I try to avoid sculpting at all costs.
Metaballs too.

But I still use them when I need to.

I got a way where you can still model robots but not really “modelling” robots,

see this?
It’s 100% sculpted in Zbrush by Vitaly Burgalov

You are a sculptor, not a modeller.

And that’s just fine. take advantage of that.

With new technology like Zremesher(or… the open source equivalent, Instant meshes) and Dynamesh(or you know, blender’s dynatopo)
There’s no real reason not to just stick with sculpting

I find edit mode is where you want to be once you KNOW what your object is going to look like. Sculpting/metaballs are, as I think you’re experiencing, more intuitive for coming up with the concept and laying out shapes etc.

So I think your workflow shouldn’t be to stop using sculpt, but rather make a concept art in sculpt and then use that to build the object in edit mode.

Once you’ve done this a few times I think you will find that a lot of that uncertainty goes away, since you will have experience. In other words, once you’ve gone from a sculpt of, say, a shoulder joint, and built a mesh of it in edit mode, you’ll feel more confident to build that kind of joint directly in edit mode since you’ll remember the steps.

Also, as others have said a great place to start with edit mode is simple “box modelling,” in other words start with a cube and extrude out from it to make a shape. For instance you can make a very basic human/creature with limbs quite quickly this way, then smooth it out with subsurface and take it into sculpt for adding muscles and such. Then if you want you can retopologize in edit mode once more. 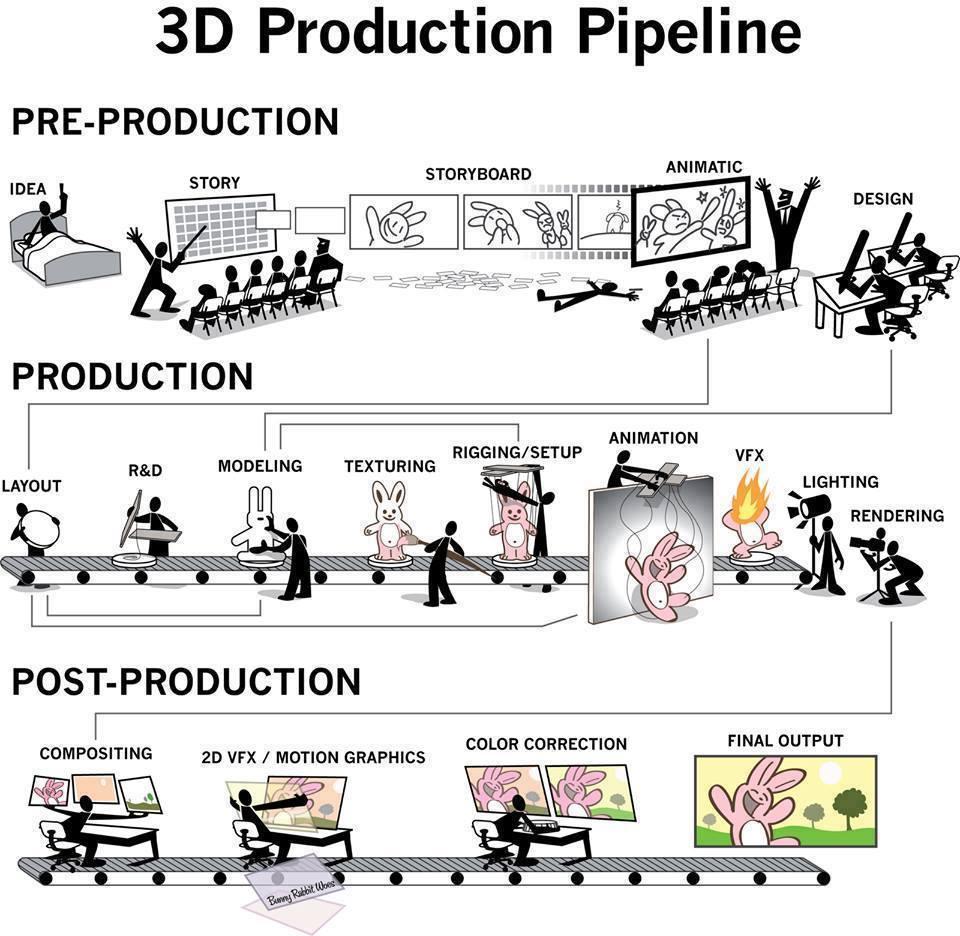 Simplified, the model pipeline could be story -> concept/design -> modeling -> stages that depend on the end use like: materials/textures, rigging, animation, lighting, rendering.

Sculpting, metaballs, blocking, skin modifier, etc. can be used for designing something or as a preparation for technical modeling. Main purpose is to get the forms (distinct from shape, which is the outline or external boundary of an object), proportions, or even the looks/style when designing.

The technical modeling part comes later in the pipeline and its purpose is to turn an existing design into a usable 3D model. Its structure fulfils requirements that come from the purpose of the model and the pipeline stages before that. The end result from the modeling stage can also be multiple models for various purposes, even if there is only one final model at the end of the process.

Edit mode tools as you call them are used with the understanding of what is being modeled (design, references), forms, requirements, and what those mean in terms of model structure. Combining the needed structure and available tools result to number of options/workflows to choose from. It’s possible to build a model structure with only handful of tools (extrude, move, cut, merge) but there are hundreds, including modifiers, which can affect your workflows by giving more options and making the modeling more efficient.

Sculpting -> retopology workflow breaks the modeling process to multiple steps which is good for complex designs. First understanding the forms/proportions/design, and then concentrating on the structure that better approximate the forms and take other requirements into account. That’s only one workflow though.

If you’re designing you shouldn’t be doing technical modeling part since there is no design to model yet, and it’s only waste of time to put a lot of thought in structures at that point. But if you’re not familiar with the different aspects of topology, model structures and different requirements for them are also unknown, and working with that in edit mode also feels difficult and unfamiliar.

That’s all natural because there is so much to learn: polygonal modeling basics, requirements from the end uses (still images, animation, game, 3D printing, other), requirements from the other pipeline stages (texturing, rigging, animation, rendering), topology which is a vast subject, and having to learn some tools after that seems quite a small step for a man (or a woman).

many thanks for all the great advices so far, i was not expecting to get so much help on such a vague topic! i’ll keep checking this thread for more answers, don’t want to miss on any bit of knowledge : )

Edit mode is good for most things, but I do find it better for mechanical things. It isn’t that much better or worse than other 3D programs. (Maybe one or two things I’d wish Blender had from elsewhere, but that’s about it.) There’s also two different ways to go about it. Some people like connecting dots and patching faces over them, and other people (myself included) like developing volumetric forms by starting with primitives and extruding, bridging, cutting them up, etc.

However it’s a few add-ons that make some things go faster or have an easier workflow.

The couple that I use to the point where edit mode potentially feels “broken” without:

Loop tools: adjust and relax edge-flows faster, also gives the ability to make circles out of faces or a series of edges.

F2: A way to re-work or fill in faces really fast. It’s possible to delete a whole bunch of faces in a gap, and patch it over with faces in a crossing direction. The speed which it lets you do this is what makes it awesome.

Bsurfaces: Lets you do lofting like stuff and some cool grease-pencil based tools. Not quite full featured NURBS stuff, but usually close enough.

Really though, much of this is about just about diving in and learning the workflow. You may still have your preferences to go the other way, but it’s cool to learn other options. Consider it as adding another tool to your skillset you didn’t have before.