am not looking directly at it. I swear this is a problem with 2.79b because I’ve never experienced this before and I know I’ve done this before.

The mesh is subdivided and a plane with no modifications. I can move my own everywhere and nothing sculpt, unless I tilt the view enough.

Also the geometry that is created when I tilt the view, if I go back to looking straight at the plane, I can sculpt wherever my pen touches where I created geometry from the tilted view.

My scale is 1 1 1, rot and loc are both 0. I only have a multires on it. There is no reason this should be happening and I’m sure this didn’t happen before 2.79b. 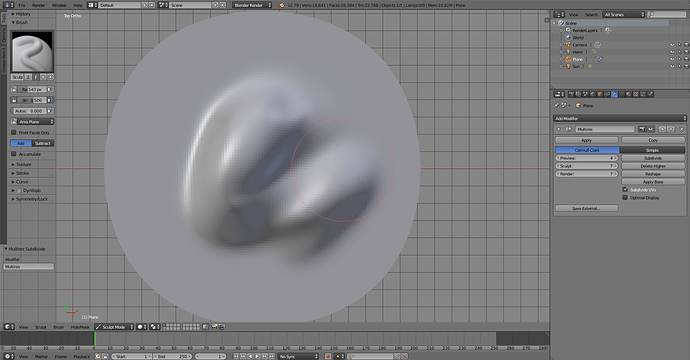 It’s plenty of information. Add plane, go into ortho 7 to top down, subdivide (dyntopo, multires, and applied subdivision all have the same effect), go to draw brush in sculpt mode and it exhibits the behavior outlined above. We aren’t talking a need for a blend file here.

Changing clipping distance doesn’t make a difference either and I don’t see the importance in uploading a blend file that is a default plane subdivided and sculpted on.

Btw, this is simple subdiv not catmull as I want it square.

I don’t have anyway to upload the blend anyways, but if you know a way I’ll do it.

Here’s the file. Sorry, I’ve wasted all day trying to figure out what’s wrong and it’s really got me stressed.I don’t know if it’s from a add-on I have or why something simple like sculpting on a flat plane should be giving me issues.

Here’s even weirder, I tilted and it steadily sculpted back and forth going upwards and look at the gap areas where it didn’t sculpt.

This entire area is one stroke but it seems to regularly leave gaps even when the pen is down. 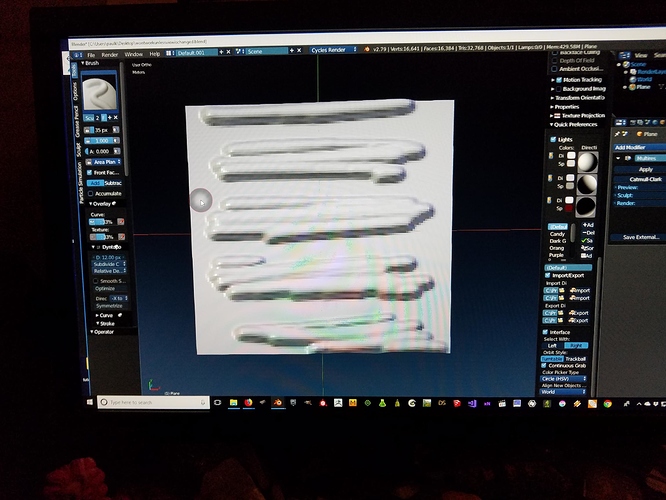 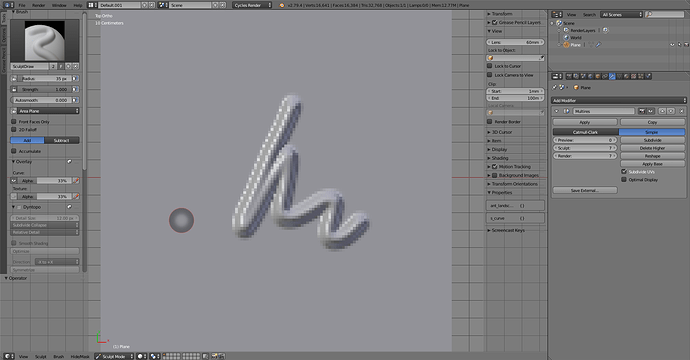 I’m able to replicate the issue with the file. Opening it with UI I can’t sculpt until I change the clipping end from 2km to 655m or below.

Opening the file with my own defaults I can sculpt on it.

The units are set to metric and the unit scale has been changed. The object size in the viewport is much bigger, 200m or 200 BU wide.

I see, yes lowering it stops that. Could you please help me understand why this is happening?

If it’s ortho, shouldn’t the distance not really matter? Also, why did that cause saturation patterns in the photo?

Thanks for helping me out. 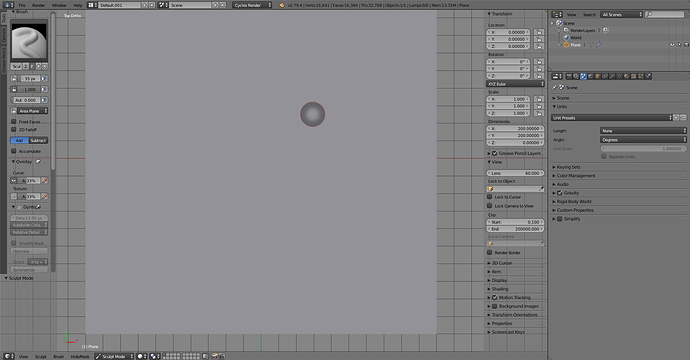 Don’t know the technical details but being in ortho doesn’t free up from Z buffer boundaries. It has come up in another occasion. If there are differences in the resolution accuracy compared to perspective, or how it affects sculpting specifically, that I don’t know.

Edit:
If sculpting uses z buffer for getting the depth information, it would make sense, but that’s just my speculation