Carving a Logo Into A Pumpkin

Im trying to “carve” a company logo into a pumpkin Ive modeled and Im not have much luck.

Ive tried a couple of different techniques and none of them have exactly been successful.

I had originally thought to use retopo to project an svg curve onto the surface of my pumpkin but two issues were happening there: a) part of the projected mesh was actually being projected to the inside of the pumpkin

and b) some of the curves werent being projected onto the pumpkin at all, indeed they seemed to project away from the pumpkin. Was I doing something wrong here, that was causing either of these issues?

Second I tried a boolean operation. but apparently the logo and the pumpkin were too complex. Blender locked up on me.

Third I tried a decal projected onto the surface. That however didnt look very realistic and was actually partially showing up on another pumpkin in front of the first one.

I really thought (continue to think) retopo would have been my best bet but unless Im doing something wrong as outlined above its just not wanting to co-operate.

Any help on this is, as always, highly appreciated.

with retopo you have to foolow the instruction precisely

this should work well

Thanks man. I guess there was just too much in the scene cluttering it up.
Removing everything except the object to be retopoed and the curve itself worked.

EDIT: Partial fix anyway. The logo now conforms to the mesh perfectly. Not sure its gonna help me carve the openings now. Hrmmmm

Now You Got The Logo On The Surface Of The Boject

Now You Got The Logo On The Surface Of The Boject

I had thought as much however…

Ctrl+ J for joining doesnt do anything. Im working on it still.

Assuming I get them joined I should be able to do the cutting as I had originally envisioned.

would be nice to see what you are at right now

this is basically where Im at. 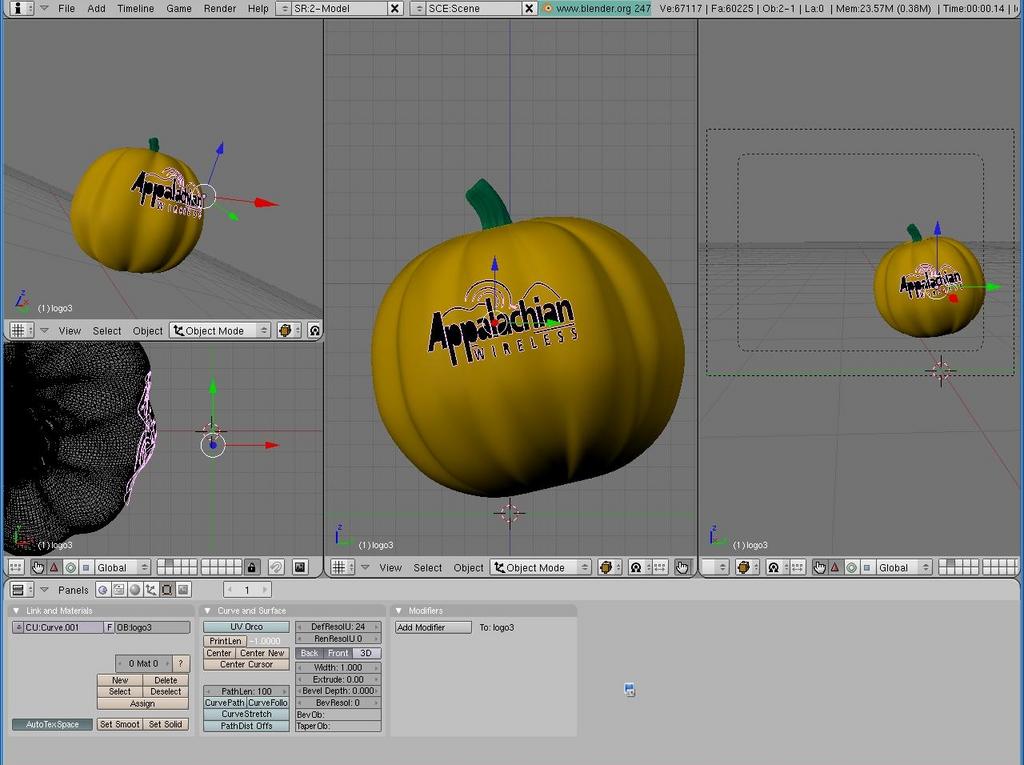 Well…there are textures on the pumpkins themselves as well as the ground.

Just still trying to figger out the best way of carving that logo into that back pumpkin.

As I said the logo curves conform to the shape of the pumpkin but I cant join the two items nor use the curves to “carve/remove” faces from the pumpkin. 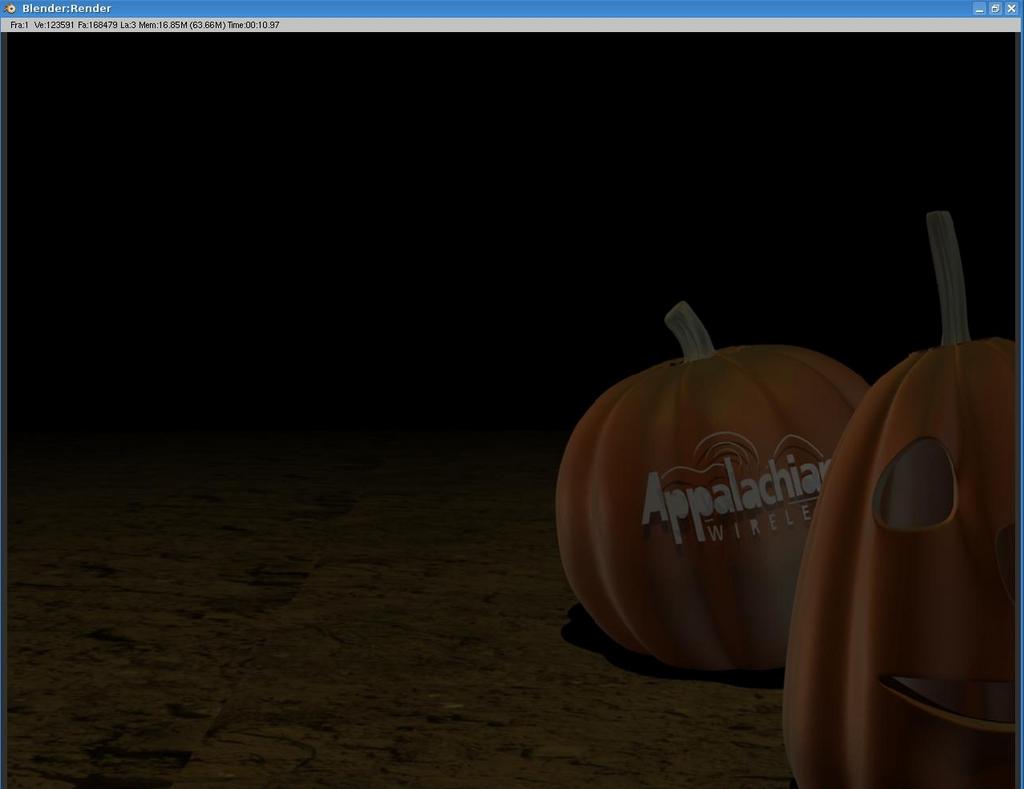 You can try the script Cookie Cut from View found in Object menu. 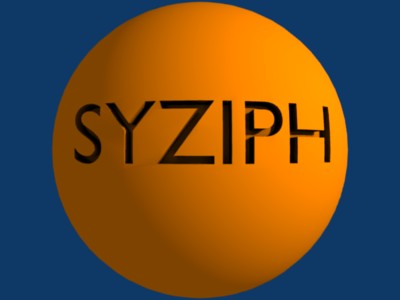 never used this one before

Nothing special about it. Its like Retopo All+Knife tool

Projects (according the view position) a closed loop of edges (no faces) in one object to another object and cuts the latter according to the projected lines. When entering the Edit mode the faces inside the cut are selected so you can extrude them immediatelly.

Aaah hrmmm…this seemed ot partially work as well. However it projected the “cutting mesh” all the way through to the other side of the mesh.

Is there a way to prevent this?

There is, either hide - H, or deselect the back side of the mesh.

Don’t know if this is up to date:-
http://www.tutorialized.com/view/tutorial/Cutting-Holes-in-Objects/37458

separate the surface you want to cut into a new object. after operation join them back and remove doubles.

can someone help with this thing
does it matter if there are vertices inside ?

Just use background images…
Or try an older version.

does it matter if there are vertices inside ?
Thanks

Yes it matters. Just create a loop of edges. No faces in that object should be present (i.e. delete the inner vertices).
Of course just like booleans it leaves a mess that should be cleaned but it saves a lot of work when you have to cut edges on exact path.
It is prefferable to use this script with high poly objects with no Subsurf modifier enabled.
The script is a part of Blender’s bundled scripts, so it works in 2.47 too. 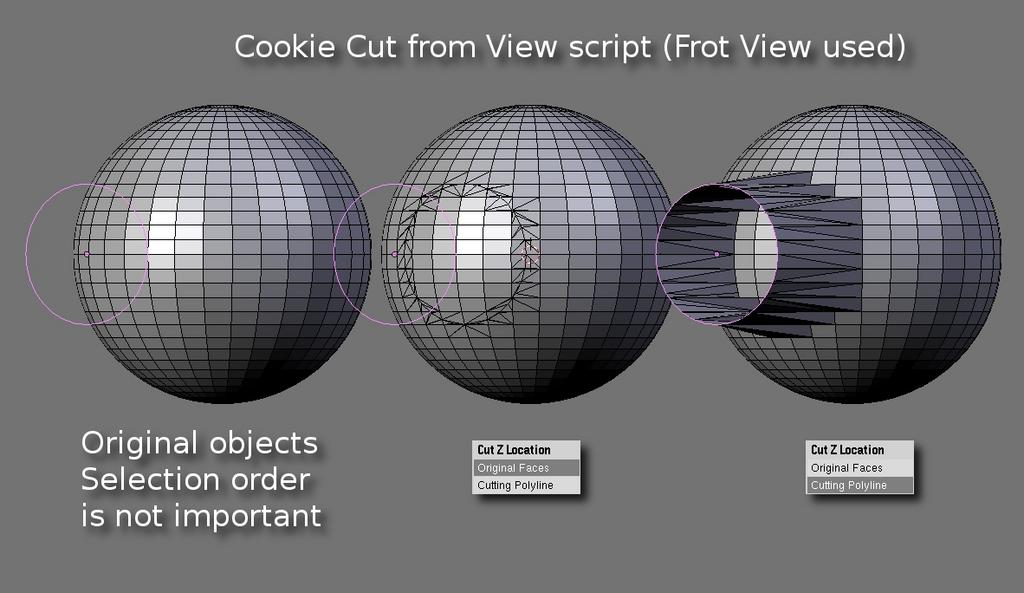 Aaah hrmmm…this seemed ot partially work as well. However it projected the “cutting mesh” all the way through to the other side of the mesh.

Is there a way to prevent this?