First personal project of the year. Let me know what you think! 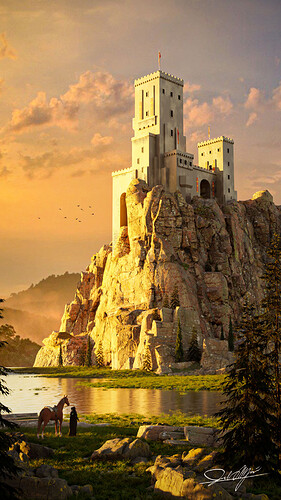 I love the composition and the quality of the models, textures and lighting. The castle itself looks a bit lifeless though. As a viewer I can’t be sure whether it’s inhabited at the moment. There’s no people near the castle, no smoke or banners or toches or other man-made accessories. But it doesn’t look old or derelict or abandoned either.

I love it. It would be great to see some behind the scenes/process. The lighting and environment are great. The castle needs some more detail or something to really match it all better I think. 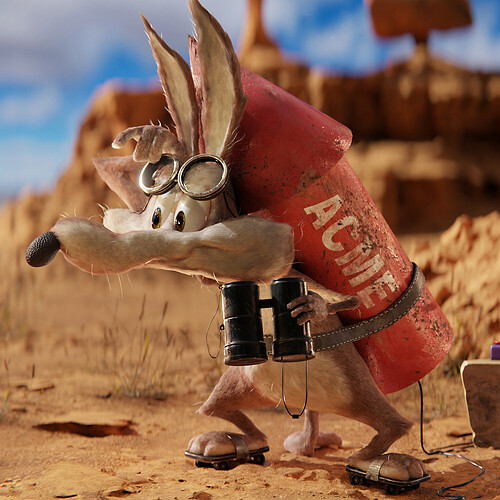 Great composition and the rock is especially good!

Made a few changes to the post, so feel free to check that out. I actually used the blender sky texture for the lighting rather than an HDRI for this one.

I also really like the composition, as others mentioned.
One teeny tiny thing is the castle, as it could be a bitore detailed or worn, maybe some smoke, as mentioned above, unless the idea is that it’s abandoned.

Otherwise, it looks like a perfect illustration, I could imagine it in a historical or fantasy novel. Definitely keep it up!

I kind of wish I had a before and after, but I think it does look improved.

It looks improved, although, both renders are good! Although this one is of course much more gaudy. (in a good way…)

Nice additions, the changes breathe life into the castle. I like the new version even more than the old one.

That’s insanely well made render! Where did you get the rocks from?