This is my very first model…
I am new to blender and modeling so i still need to learn a lot!

I first watched some tutorials and made some very basic furniture to get used to the ideas of modeling and interface of blender.

This is the first stage of my first model. I took some images on the net and put them as background in blender.
Currently i just boxed the shape of the cessna and will add the details in the next stage.
Is this the correct workflow? First create a very simple shape and then add details?

I only have quite some issues modeling the correct shape of the propellor. I definitly will need to redo it. Also the bars connecting the wing to the plane have way to much faces so i will redo them also with less faces.

All comments are more then welcome. I have no problem in redoing some parts because i just do it to learn blender and to learn the process of modeling.

A;so enable subsurf modifier.
And here is a tutorial on how to set up those blueprints: http://vimeo.com/27596016

Thanks for the info. I found some blueprints myself but yours seem better.
I already modified the tail. It looks a bit more realistic.
I will use the blueprints from your link and make modifications.

I also notice that many people use the mirror modifier for cars and so on. Should i also do this for the cessna? This would require me to restart. I’m here to learn so i don’t realy care.

So yes by all means use it it will most likely make modeling easier since you only do one side.
(updated previous post…added airfoil link)

You shouldn’t have to restart to use the mirror modifier. All you need to do is add a loopcut so that there is a line down the center of the plane, then delete everything on one side and add the mirror modifier (you might have to change which axis it is mirrored across).

I started over. I wasn’t happy with the topology. I hope it’s better now. I watched the tutorial about setting the reference images. It was very helpfull.
I started over a few times. Hope it’s better now. What do you think?
I need to add lots of details and make the surface more smooth by using the subdivision surface and so on. I also need to model the flaps and the back of the wing because that takes quite some detail.
I also added the .blend file so you might take a look at it and see if it’s ok. Any advice is more than welcome. 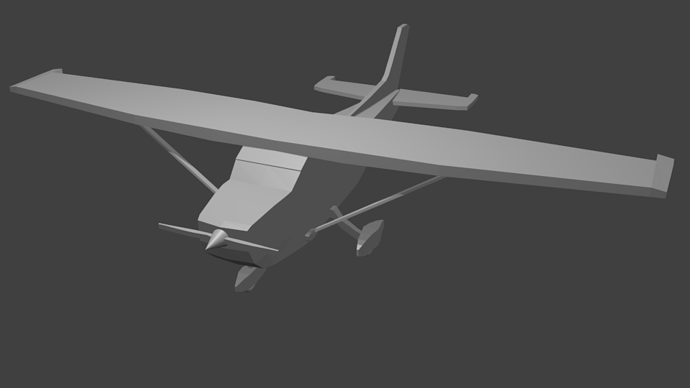 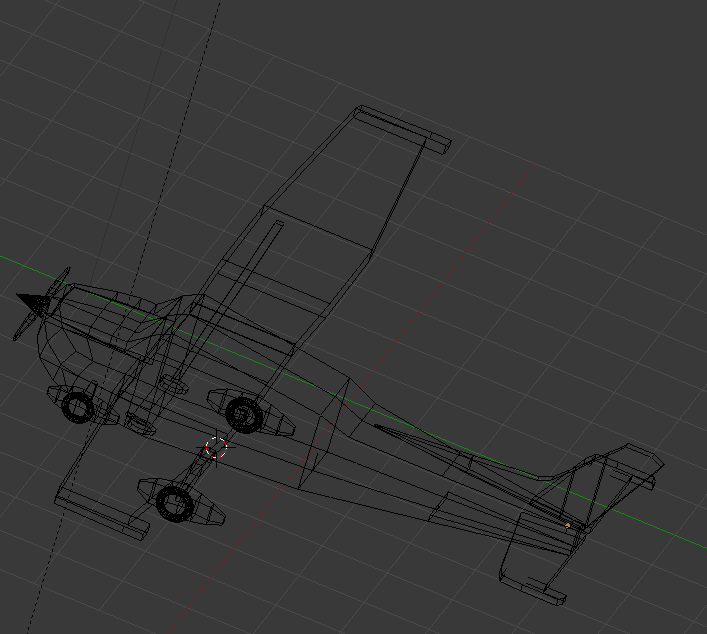 Sorry to say this but its a terrible model. Having said that, its OK that is terrible! It is actually quite good for a begginer. I wish i could have done something like this when i started.
So where to go from now?
Well here is a suggestion… Try do focus on one part now, say the wings. Use the airfoil image i provided a link to in my1st post and try to model that. ( that is the crossection if you were confused, but u probably wasnt). So model that then extrude it from the center to the end and scale it down.
Here is an example wing from my zoomer project.
And a guide image so you can curve the end.
By the time you are done with this part, you might have learned some new tecniques and got a feel for edgeflow a bit. That should help when you are moddeling something a bit more complex (the body)
Good luck, waiting for your progress. 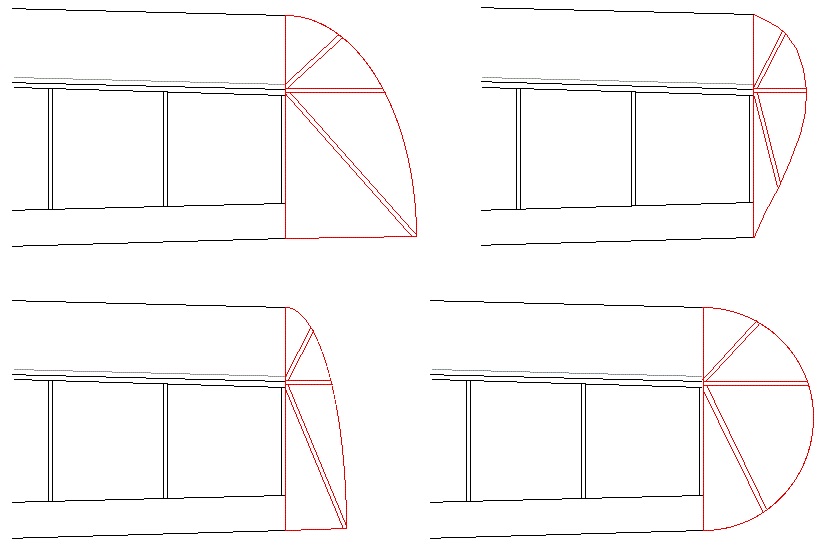 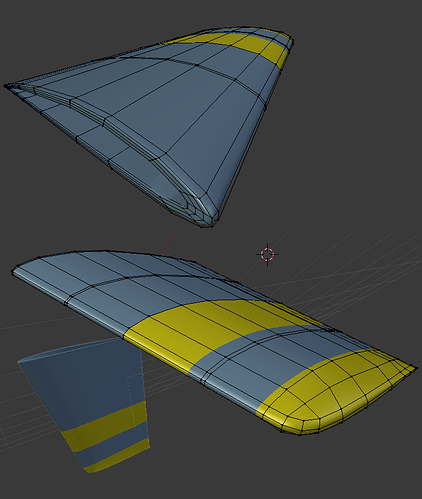 Thanks for the reply. I don’t mind having a bad model at the moment. As i said, i just create the cessna as a learning project and the best experience is learning from your mistakes. (or have i selected a to difficult project to learn?).

I’m glad i make mistakes so i can learn from them. In the meantime i have learned to understand the interface way better and some basic techniques.

I will now start to focus on the wings. I’ll post an update when it’s done.

Thanks for being honnest

First of all, it is a nice model for a beginner, as DDD said, I wish I could have done something like that in my first times at Blender!

Some notes: you might want to re-model the wheels and propeler, just because they have too many faces. You might get along with less, which will in the end help you in render time, and so on and so on…

But go for it! Learn by doing, that’s the Blender style!

My first project was a Sci-Fi Plane called the Hellbat. In the beginning, its all about patience. Start small, conserve vertex count, and play with the tools.

Hey so i found some cool reference images on this site, scroll down to see them.
http://www.airmartplanes.com/07_cessna172SP_N15255.html