I have been really busy with school, but this weekend I found a bunch of time to work on my entry, and mark my words I will finish. Anyway here is the main char of the picture. 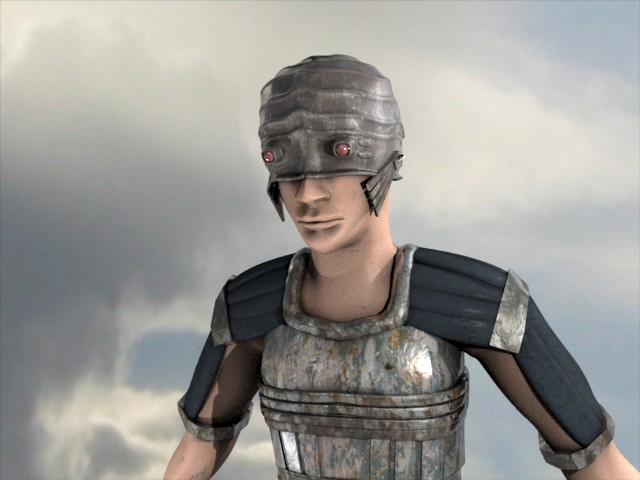 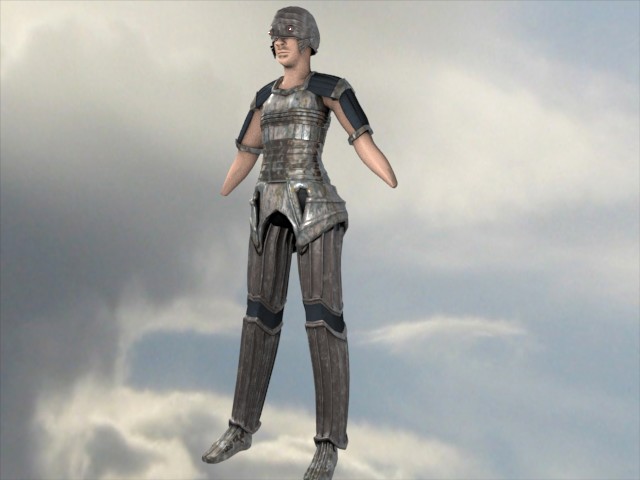 Please no huge crits since I am running out of time on this project but any minor problems, that need fixing, feel free to tell me.

The eyes in the helmet seem a little to far apart. Also, you might want to work a little more on the knee joints. Otherwise, very good work so far.

it looks like a female due to the extra bulge at the hip area, and the feet look small for the legs (try reducing armour width down side / increase feet size)

It’s not only the hips that make it look female, the fact that the feet are small, hips are big and torso is small as well, very small chest. Perhaps give him more of a barrel chest, beef up the ribcage a bit, and add larger pecks, doesn’t need to be a body builder but a little larger would help a lot. Agree on the eyes on the helmet, too far apart, unless there is some sort of screen on the inside that adjusts for that?

Sorry for the delayed response, my computer crashed.
Thanks for the comments, I agree he needed some beefing up. Due to the extreme slowness of the blender internal with AO I had to switch to yafray so here is a shot of the scene it is almost done, besides some few details. 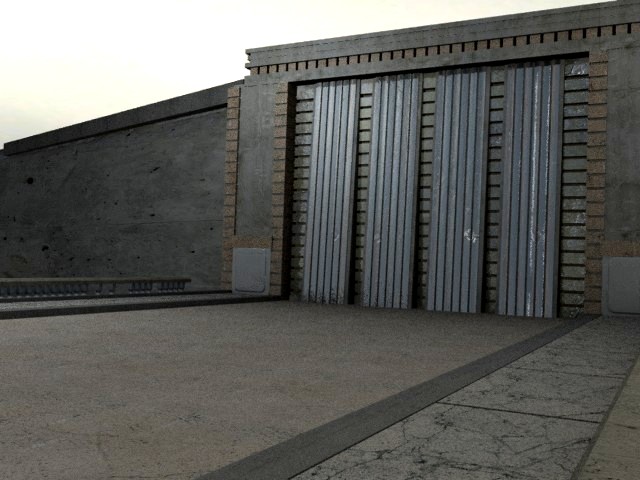 Its a gate to a fortress, I am now working on a mech of some sort.
next update will be soon

Here is the model for the mech. By real late tomorrow night the picture will be finished not rendered or post pro yet but finished, atleast thats the goal. 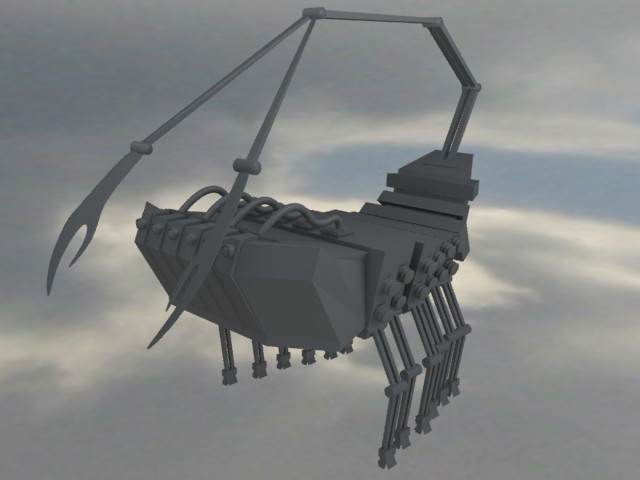 This is pretty much the final image, so if you have anything to say it really really soon, because I have to render a really hi-res one now, 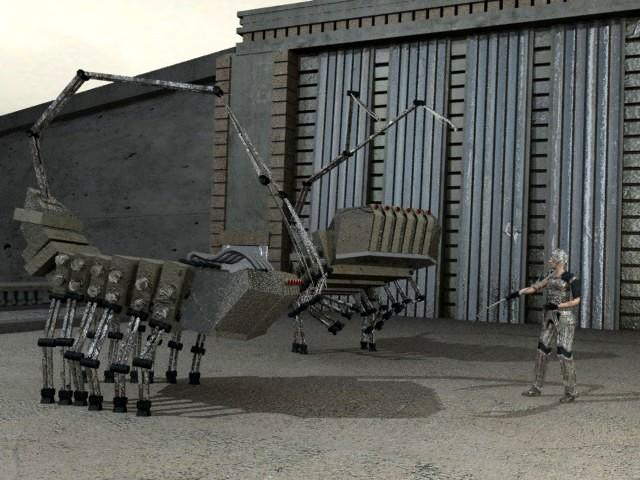 His pose is way to stiff. I would think he would be crouching more. The robots don’t look too fierce yet, they look like they are just standing there waiting to be destroyed. Also shallow depth of field may help too. You may want to try a different angle like an over the shoulder shot too. Hope this helps.

the robots are a bit hard to make out, they blend in with the background a little. theye doesn’t look to be any fighting going on in the scene really, there should be more action and less pose.

And to be truthfull, the image doesn’t really seem ‘spectacular’ at all. You are on the right track, maybe if the robots were extremely big and it looked like he was winning the fight or something.

Overall it looks okay for what it is at the moment.

Seems that you did the final render allready, when checking the time.
But if you got still time, here is a suggestion:
The most complex model/nicest model is way too small, arrangement could be so that the dude fills the screen almost from top to bottom on one side, that is what i think anyway. Nice modelling and texturing.

i have to agree with the earlier criticisms. the composition is static, the lighting too even, and the characters get lost in the background. try moving the camera around, and try to find an element to focus on, then adjust your lighting to emphasize that element, which should pull it from the background. but it is looking good.

rather than trying to show everything, try to emphasize the strongest elements, and create some dynamic tension with the characters.

good luck , and keep at it, you are almost there.

i dont want to mean or anything, but i don’t think thats going to come close to winning in the contest, sry.

Also, your scene is not telling the reader anything, no story, no deeper meaning, its just simply two creatures attacking a man.

There is no emotion in either the man, or the machines. If you are only going to have those three characters, and a simple wall as a backround, its simply not enough detail. Simply put “its boring”

The contest is supposed to be “spectacular” and i dont think this render shows it.

this is all hard critique so, dont take it hard.
A few things to improve this render: (i know you have no time, but if you happen to work on it later)

A much more complex backround, if you arent going to tell the story with the three characters, tell it with the backround, i have no idea what your concept of a story was so i cant really help you there, perhaps create a much larger battle?

I would scrap the mech, and re-design it, i don’t find it all to appealing or interesting. Though i do like your human character.

The three characters, should have better poses, especially the human. He needs to be doing something other than standing there, have him about to strike one of them, crouching to miss one of the stabbing stinger thing from the machine, have him trying to fight off near death, HE NEEDS EMOTION! Make the reader have sympathy or hate for him, i know all of these are daunting tasks, but this is a contest in which professionals all around the world are competing in, the bar is set high.

ouch lol,
I made alot of changes, so hopefully its better.

Thanks for the crits